Work on the first APROP building project is under way in the Gòtic neighbourhood in Ciutat Vella and should be ready in October. This new model of quick-build temporary housing will help increase the public housing stock and fight gentrification. 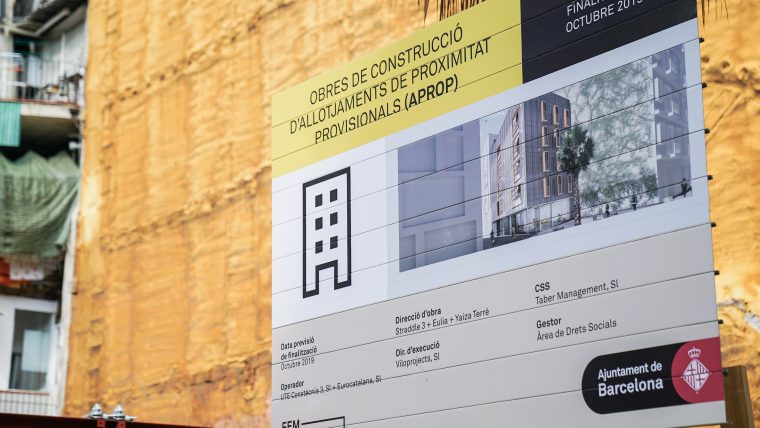 The first homes will house vulnerable families in the district of Ciutat Vella. The block is located at Carrer Nou de Sant Francesc, 8-10, and includes:

The process to allocate the flats will begin at the end of October and families will be able to occupy them provisionally while they wait for definitive social housing.

The right to housing as a priority

The APROP project is designed to complement the Right to Housing Plan, offering a quicker response to the urgent need for social housing, boosting the public housing stock and helping fight gentrification.

The pilot project for provisional homes includes three blocks of flats with an overall capacity for 250 people. Besides the building now being installed in Ciutat Vella, two further projects will be tendered in Sants-Montjuïc and Sant Martí.

The time needed to get these temporary homes ready is shortened to a few months or a year, much quicker that the time needed to build ordinary public housing, which can take between six and seven years.

This is because the homes are constructed using pre-fabricated modules made from shipping containers which have been repaired and adapted.

Once the modules are in place, other elements such as the lift, stairs and connecting areas are built and finally the façade and the rooftop are added.

The buildings are to be constructed on plots of land set aside for public housing. When definitive building projects are approved for the sites in question the temporary blocks can be dismantled and moved to another site. 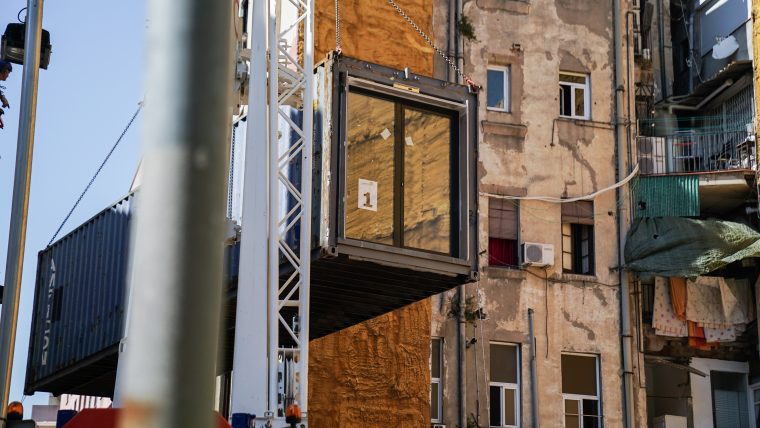 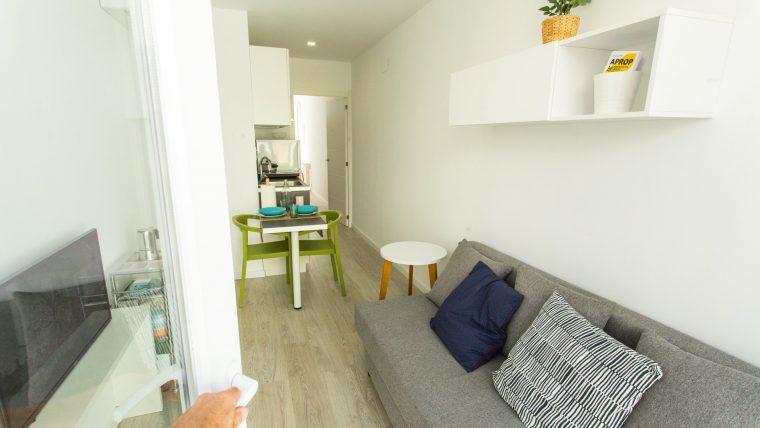 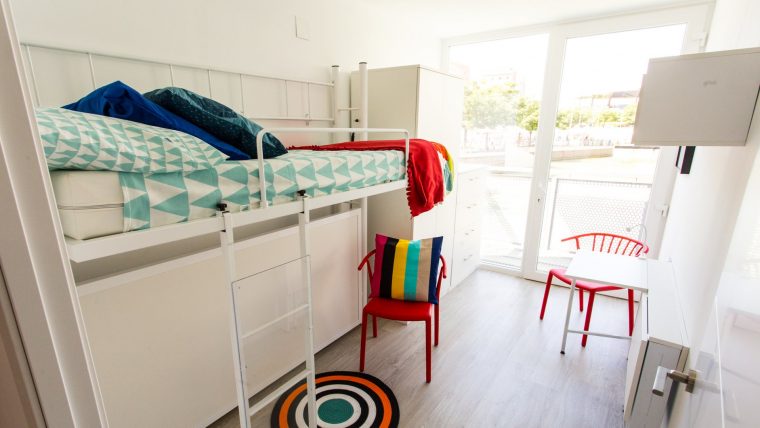