The Municipal Data Office (OMD) has presented data from the survey conducted among Barcelona’s inhabitants from 6 to 16 April and gauging their perception of health, home-confinement, the economy and employment during the Covid-19 crisis. 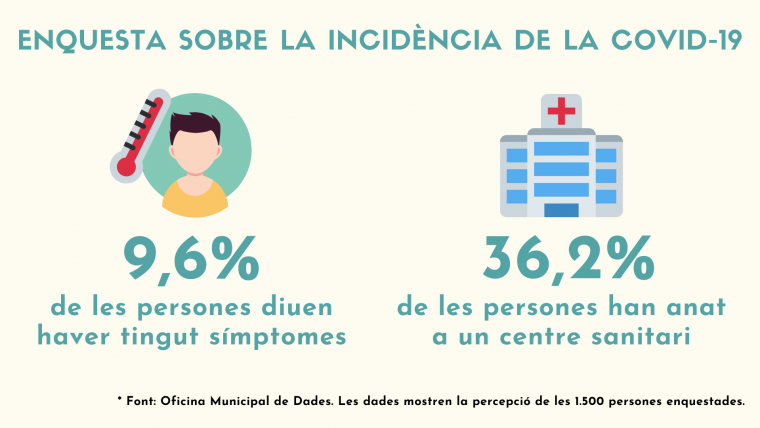 The survey on Covid-19 in Barcelona analyses the impact of the situation caused by the coronavirus in four basic areas: health, work, lockdown and the perception of the crisis, and institutional management. The goal is to conduct 900 surveys a week, until things get back to normal, to gauge the opinions of Barcelona inhabitants over the age of 16 and assess the way people’s perception evolves in relation to the current situation.

As fieldwork progresses and more information becomes available, the analytical potential of the survey will increase. Among other things, this data will allow district breakdowns on people considered symptomatic, information on which sectors have seen more temporary lay-offs or job losses etc.

Results of the first survey

Data on the general perception of the situation show that 86.1% of people in Barcelona are worried or very worried, a concern which also increases as the days go by. Besides care of the sick, the economy is the issue which worries most people right now (with 32.4% of answers), followed by other health-related topics, such as improvements to healthcare and prevention of the disease (with more than 25% of answers). By spheres, the data are as follows: 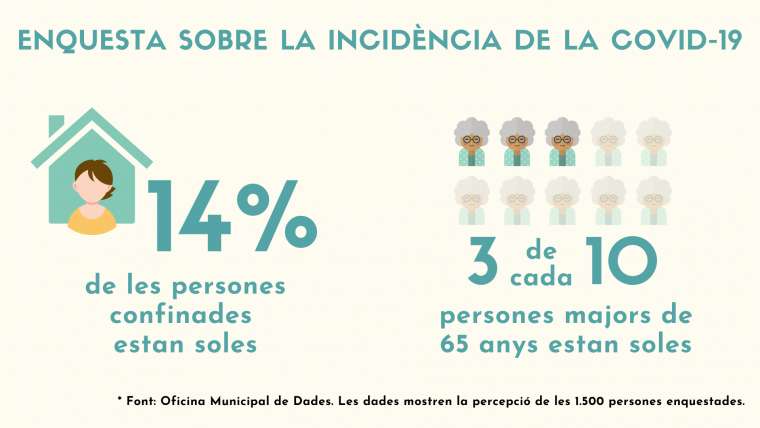 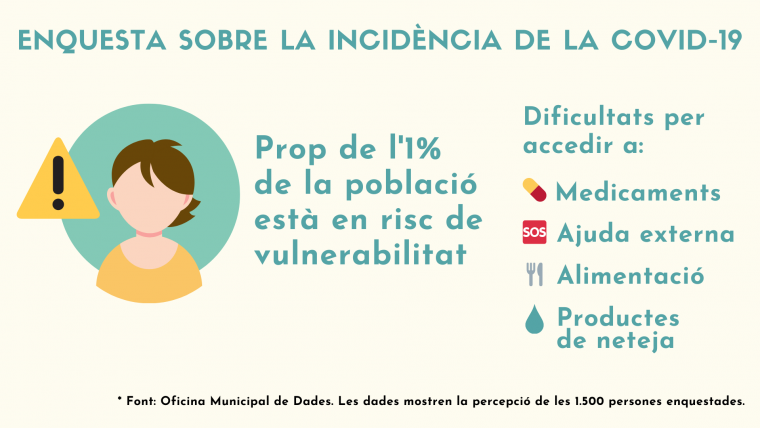 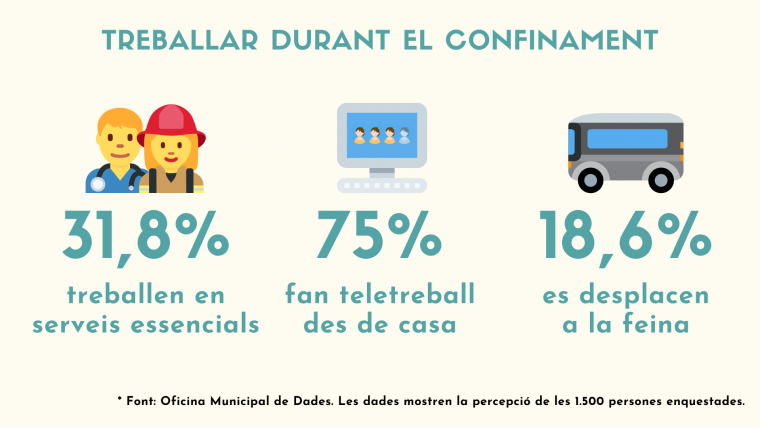 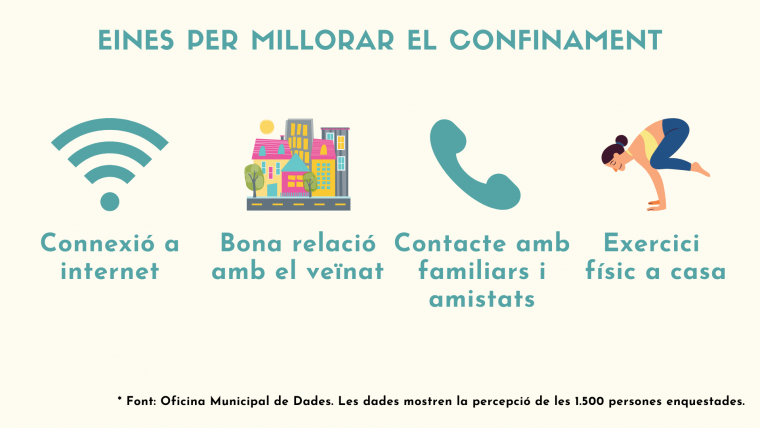 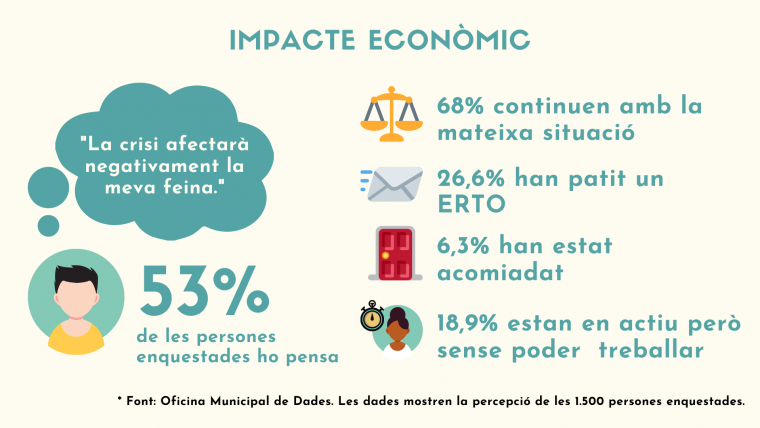 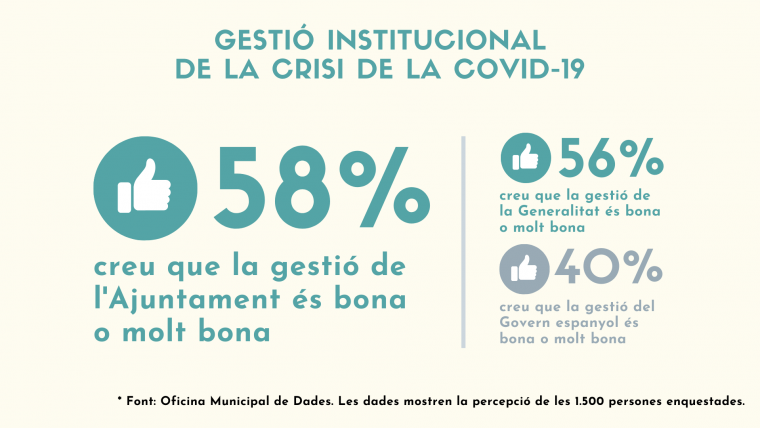