The project will last seven years and may be extended by a further seven, with funding to the tune of 1,600 million euros, 400 of which will come from the EU and 1,200 from the rest of the stakeholders. Barcelona will be the project headquarters for the next seven years. 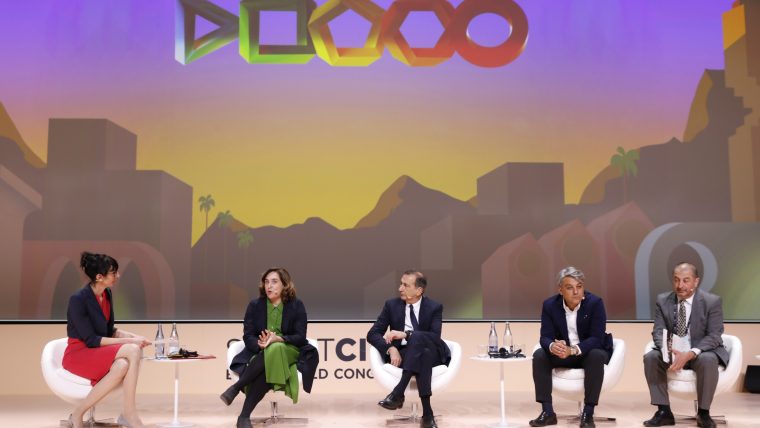 The European project EIT Urban Mobility was officially inaugurated on 19 November, as part of the Smart City Expo World Congress. The opening ceremony consisted of a dialogue entitled ‘Cities leading the change of paradigm in urban mobility’, with the Mayor of Barcelona, Ada Colau, the Mayor of Milan, Guiseppe Sala, the chairman of SEAT, Luca de Meo, and the rector of the Polytechnic University of Catalonia, Francesc Torres.

In 2018 the European Institute of Innovation and Technology (EIT) set up the EIT Urban Mobility innovation community and chose the consortium headed by Barcelona City Council to coordinate the project. The consortium is made up of 48 partners from 15 countries, including the cities of Amsterdam, Munich and Milan; universities such as the UPC, the KTH Royal Institute of Technology in Stockholm and the Technion, Aalto University; knowledge institutes such as Fraunhofer, AMS and CTAG, and companies such as BMW, SEAT, TomTom and Siemens. This is the first European initiative to unite three branches of knowledge: business, education and research, along with cities.

EIT Urban Mobility aims to help guarantee a safer, more ecological, inclusive and smarter urban mobility system. By 2026, the project plans to create 180 start-ups, free up road space by 90% in cities participating in the initiative, launch 125 new products, boost shared mobility and attract investment to the value of 38 million euros.

Ada Colau described EIT Urban Mobility as a project generating a direct relationship between the public and private sectors, as well as the academic world. Colau explained that in terms of mobility, at present “we’re currently right in the middle of a transition and that it’s not the world that needs to change, but rather the system”. The Mayor also noted that “cities have to be clear protagonists in that change”, as well as affirming that the current model of governance needs to be tweaked as “powers on major issues such as mobility and climate change are concentrated in the hands of states, while the challenges are occurring in cities”.

More information can be found in the press release by Barcelona City Council.