Public opinion: in favour of more pedestrian space and concerned over Covid-19

The latest six-monthly barometer, which gauged the opinion of people in Barcelona through 805 interviews conducted between 3 and 13 July this year, shows a high level of awareness relating to more sustainable mobility and the generation of more space for pedestrians. People also expressed concern over the socio-economic consequences of the Covid-19 pandemic. 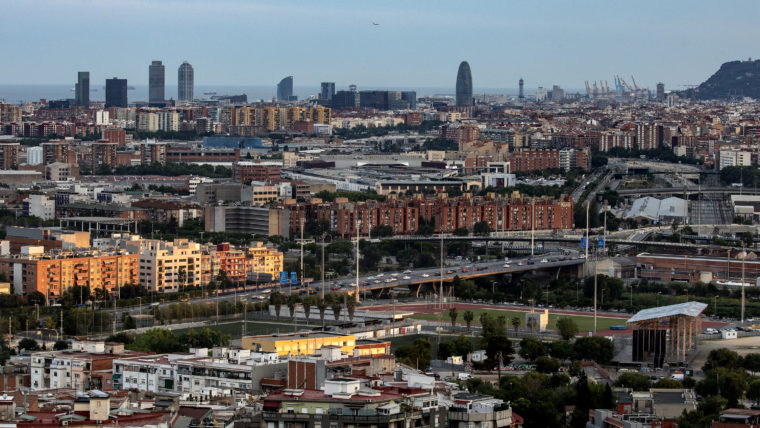 Besides questions on sustainable mobility and public space, this edition of the six-monthly municipal barometer includes aspects relating to the Covid-19 pandemic and some of its consequences: teleworking, changes in mobility habits and plans for summer holidays.

Most people in Barcelona are in favour of measures to promote public transport, with eight out of ten agreeing to the generation of more public space reserved for local people. Some 57% also favour more bike lanes. In terms of teleworking, the majority (68.3%) feel that companies and administrations should implement teleworking systems.

In terms of mobility there have been changes in the means of transport people use to get to work of their place of study. Before the pandemic, some 50.2% of people surveyed made these journeys on the metro, the FGC rail network or the RENFE rail network. This figure has now dropped to 33.3%. In contrast, the number of people making these journeys on foot went up from 16.8% to 19.2%, while journeys on people’s own bicycles went up from 6.5% to 8.1%. The use of cars went up from 13.6% to 28.9%, as did the use of motorcycles, rising from 9.7% to 15.1%.

Regarding summer holidays, the Covid-19 pandemic has drastically changed the plans of people in Barcelona. Understanding holiday plans as trips of three or more days away from the city, 40% of those surveyed affirmed they are not going anywhere, and half said they had had to change their plans because of the health crisis.

Uncertainty remains people’s main concern (17.6%), even though the figure dropped 11.5% compared to the previous survey. Nevertheless, concerns over the Covid-19 crisis (7%), the consequences for the economy (8.5%) and unemployment (7.1%) represent between them the main worries for people in the city, accounting for a combined percentage of 22.6%. Other issues which worry people in the city are traffic (5.6%), access to housing (5.6%), cleaning (5%) and tourism (5%).

Some 60.9% of people approve of the City Council’s management, rating it as either very good, good, normal or fairly normal, while 36.6% expressed a negative opinion (poor or very poor).

Even so, opinions and perceptions of the last year are mainly negative in relation to Barcelona (60%), Catalonia (55.7%) and Spain (62.7%). In contrast, regarding the future, those surveyed mostly believe the situation will get better in Barcelona (57.1%) and in Catalonia (55.5%), while people were not so optimistic in relation to Spain (43%).

The Mayor, Ada Colau, and the head of the ERC municipal group, Ernest Maragall, are the only two political leaders to be approved of, both scoring 57.6%. Maragall is the only leader with average ratings over five (5.4), while the Mayor obtained an average score of 4.9. The rest of the political leaders obtained the following ratings: the First Deputy Mayor, Jaume Collboni, 4.9; Elsa Artadi, 4.7; María Luz Guilarte, 3.8; Josep Bou, 3.2, and Manuel Valls, 3.The best known political leaders are Colau and Maragall, while Guilarte (93%), Bou (45.8%) and Artadi (36.7%) are the political leaders people are least familiar with.

Regarding people’s voting intentions, the tie between Barcelona en Comú and Esquerra Republicana de Catalunya continues, the former having a very slight advantage (0.8%). Some 13.9% of people surveyed would vote for BComú, compared to 13.1% for ERC. The difference between the results of the last elections and direct voting intentions are similar for both parties. In addition, some 9.3% would vote for the PSC; 4.2% for J×Cat; 3.1% for the CUP; 1.1% for Cs; 0.6% for the PP, and 0.1% for BCN Canvi.

The July 2020 edition of the municipal barometer can be found using this link: https://ajuntament.barcelona.cat/premsa/2020/07/23/el-95-de-la-ciutadania-de-barcelona-esta-a-favor-de-mes-transport-public-i-vuit-de-cada-deu-volen-mes-espai-per-a-vianants/.