A plan for reorganising and calming traffic in Ciutat Vella

The model set out in the Mobility Plan for Ciutat Vella 2018-2023 gives pedestrians priority and reorganises access to the district for different types of transport according to areas and times. 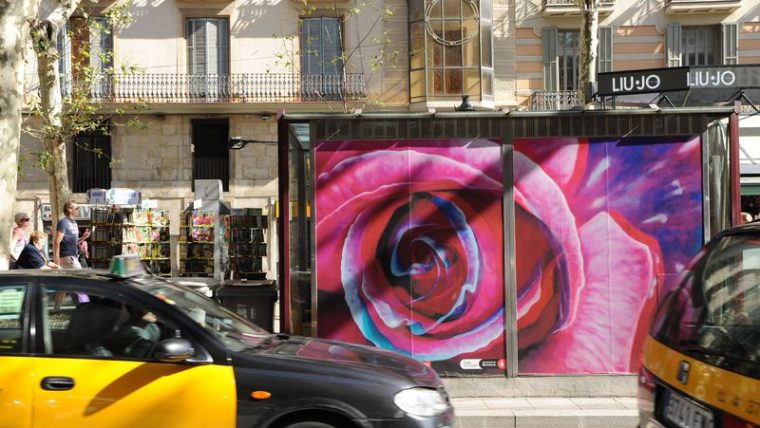 The plan aims to adapt the model to the characteristics of Ciutat Vella, a district where tourism and the growing number of visitors are a key factor, where the density of shops is twice as much as the rest of the districts, and where a historical urban fabric means a unique structure for public space and more traffic-calmed streets than in other neighbourhoods.

The new model revolves around a dynamic new shared mobility network which organises access for different types of transport according to zones and times in order to optimise uses.

The objective is to preserve journeys to and from school and also public services which usually operate in mornings and afternoons, ensuring the loading and unloading of goods doesn’t happen at the same time and takes place in the middle of the day instead.

The plan has 170 measures and a budget of 83 million euros.

Some 600,000 journeys are made on foot every day in the district and the plan aims to reorganise them into two networks according to their purpose:

Firstly, a network of neighbourhood thoroughfares to help local residents with their daily lives, with quieter areas and access to facilities, backed up with new signage and other urban improvements. The percentage of public space for pedestrians will also be increased by 10%, with improved access to facilities as well as pavements to facilitate journeys on foot.

Secondly, a network of central thoroughfares connecting the main points of interest for tourism, to be defined with input from this sector.

Ciutat Vella currently has an extensive network of traffic-calmed streets where bikes can circulate, yet at the same time it’s one of the districts with the least bike lanes.

In order to give the network more continuity, improve journey efficiency and foster the use of the bicycle, the plan includes measures to increase the current 7.7 kilometres of bike lanes to 15 kilometres and create a two-way bike lane around the perimeter of the district.

The plan will also increase the number of bicycle parking places in the district and relocate the Bicing stations nearest the metro and bus stations to facilitate interchanges between different means of transport.

Regarding groups of cyclists, a modification will be proposed to municipal regulations to restrict the maximum number of people that can circulate together in the district.

The plan intends to limit access for personal mobility vehicles (PMV) in areas with a high density of pedestrians and promote measures so that users of these vehicles circulate using the cycling networks and authorised routes.

To this end, the neighbourhood bus service will be extended so that municipal and healthcare facilities are better connected. Taxi ranks will also be reorganised to offer greater coverage and adapt to current demand, and a new entrance to the Barceloneta metro station will also be among the actions carried out.

Helping the distribution of goods

The density of commercial activity in Ciutat Vella is double that of the other city districts. This activity needs reorganising to optimise the distribution of goods and minimise the impact on community life.

Specifically, loading and unloading times will be modified to reduce congestion in public spaces early in the morning, when there is more movement as people go to school and to work. An assessment is currently being made to switch the current time slot of 7.30 am to 9.30 am to a broader one of 9.30 am to 12.30 pm, with the exception of deliveries of fresh produce.

In addition, new loading and unloading areas will be created and more sustainable distribution promoted. Platforms will be installed around the perimeter of the district so that large vehicles such as lorries can park there without accessing the interior. From there, distribution would involve other means of transport such as delivery bicycles.

Some 50% of traffic in Ciutat Vella is through traffic, in other words vehicles crossing the district without stopping there as they are on their way to another part of the city.

In order to cut the volume of private vehicles as through traffic, access to the interior of the district will be limited to loading and unloading hours and nights. This will be controlled by a smart management system and access points which distinguish between different types of users.

In terms of parking, blue parking spaces will be replaced by green ones and loading and unloading areas, with more spaces for local residents being created. In addition, underground motorbike parking places will be increased, the idea being to gradually get parked motorcycles off the roads. 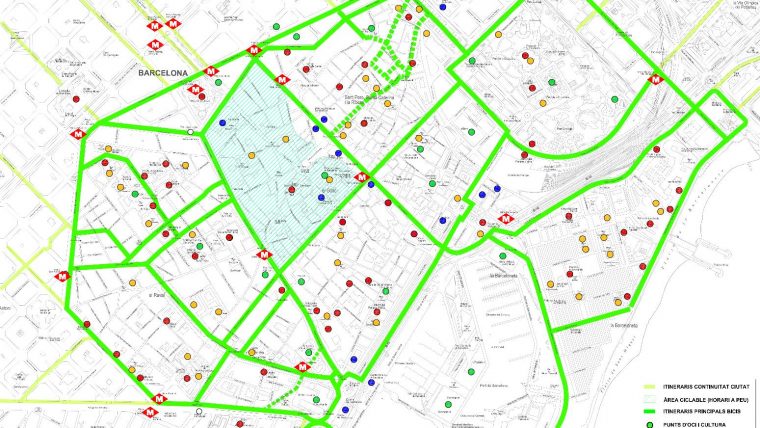 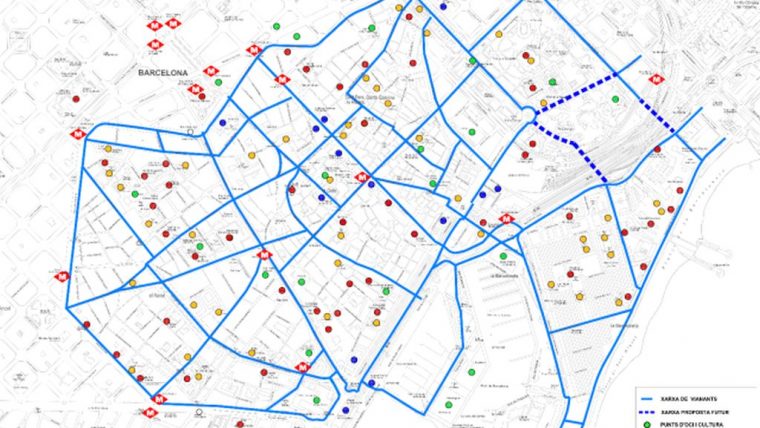