The APROP temporary local housing initiative is designed to strengthen the city’s housing policies with a new model of interim flats which can be built quickly and offer sustainability and quality, boosting the public housing pool and preventing local residents from being forced out of their neighbourhoods. The project is not meant to replace projects already planned, which by the end of this term of office will represent a total of 4,000 homes either completed or being built.

“We’ve quadrupled investment in housing, but we need the Spanish state and the Government of Catalonia to fulfil their obligations. In the meantime, we’ll do absolutely everything in our power to respond to the reality in the city”, explained the Mayor, Ada Colau.

The blocks will be built in neighbourhoods and will combine different resident profiles, catering for people on the waiting list for protected housing and those in emergency housing situations. The fact the homes can be transported means a number of plots of land which are currently empty can be used as interim sites before the municipal projects they are reserved for are built.

Some of the blocks will include public facilities to contribute to community life. The initiative has already been shared with the ITeC, the Federation of Barcelona Residents’ Associations (FAVB), the Fundació Hàbitat3 and other bodies, and has the backing of the Barcelona Council for Social Housing (CHSB).

APROP will be a reality before the year is out, via a pilot scheme with a budget of 5.3 million euros and the construction of 92 homes (21 individual and 71 double) for 250 people. The buildings will be put up on three sites in Ciutat Vella (Gòtic neighbourhood), Sants-Montjuïc (La Bordeta) and Sant Martí (Glòries), three districts where gentrification is a major problem. The plan is for the initiative to gradually be rolled out using sites in all city districts.

The process to build a protected home typically takes between six and seven years from the preliminary administrative steps to the point it is occupied. This new project cuts that time to nine months and offers a temporary response until planned buildings are completed.

APROP homes correspond to a type of housing which is already working successfully in various cities around the world. Similar initiatives in cities such as Copenhagen, Vancouver, Amsterdam and London have been studied and analysed. 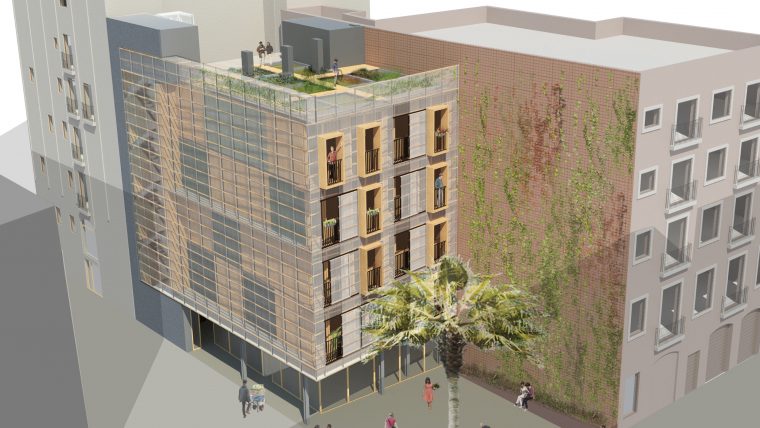 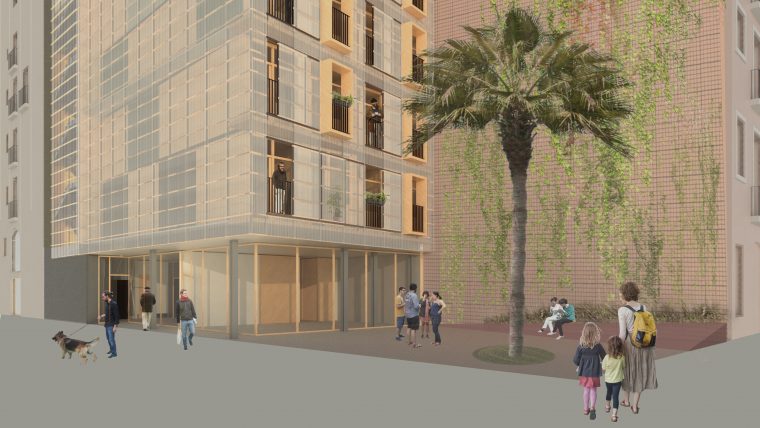