The Jardins de la Mediterrània are located between C/ Mare de Déu de Port, C/ Alts Forns, Pg. Zona Franca and Plaça de la Marina. This quadrangle of over 5,000 square metres has been reconditioned to make it greener and more accessible to everybody, from toddlers to elderly people. The project involved an investment of 2.13 million euros and forms part of the Neighbourhood Plan for La Marina. 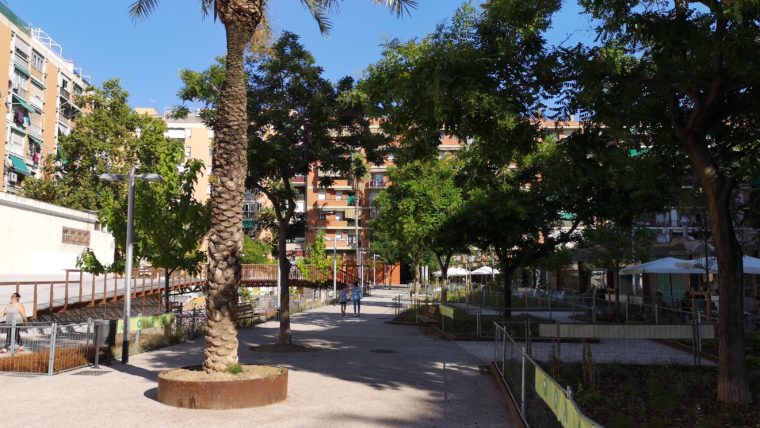 After a year and a half of work to transform the space from top to bottom, this week saw the definitive re-opening of the Jardins de la Mediterrània. The goal of the project was to create more space for people to enjoy and for children to play in, with improved access and connectivity on foot in all directions. This was achieved by organising the spatial layout on two levels: the upper section corresponds to Pg. Zona Franca, while the lower one corresponds to premises with vehicle access from C/ Mare de Déu de Port. Pedestrian access from this same street is on a higher level, connecting with the other side via a light walkway next to the new play area for children up to the age of five. A central path allows users to cross the garden on foot from Plaça de la Marina to C/ Alts Forns.

Architectural barriers have been removed and all paving renewed, including the paths below the buildings providing access to the gardens. The lighting and watering system have also been renewed. As far as greenery is concerned, 37 trees have been kept and 24 renewed, strengthening the character of the Mediterranean garden. The new parterres use a layer of low vegetation, mainly bushes, representing over 1,000 square metres of new surface greenery.

The children’s play area occupies a significant part of the revamped quadrangle. Family use of all the gardens will be promoted this summer with a free play area for children up to the age of six and some intergenerational workshops. Families will need to register to take part in children’s games, board games and movement sessions held on Wednesdays from 6 pm to 8 pm, from 1 July to 13 September, with controlled capacity and safety measures to prevent the spread of Covid-19. On Sunday afternoons, during the same hours, creative workshops will be held for participants to build puppets, masks, games, robots and fans, to learn circus arts or discover the world of graffiti.

The spatial organisation of the Jardins de la Mediterrània to promote new meeting places and improve social harmony is part of the urban ecology action set out in the Neighbourhood Plan for La Marina. The entire plan has been designed and executed with the participation of local people. Specific sessions were organised in 2018 to help shape the project taking into account the needs and proposals of local residents. These proposals have now become reality. 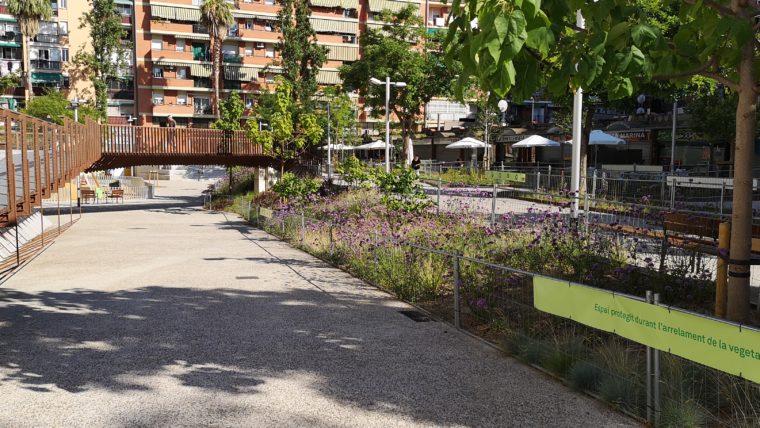 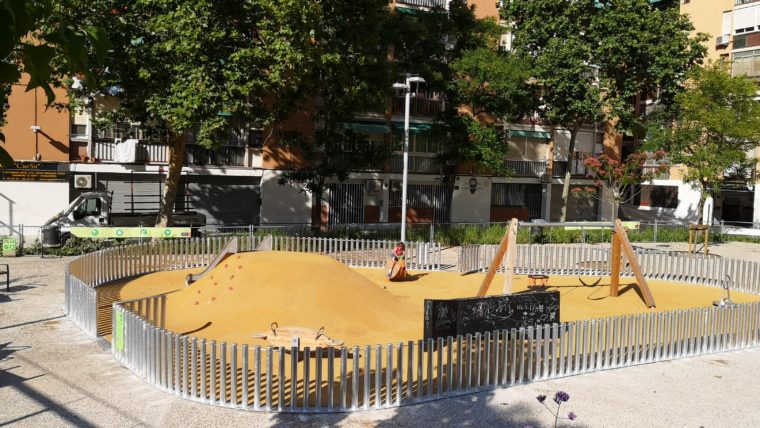 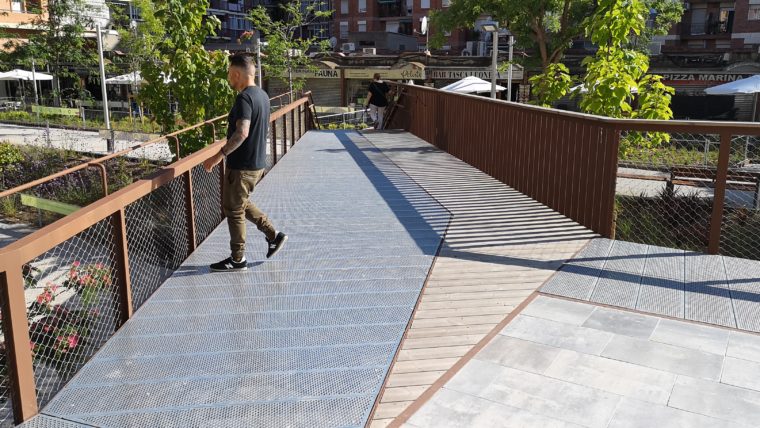 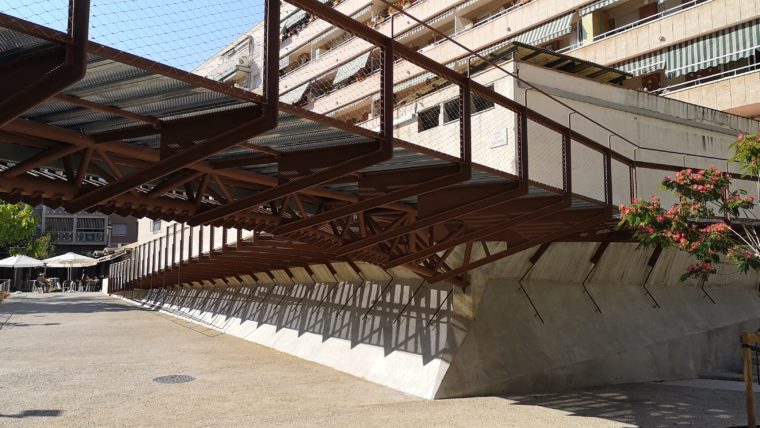 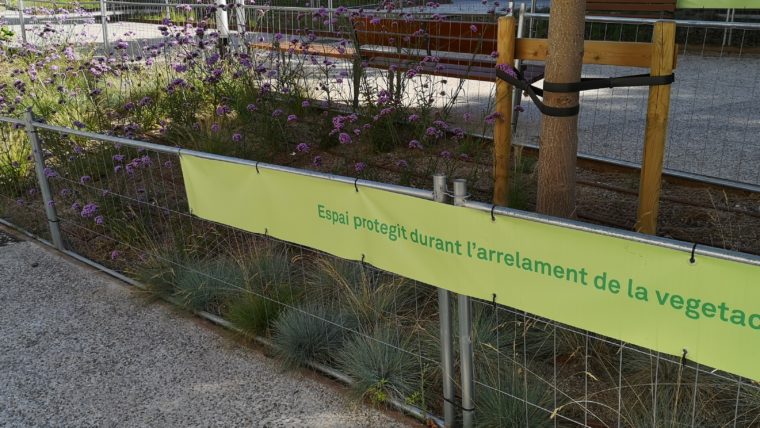 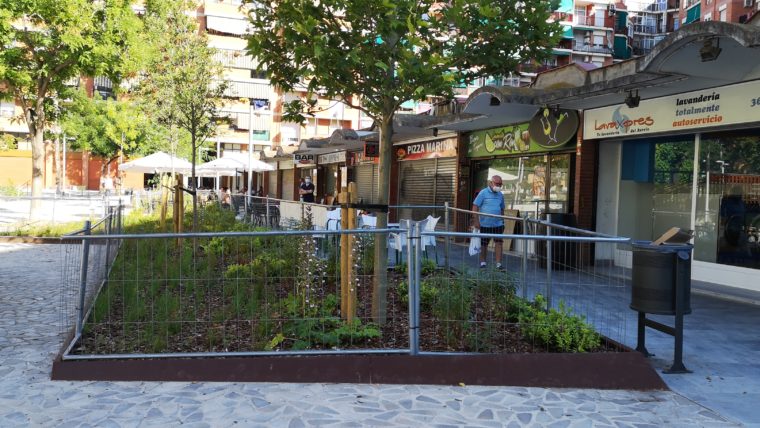 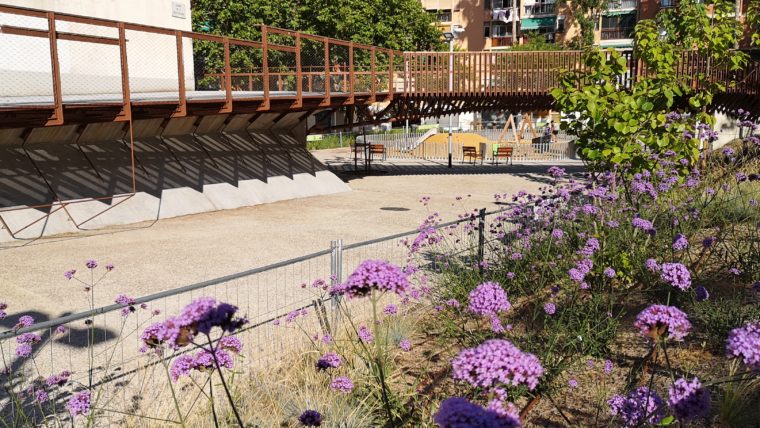 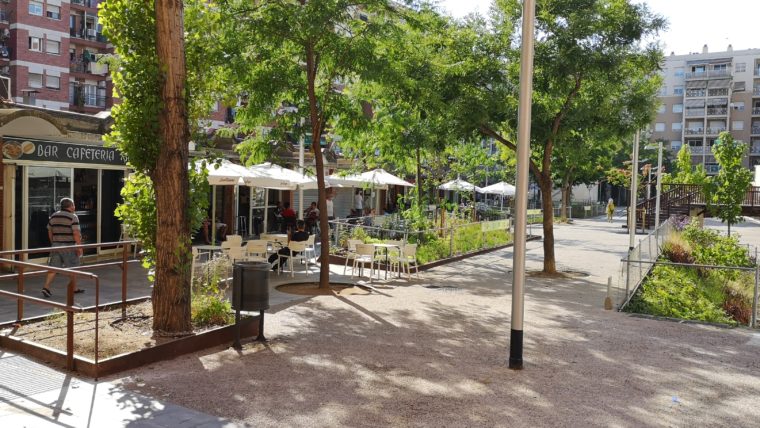 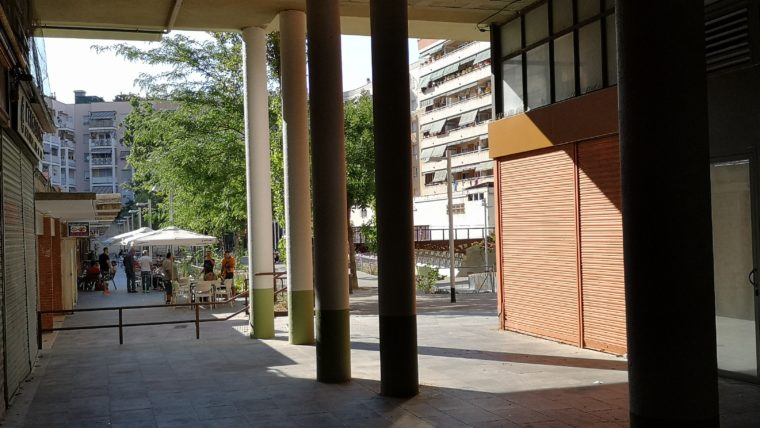