The transformation of the Meridiana continues

The process to turn Av. Meridiana into a friendlier, healthier and more socially centred street continues in September. The four-year transformation should revamp the section between C/ Mallorca and Pg. Fabra i Puig, creating more space for pedestrians and sustainable mobility, with 13,000 square metres of greenery and new areas for people to use. 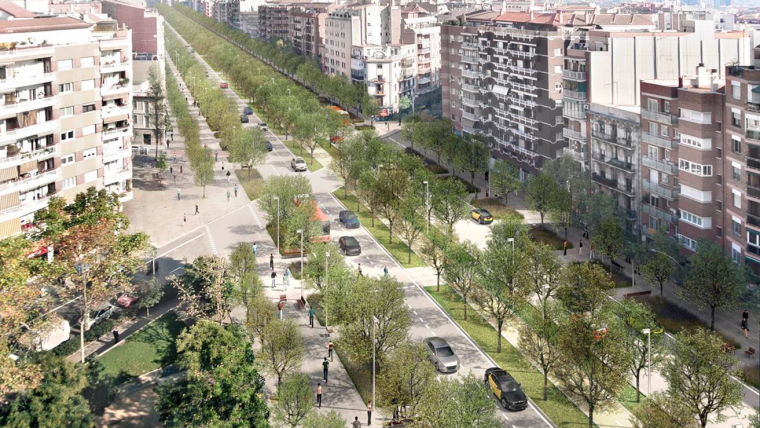 The remodelling project, defined consensually with local people and entities, will turn the avenue from an urban motorway into a green corridor, inviting people to stroll and engage in community life in a street which is less polluted and more pleasant, and which facilitates journeys on foot between adjacent neighbourhoods.

The first part of the work, along the section between C/ Mallorca and C/ Josep Estivill, starts in September and should end in the autumn of 2021.

The second stage, between C/ Josep Estivill and Pg. Fabra i Puig, will be carried out between 2022 and 2023.

The total budget for the project is 46,6 million euros.

Goal: from Glòries to the Nus de la Trinitat

The continued transformation of the Meridiana is based on a section already remodelled, between Pl. Glòries and C/ Mallorca, which opened in April 2019.

The next four years will also be used to put together a proposal for transforming the avenue in the section between Pg. Fabra i Puig and the Pont de Sarajevo, where the unevenness of the land and the predominance of motor vehicles generate a significant facture between neighbourhoods. Negotiations will also be held with the Government of Catalonia, which is responsible for the avenue from this point as far as the Nus de la Trinitat, about how this section is to be remodelled. 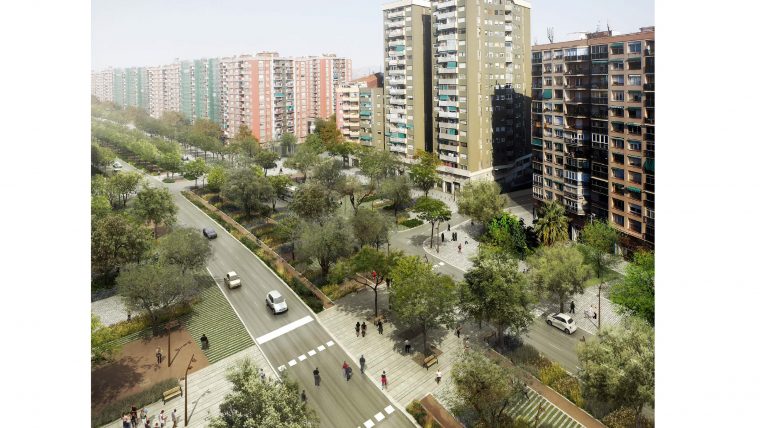