The APROP apartments in Ciutat Vella, finalists in the 2020 FAD Architecture Prizes

The APROP apartments located in Ciutat Vella, provisional homes promoted by the Barcelona City Council to tackle the housing emergency, are finalists in the 2020 FAD Architecture Prizes which since 1958 have been awarded to the best architectural works in Barcelona, Catalonia and the Iberian Peninsula. The FAD Prizes were promoted by the architect Oriol Bohigas, who wanted to draw public attention to the young Spanish architects who in the 1950s reintroduced modern architecture into Spanish society.

The jury of the FAD Prizes has highlighted various aspects of the APROP apartments in Ciutat Vella, including the “well-resolved urban and compositional scale of the project and the material singularity of the skin, which speaks of the exceptionality of the situation”. It also acknowledges the capacity of solving the housing emergency situation by “seeking a faster and more economical and sustainable execution than conventional public housing promotions”. It also recognises the value of adapting to a neighbourhood like the Gothic Quarter South, where the urban fabric is very compact, and its good adaptation “to the geometry of the corner plot and to the conditions of orientation and sunlight, views and privacy”. If you would like to learn more about this project, you will find a virtual visit in this link.

APROP, imaginative solutions for tackling the housing emergency
APROP is a construction project of short-stay apartments to provide a rapid response to the urgent need for social apartments. The aim is to search for a faster option than the traditional public housing construction process to tackle the housing emergency. Those of the Gothic Quarter, which have been the first, have been built in four months, while traditional public housing construction can take between six and seven years.

The APROP apartments, then, are products of a rapid, sustainable construction process, since they are built on the basis of a structure formed by sixteen interconnected modules of recycled and reconditioned sea freight containers. A construction method which, as well as being fast, is sustainable and reduces waste by 58%, and the fact of reusing the containers enables CO2 emissions to be reduced by 32%. This solution reaches Barcelona after months of work and detailed analysis of similar projects which have been operating for years in other large cities like Amsterdam, Copenhagen or Vancouver.

The APROP apartments of the Gothic Quarter have been the first to be inaugurated. They consist of four homes with two bedrooms and 60 square metres of floor area and eight with one bedroom and 30 square metres of floor area. It is planned to build two more in the districts of Sants-Montjuïc and Sant Martí, which in total will provide 92 homes for approximately 250 persons.

The tender has already been opened for the second APROP project, located at Carrer Bolívia 33-41 in the neighbourhood of El Parc and La Llacuna del Poblenou in the Sant Martí district. This project is larger than that of the Gothic Quarter, with a total of 42 homes, of which 35 will have two bedrooms and will therefore be double, and the other 7 will have only one bedroom. It is calculated, then, that this new APROP project will be able to accommodate some 112 persons. 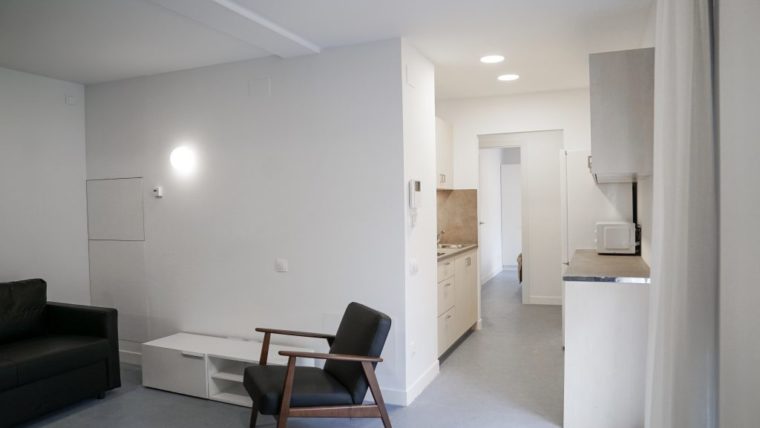 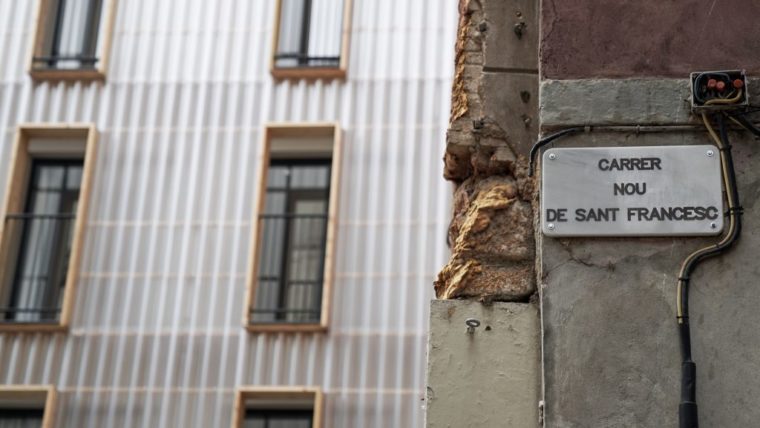