Launched by Barcelona City Council, the group is integrating several social players to jointly look for solutions that enable the city’s noise levels to be reduced. 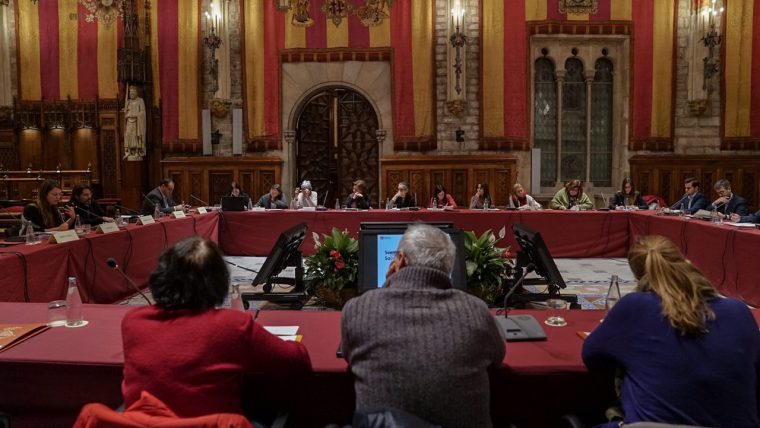 Debating the situation of noise in the city and its direct impact on the health of city residents as well as contributing to the solution of the problems detected.

These are the main goals of the “Barcelona Noise and Health” work group that was set up yesterday, on 19 December, in Barcelona.

Barcelona City Council’s participation in the group included the Deputy Mayor for Ecology, Urban Planning and Mobility Janet Sanz, the Commissioner for Ecology Frederic Ximeno, and the Commissioner for Health Gemma Tarafa, as well as the social players involved linked to the political, economic and social area, mobility, the academic sector and professional associations, among other things.

The work proposal was to share what was being done to reduce Barcelona’s noise pollution and define the additional actions that can be taken.

Current studies in the field of noise pollution show that current noise levels have a direct and significant impact on the health of large segments of the population. Action therefore needs to be taken collectively, among both noise generators and receivers, to ensure the right to health.

The last report drafted by the Barcelona Public Health Agency (ASPB) on the state of health in the city in 2016 had already shown that 47.8% of the population surveyed were of the opinion that there was too much noise in their neighbourhood.

The districts of Eixample and Ciutat Vella are the ones worst affected, seeing that, in these cases, the proportion has gone up to 70%.

The City Council will be finishing its work here for updating the Noise Map in the coming year, which will provide more accurate knowledge of the current acoustic reality.

The new Noise Map represents a great opportunity for planning improvement initiatives, with actions implemented in a comprehensive or cross-cutting way with all the social players involved, by working jointly to develop an Action Plan for improving Barcelona’s noise levels.

It is precisely according to this joint-work logic that actions such as the establishment of the “Barcelona Noise and Health” work group are especially important.