The city embraces the magic of the Three Kings at the Fòrum from 28 December to 5 January, with all the symbolism and emotional energy that comes with it, making a stay-at-home version of Twelfth Night possible thanks to the collaboration of public television channels. The celebrations for New Year’s Eve will also be redesigned for people to follow from home, with visits to the tradition nativity scenes also possible despite the fact there will be no installation in Plaça de Sant Jaume this year. 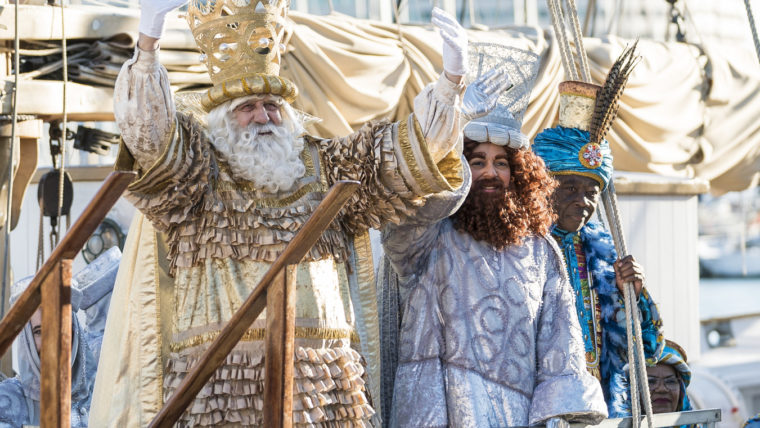 The magic of the Three Kings takes over the Fòrum

Due to the health situation, the traditional arrival of the Three Kings will take a different format, without losing its essence or its worth, which overcomes all obstacles.

The magic of the Three Kings takes over the Fòrum site from 28 December to 5 January, enabling people to get closer to the elements of the parade, showing young children the reception and logistics of gifts and the Three Kings’ mail service, and allowing them to hand deliver their letters and make virtual contact with Their Majesties and their pages, who will be sending messages from the Orient.

The site provides 10,000 square metres of outdoor space which is well-connected with public transport. Full health measures will be guaranteed, with visitors able to follow a 50-minute circuit around eight installations featuring floats, objects, costumes, luggage, banners and all sorts of other royal accessories.

Visitors need to book in advance and can do so from 15 December onwards via the Barcelona City Council Christmas website. The site will be open from 11 am to 2 pm and from 4 pm to 8 pm on 28, 29 and 30 December and on 2, 3 and 4 January. On 31 December and 5 January the installation will only be open in the mornings.

The Three Kings will be arriving on 5 January on board the schooner Santa Eulàlia, at a location and time still to be confirmed. On that day, three public TV channels (RTVE Catalunya, TV3 and Betevé) will enable all children to see them from home as they are officially received and make their way around the installation, followed by the whole parade in the evening, when they will make the final preparations to turn wishes, excitement and dreams into gifts. The show will last around 60 minutes and see the Three Kings and their entourage accompanied by traditional music for the parade, with dancers to add movement to the installation at the Fòrum.

New Year’s Eve gazing at the sky from home

Barcelona will see out 2020 and usher in 2021 by turning its gaze to the sky. As the twelve chimes bring the year to a close and herald the New Year, twelve bright palm-tree fireworks will be launched in each of the city’s ten districts. The rockets mark the start of a big fifteen-minute firework display, launched from a reserved location but visible from most of the city so that local people can enjoy it from home.

Visitors will be able to go to see two of the city’s most traditional and oldest nativity scenes though. One is at the Museu Frederic Marès and is made by the Barcelona Association of Nativity-Scene Makers. It will be open from 28 November to 2 February, from Tuesday to Saturday (10 am to 7 pm), and Sundays and public holidays (11 am to 8 pm), with booking in advance. If the situation allows, there will also be a programme of activities based around the nativity scene.

The other nativity scene is the one traditionally offered by the Monastery of Pedralbes, in collaboration with the Barcelona Association of Nativity-Scene Makers. The figures in this year’s scene are of a popular and contemporary nature and have been created by the Sabadell-based sculptor Montserrat Ribes. The scene is open to visitors from 11 December to 2 February, on Tuesdays, Wednesdays, Thursdays and Fridays (10 am to 1.30 pm), and on Saturdays and Sundays from 10 am to 4.30 pm.

The 80 arcs of light from the #RavalKm0 project are set to light up the façade of the City Hall this year. The micro scenes of everyday life in the neighbourhood will make for a closer, more committed and solidarity Christmas. Besides their traditional and decorative role, these lights are a way of promoting social, cultural and economic action, and behind each arc there’s a little story which is real. This is a unique opportunity to put the project at the epicentre of the city and, given the current situation, a committed initiative too. 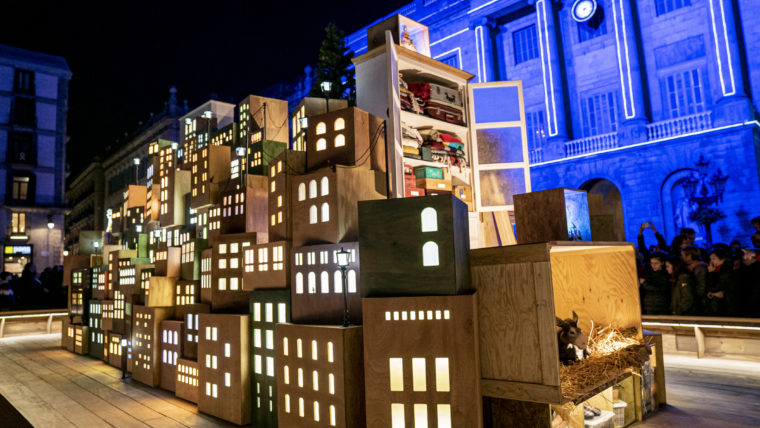 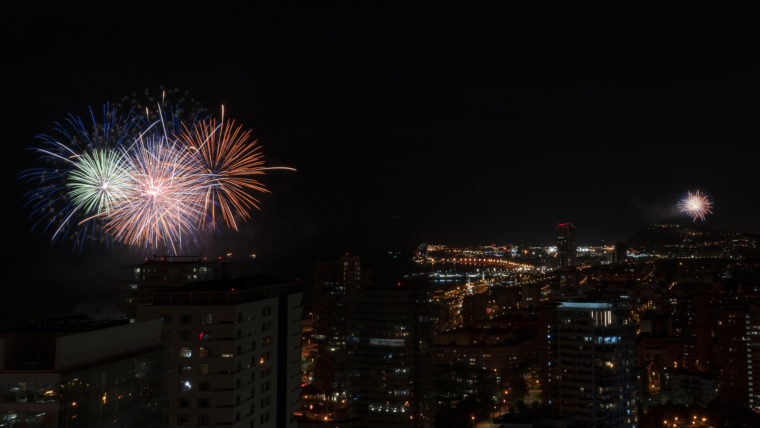 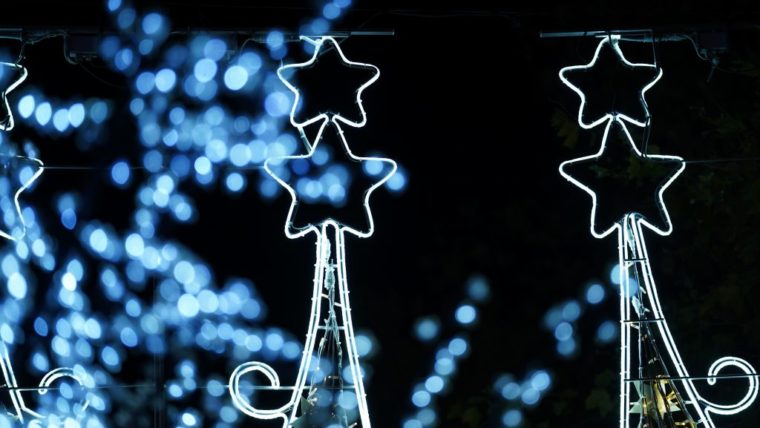 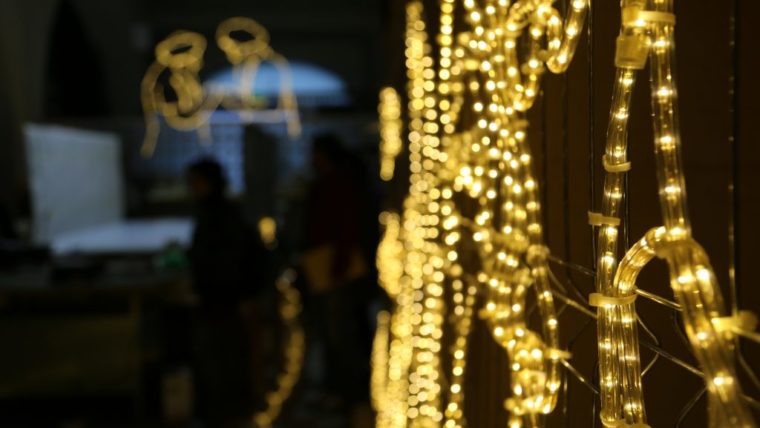 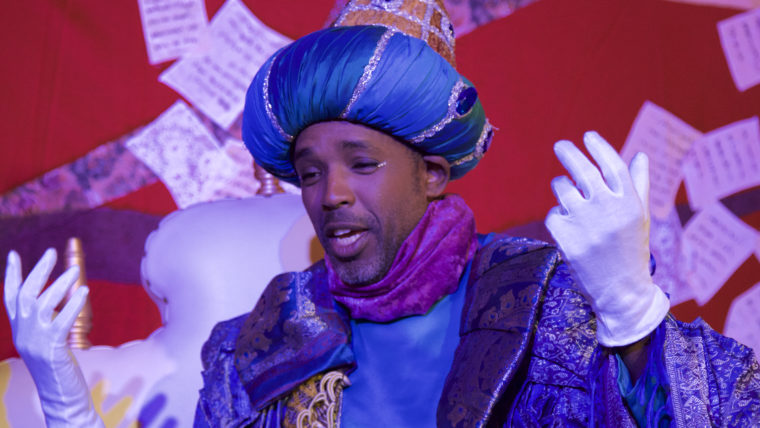 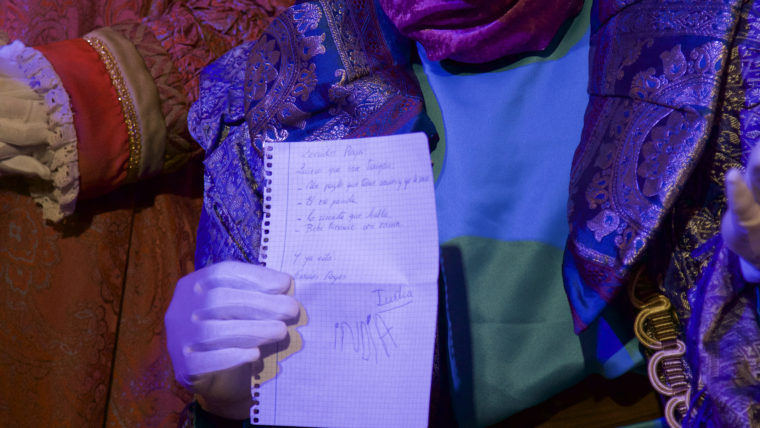 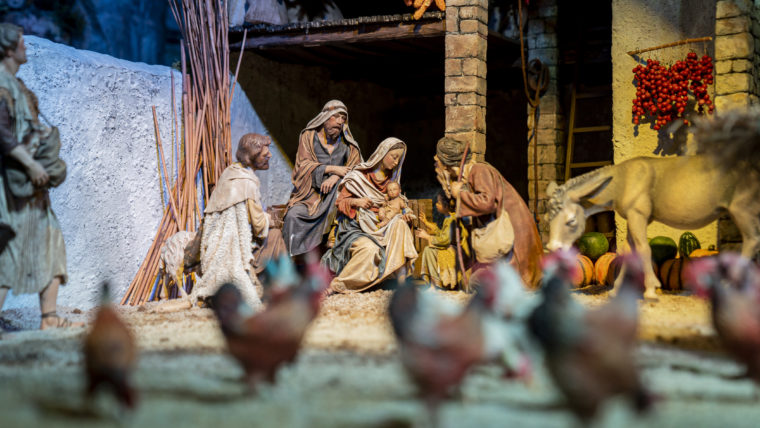 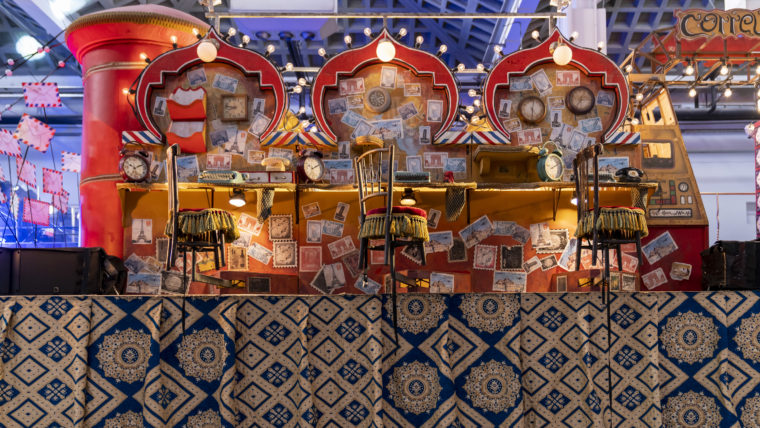