The Riera Blanca bridge, a cultural crossroads between Barcelona and L’Hospitalet

The city councils of Barcelona and L’Hospitalet de Llobregat have combined to fund an art proejct by the collective La TONAL’H to change the appearance of the support columns of the Riera Blanca bridge, by the exit of the Santa Eulàlia metro station in Carrer d’Andalusia. 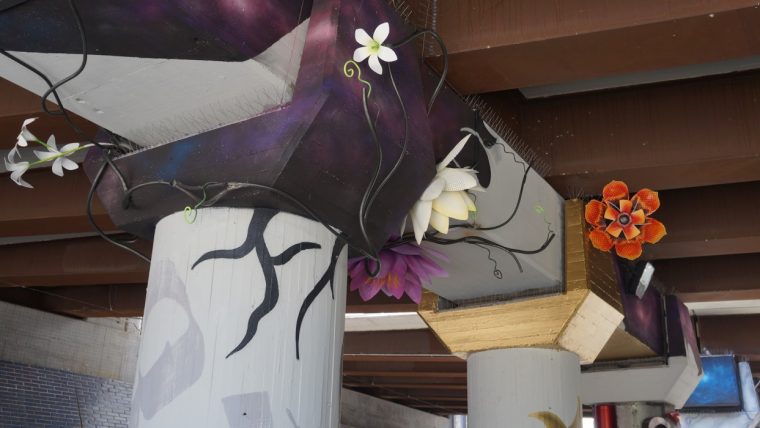 The work covers the eight concrete support columns under the bridge and pays homage to mother nature, the Earth, the different cosmogonic visions of the world and the five continents.

The way that La TONAL’H have represented this is by using the columns to evoke different cultures woven together by a steel structure, representing nature as a unifying element between people.

Recycled materials, wood, steel, paint, graffiti and different textures and artistic languages were all used to create the columns, allowing artists from the collective who work with various disciplines to be a part of the project.

The artwork also seeks to highlight how this bridge between the two cities is a boundary, and more than anything a place people pass through, a crossroads which the two cities of Barcelona and L’Hospitalet have created with a sum of cultures, making it a cultural crossroads.

The artists of La TONAL’H believe identity is an important way to fight the present cultural hegemonisation in our globalised world. These columns offer an allegorical representation of the sum of cultures from everywhere. 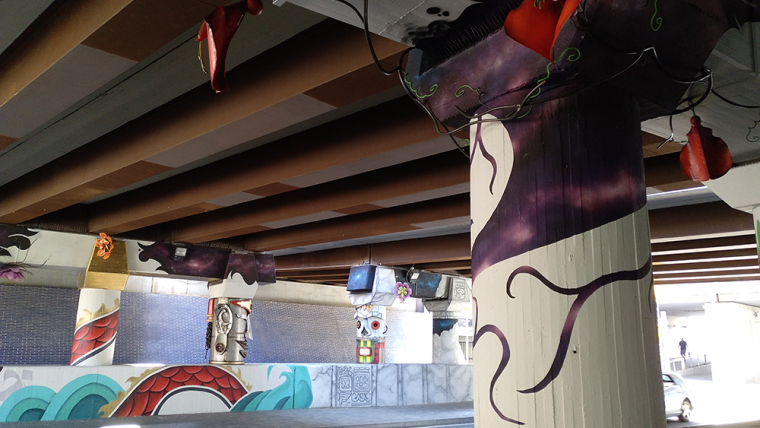 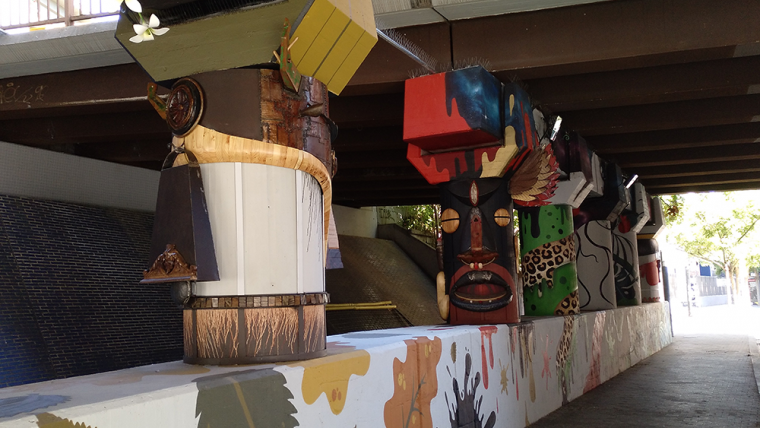 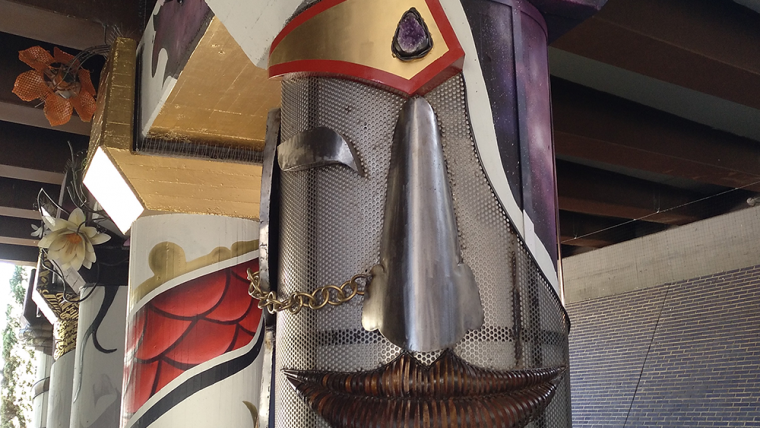 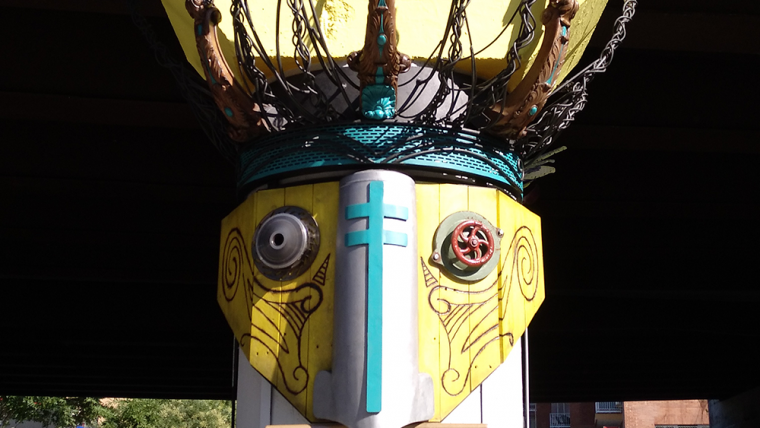