The Three Kings Parade fills the city streets with magic

Nearly a million people watched the Three Kings Parade 2019 in Barcelona at some point or another along the route. This year’s procession was headed by Senyor Hivern (Mr.Winter), accompanied by the Gran Llibre de les Coses Petites (Big Book of Little Things). As ever, the Three Kings reached the city by sea, on board the schooner ‘Santa Eulàlia’.

Their Majesties Melchior, Gaspar and Balthasar arrived at the Moll de la Fusta wharf along with their entourage, ready for the Three Kings Parade. When they set foot on dry land, the Mayor, Ada Colau, welcomed them and handed them the key that opens all the doors in the city.

After the greeting, the royal entourage moved onto Av. Marquès de l’Argentera, where the parade started. This year the parade was watched over by two giants. Senyor Hivern, accompanied by the Gran Llibre de les Coses Petites, headed the procession after spending Christmas in Pl. Catalunya, welcomed the Kings of the Orient. Bringing up the rear of the procession was the Gegant Carboner (Coal Giant), reminding us that if we haven’t been good… we get coal!

Behind Senyor Hivern the parade featured royal messengers collecting last-minute letters with wishes, the Page Estel guiding the Three Kings and Melchior with his whole entourage. After that came the dummy collectors, gathering dummies from young children giving them up, along with two large inflatables and Gaspar on a new float. The toys then welcomed Balthasar and his entourage. Finally, the parade featured the new Dormir float, urging children to get to bed in good time, the Gegant Carboner and of course the sweet throwers, filling the city with sweets!

If you want relive the Barcelona Three Kings Parade 2019 you can do so here through a selection of different tweets. 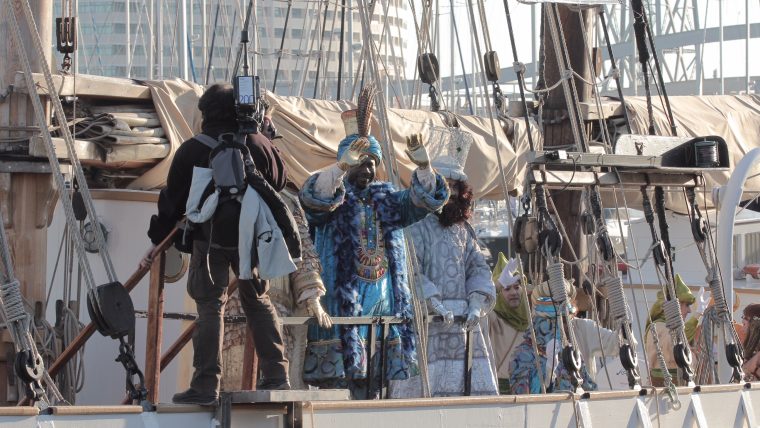 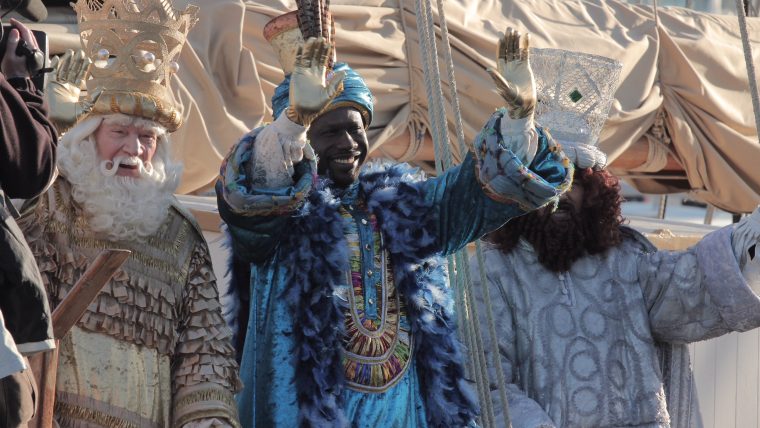 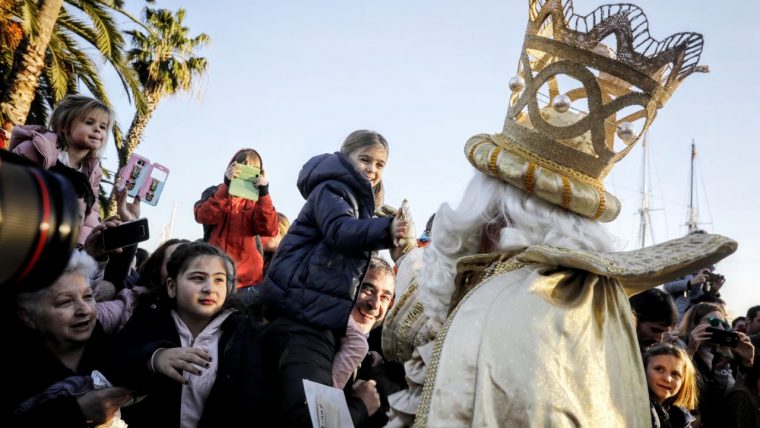 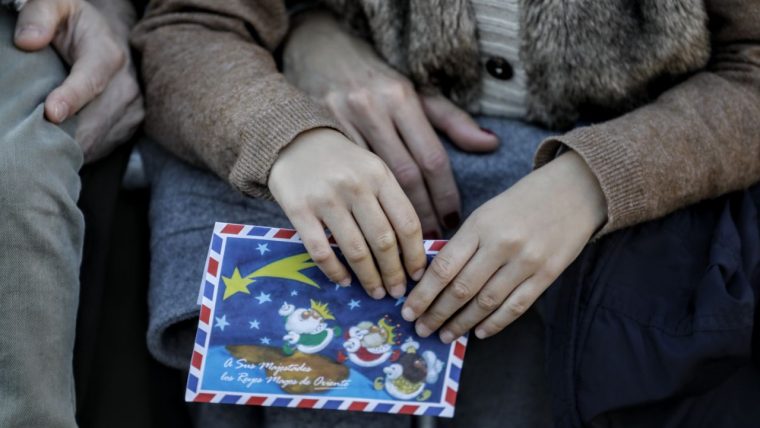 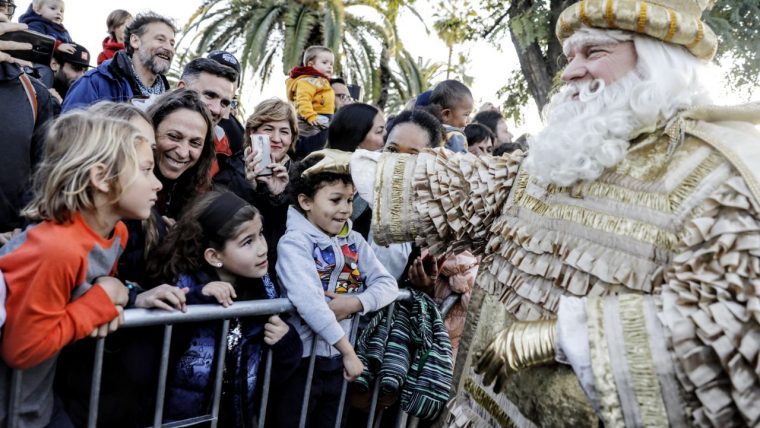 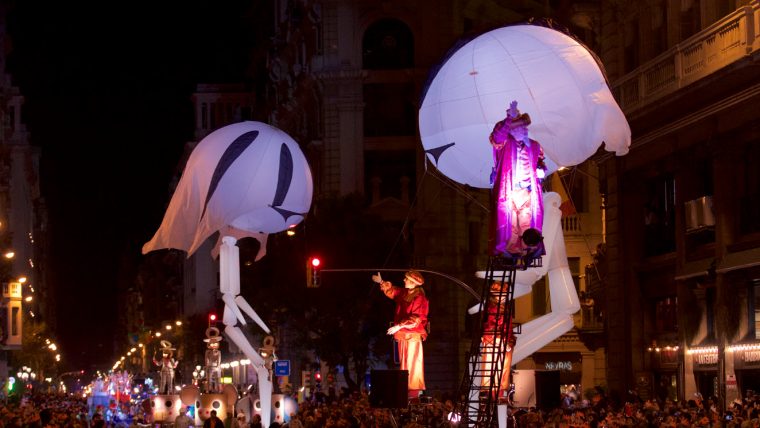 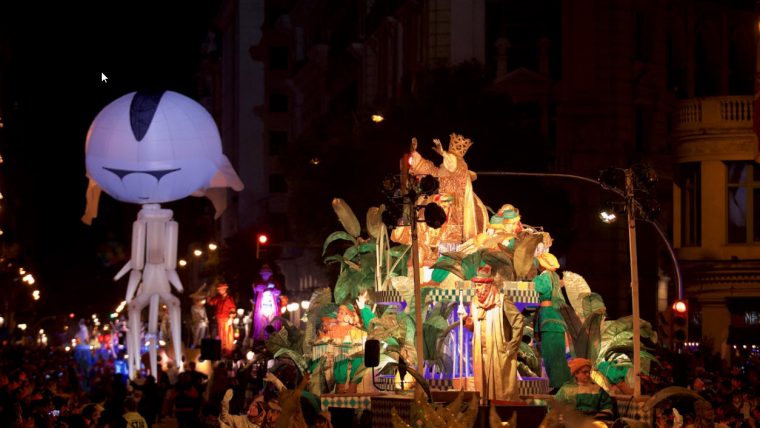 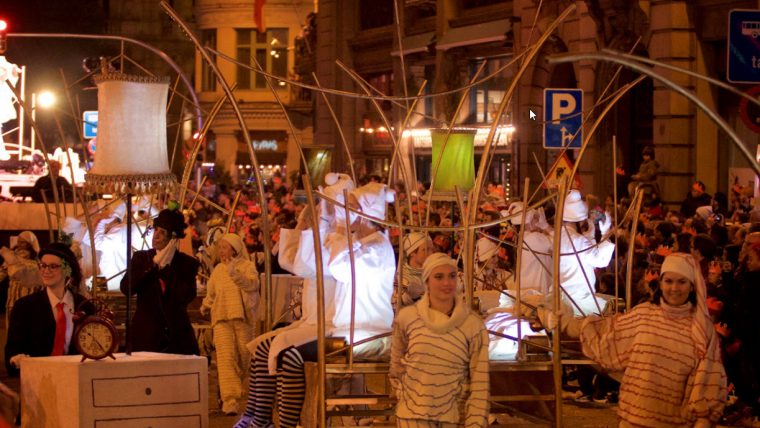