The Volta Catalunya 100 has been postponed to a new date 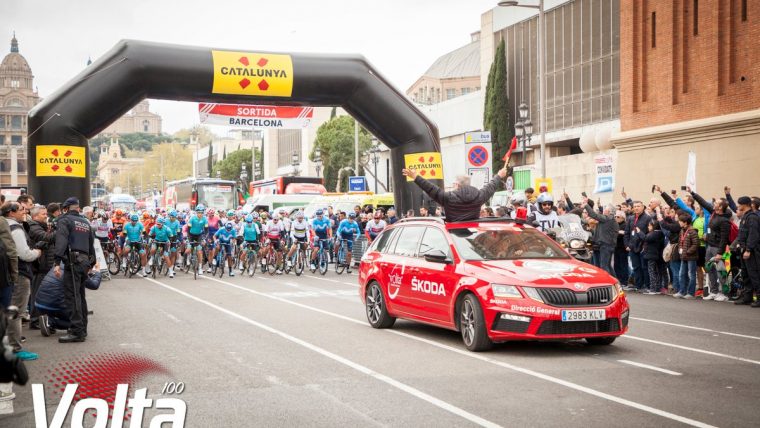 The Volta Ciclista a Catalunya will now be requesting new dates from the International Cyclist Union for holding the 100th edition of this race this year, 2020, and, should that prove impossible, for next year, 2021.

“We tried our best, up to the last moment, to hold this truly special edition of the Volta Ciclista a Catalunya as planned, but right now the preventive and health measures for the runners, teams and spectators take priority over the competition. The Volta will be back, stronger than ever, to hold its 100th edition under the best conditions. I thank all the parties involved for their understanding: Institutions, towns and villages, fans, sponsors, teams, cyclists, volunteers… the Volta story lives on and we’ll be seeing its 100th edition on other dates, and with full involvement from the public. Let’s not forget that the reason we put on this great show is for people to enjoy the race”, the organisation’s chair, Rubèn Peris stated.

The Volta is the third oldest stage race in the world, after the Tour de France and Giro d’Italia, and has been bringing together thousands of cyclists from the international arena year after year.

It was in this very special edition, number 100, that the organisers wanted to it to be held, come the moment, as normally as possible, without any type of health risk involved, and with the full support of cycling fans and followers. 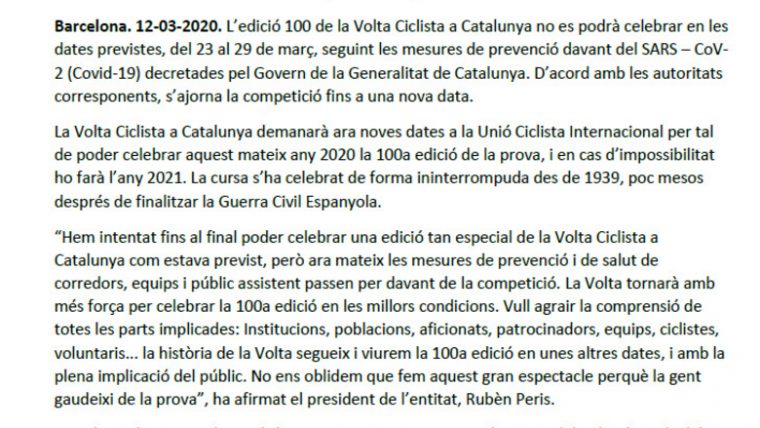