The weekend of La Mercè!

La Mercè is the most iconic festival in Barcelona, with city residents set to enjoy a long weekend packed with activities and excitement. La Mercè is a traditional festival and popular culture has a big part to play, with giants, parades, human towers meetings and sardana dancing all in the mix. It’s also a musical occasion featuring pop, rock, electronic music and flamenco, as well as some of the newest and most interesting sounds from the indie scene and promotional events such as Barcelona Acció Musical - Cultura Viva. Barcelona’s local festival is also a place for performing street arts, innovation and modernity, light displays and fireworks. But, more than anything, La Mercè is a celebration for the whole city and so this year’s programme strengthens activities in different neighbourhoods and spreads the action to the Besòs river area. 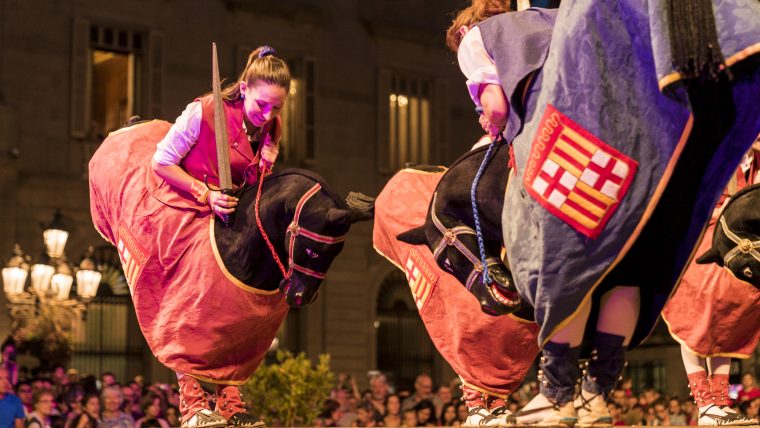 The festivities for La Mercè start on Friday afternoon with the traditional bell-ringing and the opening speech, given this year by the Barcelona actress Letícia Dolera. After the speech comes the inaugural festive procession, a concert with sardana dancing and a stroll by the city’s dragons and fire beasts.

Saturday morning starts with stick dancing and the parade in Plaça de Sant Jaume, moving around various points in the neighbourhood of Ciutat Vella, and continues with the Mercè Dansa event. In the afternoon, the Cors de Clavé will be offering a choral concert and there’s also a firework parade by little devils, followed by the fire run as from 8.15 pm. Popular culture events continue on Sunday at noon in Plaça de Sant Jaume, with a human towers gathering, the groups invited being the Castellers de Barcelona, the Minyons de Terrassa and the Colla Joves Xiquets de Valls.

Festivities on Monday get under way at 8 am, with the wake-up call by graller players and percussionists and the trabucaires firing their blunderbusses in the air. There’s also a dance display by giants and a stroll around by nan festive dwarf figures and giants. At noon, the human towers meeting for La Mercè includes performances from all the city’s human tower groups, one of the highlights on the human towers yearly calendar. In the afternoon it’s time for the Mercè procession and the choral concert. Later, as from 9 pm, things start to wind down with closing ceremony and a cobla concert at the Basílica de la Mercè.

Lisbon is this year’s guest city and over the weekend there’s a chance to discover and enjoy popular culture traditions from the Portuguese capital at different points around the city. For more information click here.

Cultura Viva at the BAM

La Mercè 2018 spreads music to numerous corners around the city, with all sorts of music, such as pop, rock, electronic music, flamenco, fados and symphony music. The BAM Festival also means an opportunity to discover the newest and most ground-breaking sounds from the indie scene.

One activity that stands out during the festival is Barcelona Acció Musical – Cultura Viva, on at the Fabra i Coats on Friday (6.30 pm) and Saturday (1 pm). The event includes a record fair, four stages and a space for talks. The extensive programme of activities is designed to promote the most innovative music community, including at a social and economic level. A dozen live concerts are also in store.

Another iconic space offering a series of special activities is La Pionera, in Pg. Calvell, at the end of Rambla de Poblenou. Besides craft stalls and cuisine, there will be live music here and a selection of some of the finest craft beers from the Poblenou beer festival.

La Mercè continues to explore the city and this year features a new venue by the Besòs river in the Bon Pastor neighbourhood. On Saturday, Sunday and Monday there will be a series of family activities from 12 noon through till 8 pm, including an acrobatics and balancing show from Ethiopia, circus performances, African dance workshops and swing dancing.

From Saturday through to Monday the Parc de la Trinitat (Sant Andreu) is hosting “the most urban meal of La Mercè 2018”, with food trucks, a chance to dance hip-hop and other urban dances, go on a bike ride and try a broad range of dishes. There will also be children’s activities, workshops and urban dance displays, as well as a rhythm and percussion lab.

The Parc Central de Nou Barris will also be involved in the festivities, with activities for the Música Mercè festival. On Friday evening the Barcelona Municipal Band will be giving a concert entitled ‘Un mar de músiques’, while on Sunday it’s the turn of the Barcelona Symphony Orchestra – National Orchestra of Catalonia (OBC). On Sunday the symphony orchestra and choir from the Gran Teatre del Liceu will be performing and on the Monday, the Vozes International Symphonic Orchestra.

Performing arts, circus, dance, street theatre and new technologies are also protagonists at the festival, with shows at other venues such as the Parc de la Ciutadella, Montjuïc and the Palauet Albéniz. To see the street arts programme click here.

Light and gunpowder also play an important part in Barcelona’s local festival, the International Firework Festival, the music and fireworks spectacular and the projections onto the façade of the City Hall all now firm favourites, not to be missed. For more information click here. 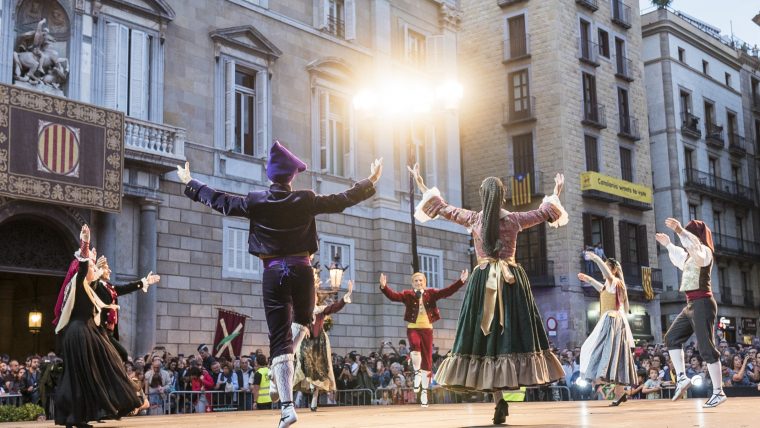 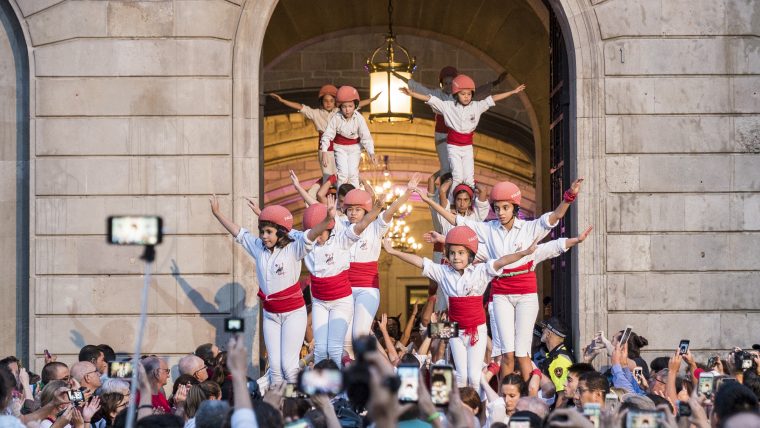 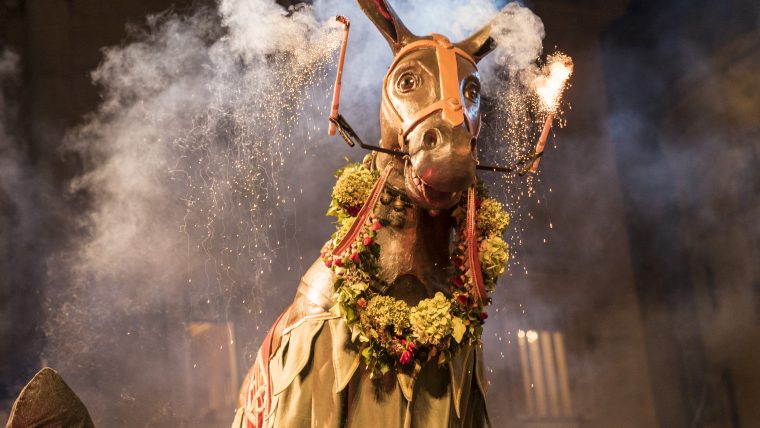 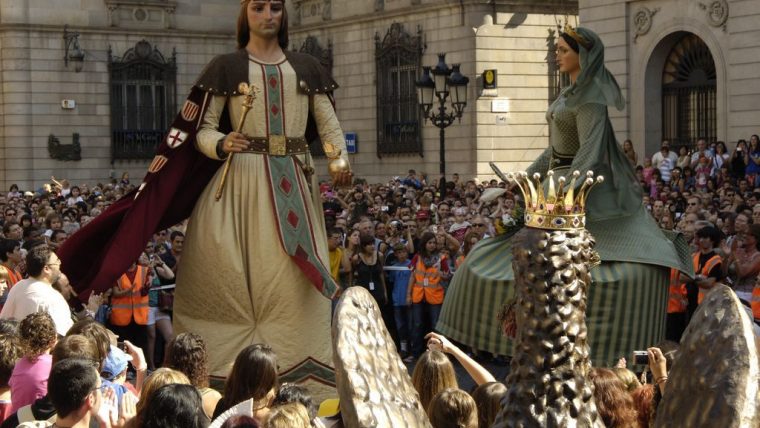 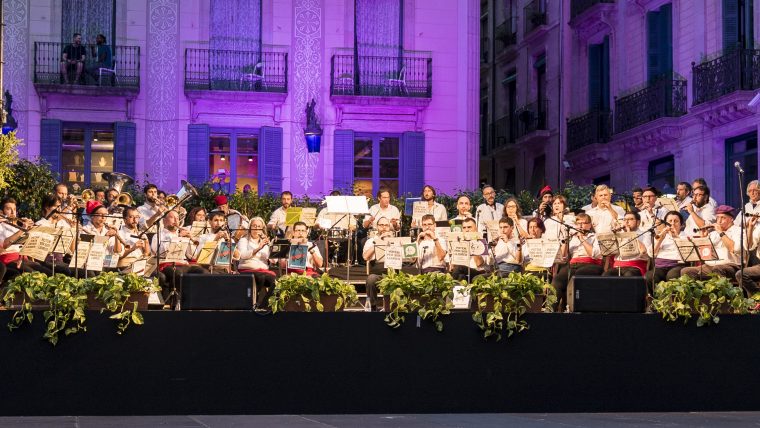 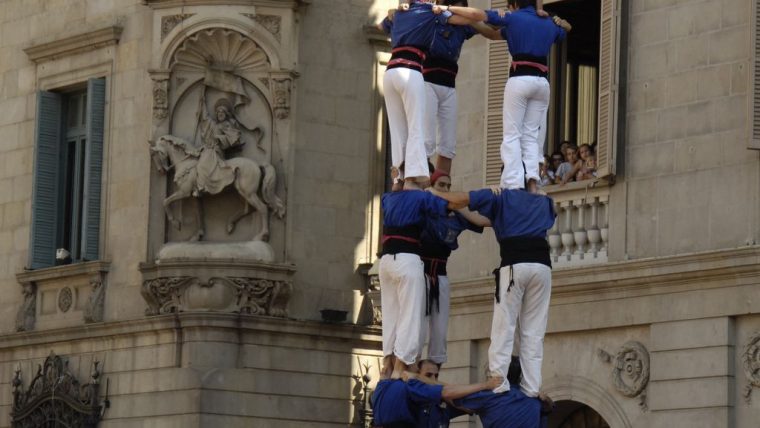 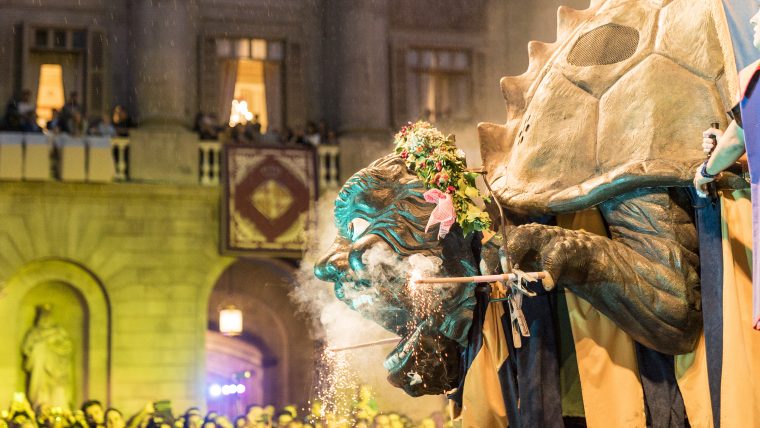 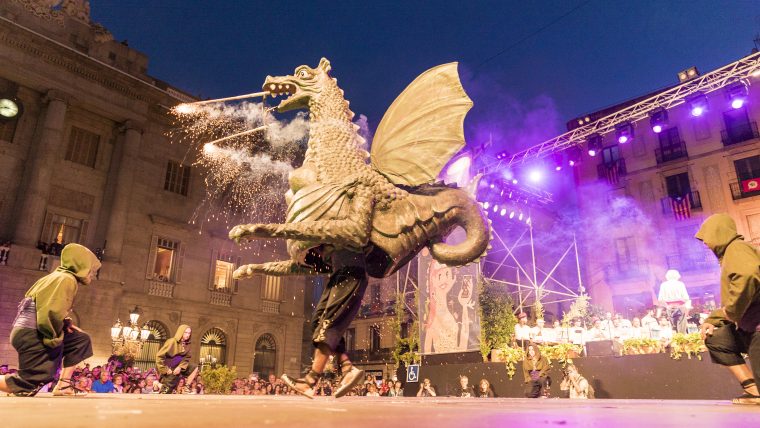 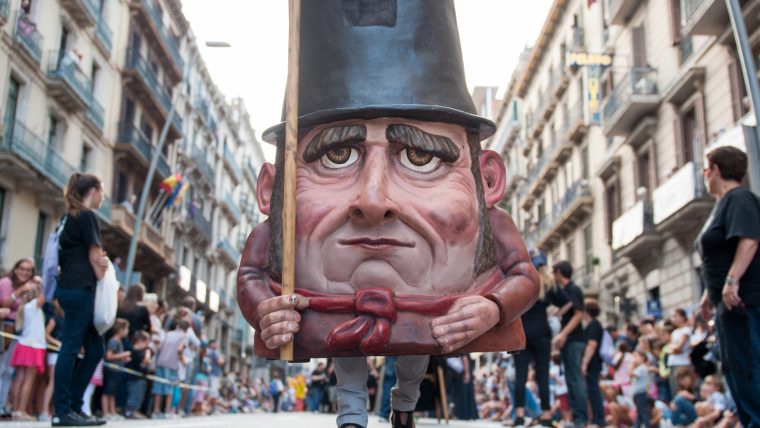 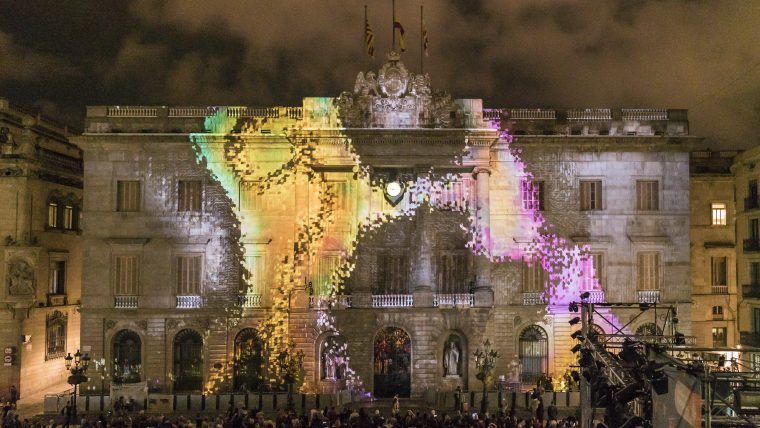 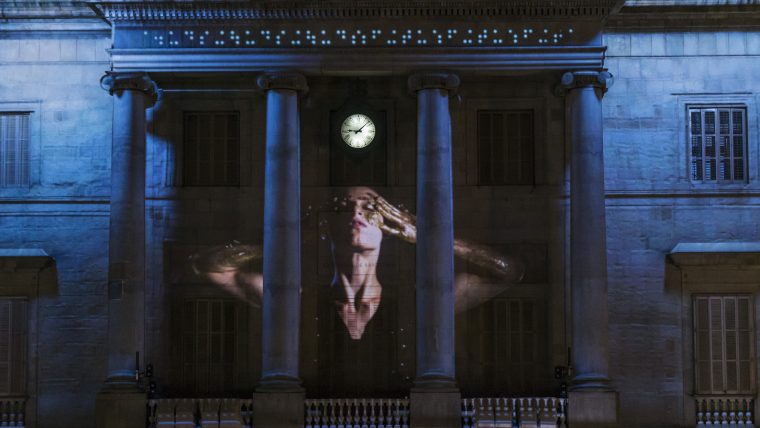 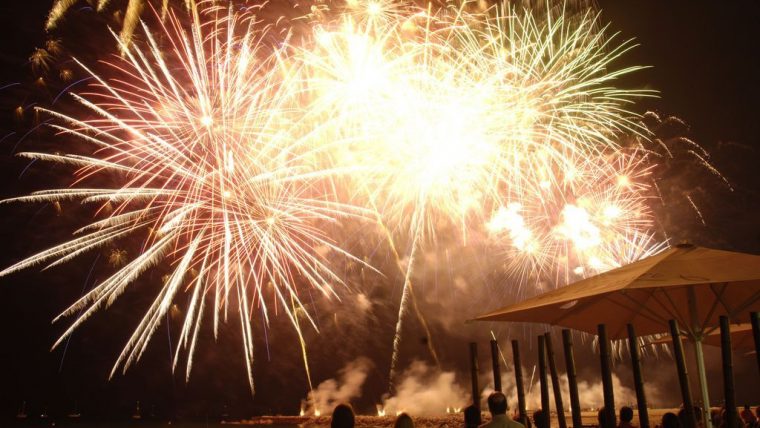 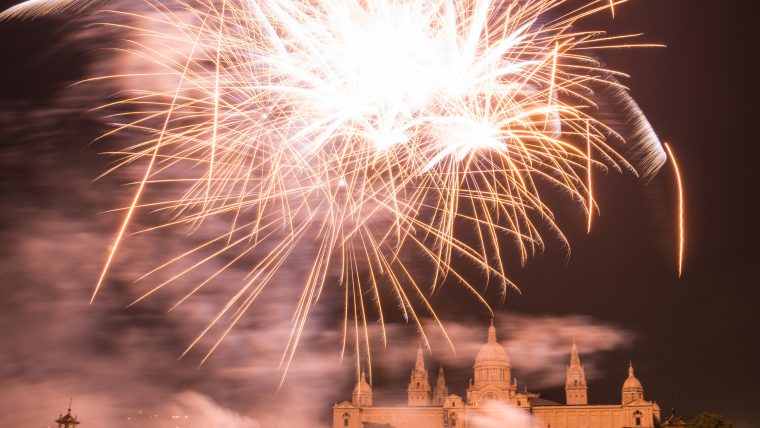 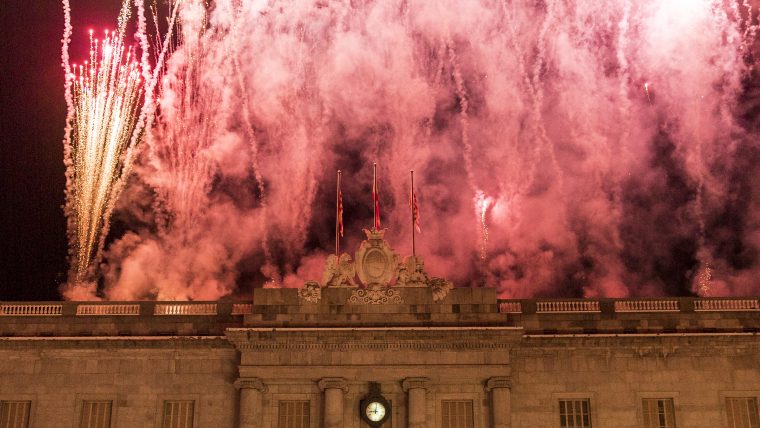