Three times as many refugees in two years

The number of people dealt with by Barcelona’s Care Service for Immigrants, Emigrants and Refugees (SAIER) in relation to refuge has tripled in two years. These are citizens from abroad who approach the service for information on international protection and how to request it, others who have already requested it and others who have already been extended protection but who still need support. The municipal service attended to a total of 4,405 people last year, practically doubling the figure for 2016 and more than tripling the number for 2015 (2,292 and 1,374 people respectively). The increase is not only due to the fact that more and more people are arriving in the city in search of safety, but also the shortcomings in the state reception programme for asylum seekers, which leaves many unprotected. 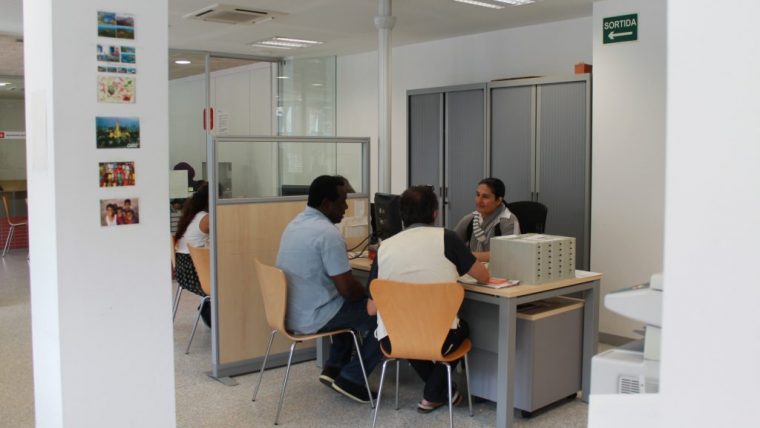 The SAIER offices in Av. Paral·lel and C/ Fontrondona are full. Single people and families, an ever-increasing number of them with young children. The number of child refugees attended to grew by 130% last year compared to the previous one, rising from 364 to 839.

The rise in refugees seeking support from the SAIER has been repeated every year since 2014, when the figure of nearly a thousand users doubled a year later. Between 2014 and 2017 the overall rise was almost 400%. As a result, the proportion of refuge-related responses from the municipal service attending to immigrants, emigrants and refugees has not stopped growing. Refugees currently account for a quarter of all people attended to by the service and a third of its total activity.

Users have very different profiles, with an increasing diversity of nationalities present. The reason is simple, according to the municipal service: more and more countries are affected by political and/or humanitarian crises, human rights violations and armed conflicts. As a result, more and more people are forced to flee their homes in search of safety.

In 2016 the SAIER attended to people from 88 different countries, ten more than the previous year. The five countries where the most refugees arriving in Barcelona originated from at that time were Ukraine, Venezuela, Pakistan, El Salvador and Honduras. In 2017 that order was reversed, with most refugees coming from Venezuela, followed by Ukraine, Honduras, Colombia and El Salvador. Syria, which accounted for the second largest volume of refugees in 2014 and 2015, dropped several positions.

The reasons for flight explained by refugees and asylum seekers approaching the SAIER vary: political and economic instability in Venezuela, political conflict and the forced recruitment of men of military age in Ukraine, religious conflict and insecurity linked to armed Islamist groups in Pakistan and personal safety and general violence by organised gangs and the state in the case of Central American countries. Other common cases include social activism, political opposition and LGBTI couples or individuals persecuted in their countries of origin for their sexual orientation.

The trend reflects what is going on at a national level, where the rise in people seeking international protection in the first quarter of 2017 compared to the same period the year before was 130%, rising from 2,930 to 6,865. In terms of nationalities, Venezuela was by far the origin of the most refugees, followed by Ukraine, Syria, Colombia and El Salvador.

Under their own steam

Contrary to popular belief, the majority of people seeking refuge in Barcelona do not reach the city via the official reception programmes which the central government committed to with the EU to alleviate the pressure in Italy, Greece and the countries bordering Syria.

The programmes actually ended last year. In total, according to data from the European Commission on 12 January, the state relocated just 205 people from Italy and 1,123 people from Greece. That’s less than 11.5% of the minimum number of people that should have been received from the two countries. Together with this, 1,360 people were resettled from Lebanon and Turkey, representing nearly 94% of the corresponding commitment. The central government has pledged to transfer 1,000 more asylum seekers to Spain from UNHCR refugee camps in 2018.

Ignasi Calbó, coordinator of the ‘Barcelona, Refuge City’ plan, explains that of the 4,405 refugees attended to by the SAIER last year, only around fifty came via the European programmes.

Given the lack of safe routes, the others (nearly 99%) reached Barcelona under their own steam, via El Prat airport or via irregular crossings of the southern border with Morocco. Over 25,000 migrants and refugees reached Spain by irregular means last year, nearly twice as many as in 2016, three out of four crossing the sea to do so. Over two hundred others drowned on the way.

“People think that refugees haven’t reached the city, but the truth is municipal support services for refugees are working flat out. The way the City Council is being left to deal with this challenge alone is unacceptable. The central government and the Catalan government both need to be involved”, criticised Calbó.

To tackle the situation, the City Council has upped the budget for the SAIER in the last two years, also increasing the budget for temporary emergency accommodation and boosting reception and information services, translation and interpreting. Management and organisational measures include the creation of two specific work groups on refuge, in collaboration with entities offering social support to people requesting international protection.

The increase in demand for support from the SAIER is due to the increase in arrivals, but also to the shortcomings in the state-run reception programme for people seeking international protection, which the central government delegates to entities specialising in social support for these people.

The programme consists of a preliminary evaluation and referral stage (initial reception or stage zero) and an ‘integration’ stage. The latter consists of three 6-month periods: reception (first stage), integration (second stage) and autonomy (third stage). The whole process lasts 18 months, 24 in the most vulnerable cases.

The programme affects Barcelona and its municipal services for various reasons. Firstly, the state delegates the initial reception stage in the entire province of Barcelona to the Creu Roja (Catalan Red Cross), which conducts the process at the SAIER. As a result, everyone seeking information or accessing the state programme is attended to by the SAIER, where their profile and needs are evaluated to refer them to the most suitable resource, depending on availability. The initial reception service currently attends to as many as 110 cases a day, whether individuals, couples or families.

At the same time, the inflexibility of the access criteria for the central government programme left many people unprotected last autumn. Examples include those who do not have their own resources but who are not deemed vulnerable, as well as those who have been in Spain for over six months or in the EU for over two years at the moment they request asylum.

The delay in the process to grant access to the programme also leaves many people unprotected. The SAIER estimates the process currently takes around six months, during which asylum seekers with no resources or family networks have no place to go.

The SAIER provides cover for the most vulnerable cases and families with minors, putting them up in emergency temporary accommodation until the situation is resolved. Last year the City Council spent 1.4 million euros on pensions and hotels for refugees and immigrants with no resources. In 2016, that figure was 700,000 euros, just on refuge. Asylum seekers who don’t meet the vulnerability criteria set by the ministry end up unprotected and have to be attended to at municipal primary reception residences.

“We’re very satisfied that, despite the impediments of the central government, Barcelona is an open city which is proud to take in people seeking refuge”, concluded Calbó. “Refuge is a reality we’re learning to live with and which is already part of the city’s DNA, as it will be in the Barcelona of the future. Being a city of refuge requires a significant effort, but also brings undeniable enrichment for the city”. 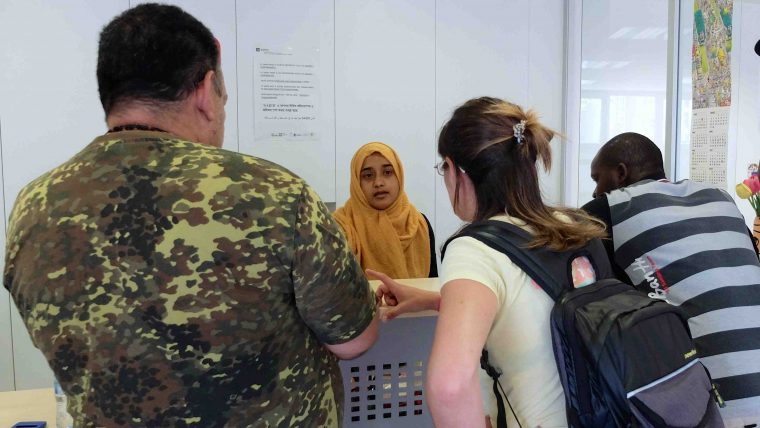 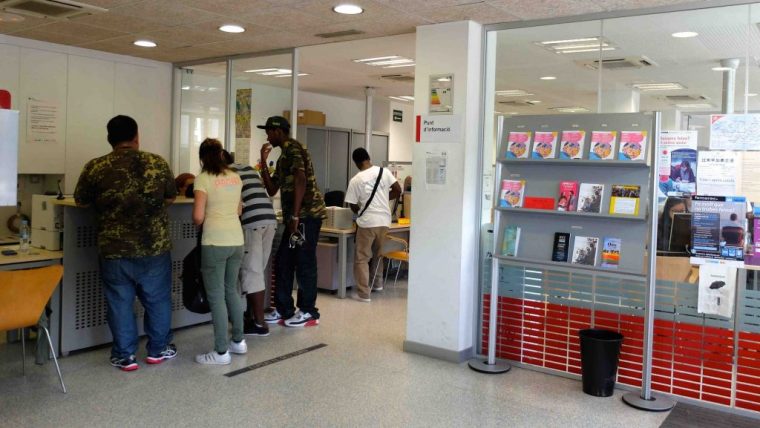