Towards safer and more sustainable mobility 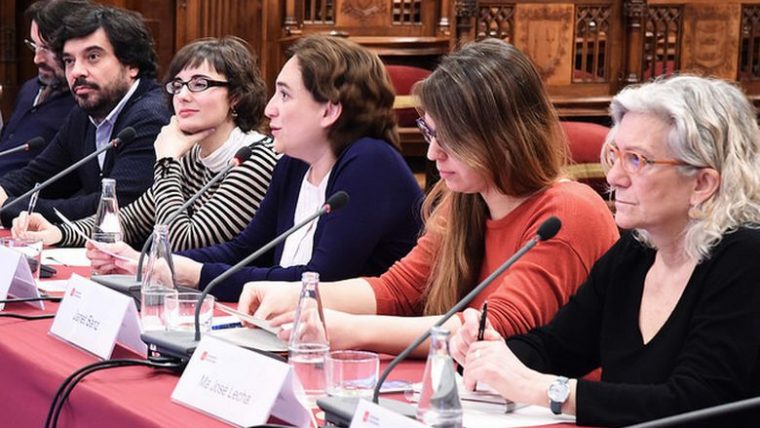 During the plenary session for the Mobility Pact there were calls for a law to finance public transport and the roll-out of a regional law. During the meeting, which involved 90 entities in this sphere, agreements were discussed which must achieve a city which is less polluted, more efficient and accessible, such as the freezing of tariffs and the deal to finance two stations on the 10 sud metro line.

The Mayor of Barcelona argued that that investment in public transport is needed to achieve a healthier and more sustainable city, and also because “it’s one of the main tools to guarantee a more equal city, with service for everyone and for all the city’s districts”. At the same time, Colau called for a state law enabling stable funding, sufficient for and suited to public transport needs, and for the Government of Catalonia to roll out a regional law. “We’ve been making an accumulated effort using our own resources, and in the long run that’s not sustainable”, noted the Mayor.

At the same time, work is being carried out on the Urban Mobility Plan (PMU) 2013-2018, which is aimed at boosting mobility on foot, by bicycle and by public transport, reducing the use of private vehicles. The measures put in place, such as the protocol of measures to combat pollution, the improvement of the cycling infrastructure and the Poblenou superblock mean that in 2016 there was a 4.4% increase in bus journeys in the city and 14% in journeys by bike.

Long-term work is also being carried out to draft a new urban mobility plan for 2019-2024, which provides continuity for the current plan and consolidates the objectives envisaged. The new plan will continue to develop the superblock model and have safe, sustainable, equal and efficient mobility as its objective. The new document includes pollution and tariffs as central elements. The calendar envisages the drafting of the analysis during the first half of 2017.