Traffic disruptions from the Pride Barcelona 2018

The parade will kick off at 5 pm, though the gathering of the floats will close C/ Portal de Santa Madronato traffic from 4 pm on. The parade will travel along Paral·lel towards Plaça d’Espanya. Av Reina Maria Cristina, Pride Barcelona’s nerve centre, ​​will be march's final point. The ‘village’ and main setting will be in that area, which will close to traffic at 10 pm on Wednesday, 27 June. Saturday will also see the demonstration held by the Comissió Unitària, which will set off at 6.30 pm from Plaça de la Universitat. 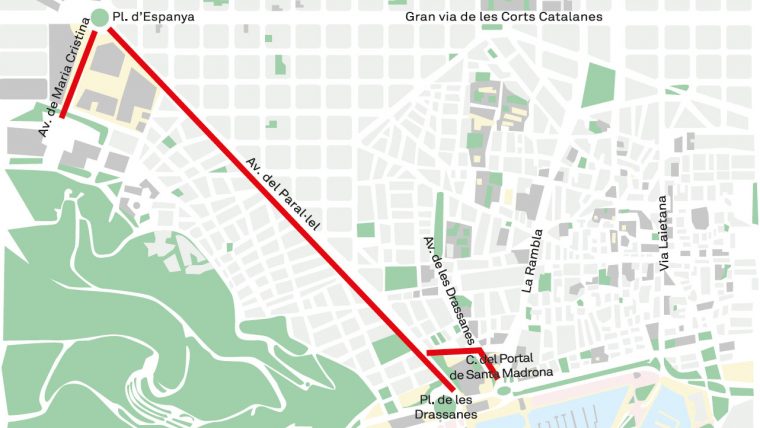 The Pride Barcelona 2018 parade will be causing vehicle-traffic disruptions from Wednesday, 27 June until Sunday, 1 July.

No parking will be allowed along Avinguda de la Reina Maria Cristina from 10 pm on.

Avinguda de la Reina Maria Cristina will close to all traffic at 5 am, so work can be carried out for putting up the village. Parking will also be banned there.

The ban will continue until 6 pm on Sunday, 1 July.

The event will officially open at 12 noon and activities start in the village.

Carrer del Portal de Santa Madrona and Avinguda de les Drassanes will close to traffic from 9 am to 6 pm.

As an exception, local residents will be allowed access to Carrer de Perecamps from Av Drassanes, as well as from the exit from C/ Cid to Av Paral·lel.

Av Paral·lel will close to all vehicle traffic (apart from the floats taking part in the parade) from 5 pm on (when the LGBT parade kicks off) to 8.30 pm.

The march is expected to reach Plaça d’Espanya by 7.30 pm.

The route will be as follows: Av Paral·lel, from C/ Portal de Santa Madrona to C/ Lleida (Besòs-facing side), and from C/ Lleida to Plaça d’Espanya (Llobregat-facing side, in the opposite direction). The parade will end at Av Reina Maria Cristina.

Parking: vehicle parking (including motorbikes on the pavement) will be banned from 2 pm to 10 pm on Saturday, 30 June, along Av Paral·lel, on the Besòs-facing side, from C/ Portal de Santa Madrona to C/ Floridablanca.

That is why the public are advised to use the metro during those times. The closest stops for reaching the Pride Parade are Espanya (L1 and L3), Poble-sec (L3), Paral·lel (L2 and L3) and Drassanes (L3).

A demonstration of unity

The Comissió Unitària 28 de Juny has organised several events and a demonstration for the city centre to call for rights for the LGBTI community.

The central event will be taking place on Thursday, 28 June, at 6.30 pm at the Palau de la Virreina with a workshop on hate crimes and, on Saturday, 30 June, a demonstration march will be held with the slogan “Let’s put a stop to hatred and LGBTI-phobia”, setting off at 6.30 pm from Plaça de la Universitat and finishing at Plaça de Sant Jaume. 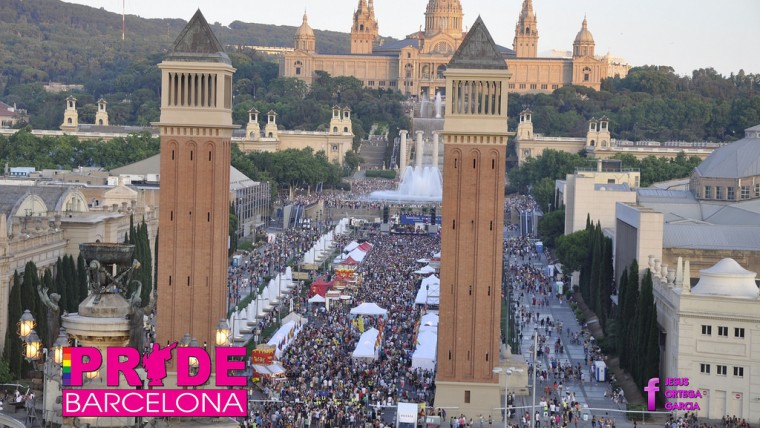 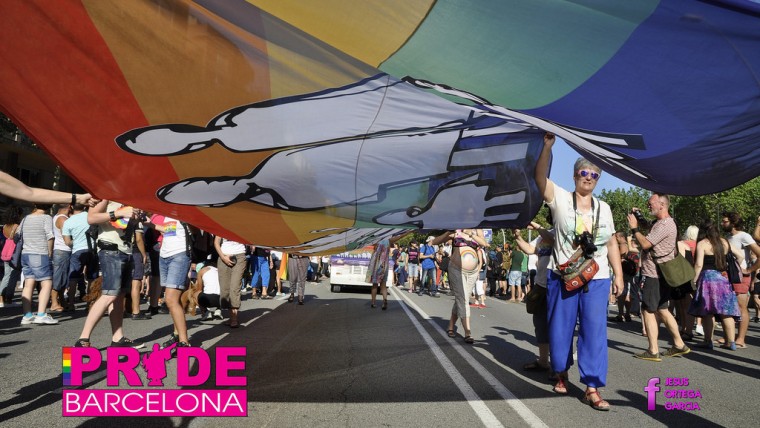