Road work at Plaça de les Glòries is progressing according to plan, and the coming days will see the usual lanes moved to make way for work along the central part. There will be over-night traffic restrictions — from 11 pm to 5.30 am — to keep traffic disruptions to a minimum. 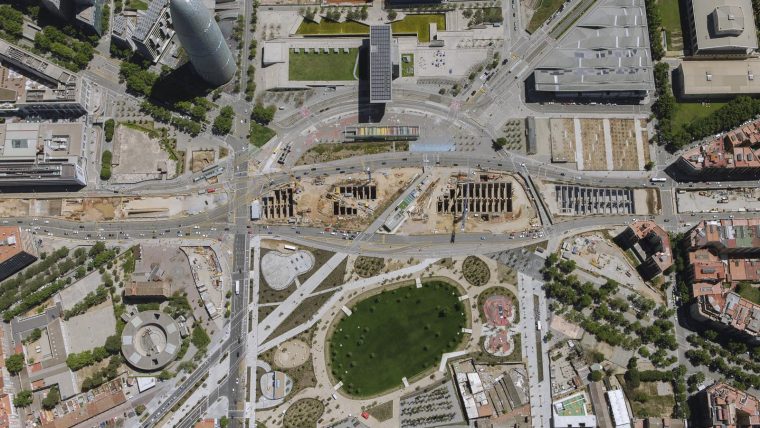 Road work at Les Glòries is progressing according to plan. This week will see it enter a new stage with the installation of road tunnels. So that the work can progress properly, the traffic lanes along Gran Via will be moved towards the sea- and mountain-facing sides. The change will occur on 7 and 8 August, between 11 pm and 5 am the following day, with restrictions to traffic on the road during the rush hour.

How the restrictions will affect traffic

The new arrangement of the lanes will come into effect the day after the restrictions.

Traffic changes along Gran Via

That means the Gran Via’s three exit lanes will have a new arrangement on 8 August,  moved towards the sea-facing side. And from 9 August on, the entry section to the city will have two lanes through the central Branch of the sea-facing side, which will continue exclusively through Gran Via, and a lane through the mountain-facing side, which will link up exclusively with Carrer de la Independència.

Meanwhile, Gran Via’s incorporation from Carrer de la Llacuna for entering the city centre will be through central lanes, continuing through Gran Via without any possibility of linking up to Carrer de la Independència. Vehicles intending to Access this road will have to do so from Diagonal.

Pedestrian paths along Carrer de la Llacuna and Carrer de la Ciutat de Granada will also have to be adapted to these changes.

Construction work is also being carried out on the emergency exits for the tunnels for Carrer de la Llacuna and Carrer de la Ciutat de Granada, during which those roads will need to be occupied:

Road-tunnel work on Plaça de les Glòries is progressing according to plan, under which new tunnels will go into operation during the first quarter of 2021. These tunnels will be 957 metres long and located between Carrer de Castillejos and La Rambla del Poblenou. 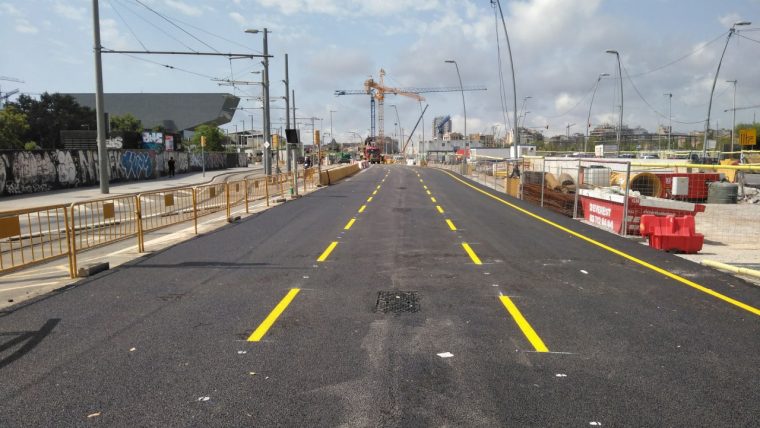 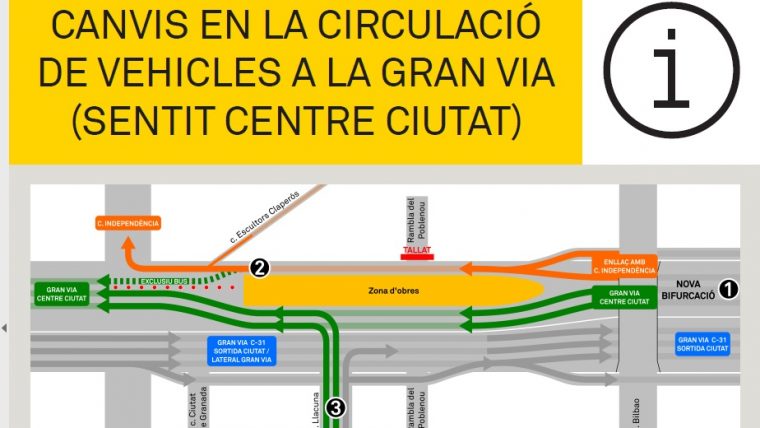