The iconic photograph of the anti-fascist militia woman Marina Ginestà will adorn a party wall on Plaça de les Dones del 36, in the Gràcia neighbourhood. The mural will be dedicated to the women who played an active role in defending the Republic during the Civil War. 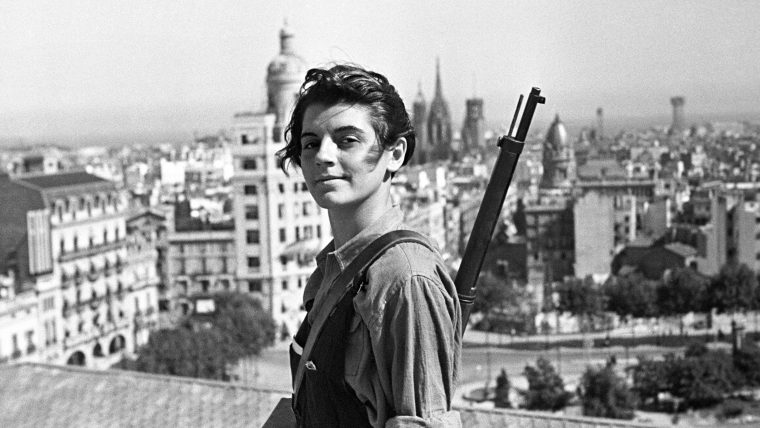 It was during the Gràcia festivities and the unveiling of a commemorative plaque in memory of the women who took part in the Spanish Civil War, that Gràcia’s District Councillor, Eloi Badia, announced an initiative aimed at “displaying an image representing the bravery, courage, enthusiasm, determination and strength of the women of 1936”, and at highlighting the role of women fighting under the Republican flag during the war.

The original photograph, taken on the roof of the Hotel Colón by Hans Gutmann, shows a young militia woman who was only 17 years old.

The project came about from an ideas contest from Architecture Week 2017, and is aimed at bringing dignity to the space by treating the party wall; so it can be integrated into its surroundings and its thermal performance improved.

Building a green facade and a photovoltaic panel power station will increase biodiversity and provide adjacent dwellings with better insulation and energy saving.

Work on transforming the party wall will be carried out at the start of 2019, budgeted at 230,000 euros and enshrined under the Party Wall Remodelling Plan for 2018-2019.