Use of the city’s Punt Verd recycling points rose by 5% compared to 2017 and has increased by 18% in the last four years. The increased use of these facilities helps reduce the generation of waste, foster selective waste disposal and recover and reuse raw materials and resources, in keeping with the zero-waste strategy. 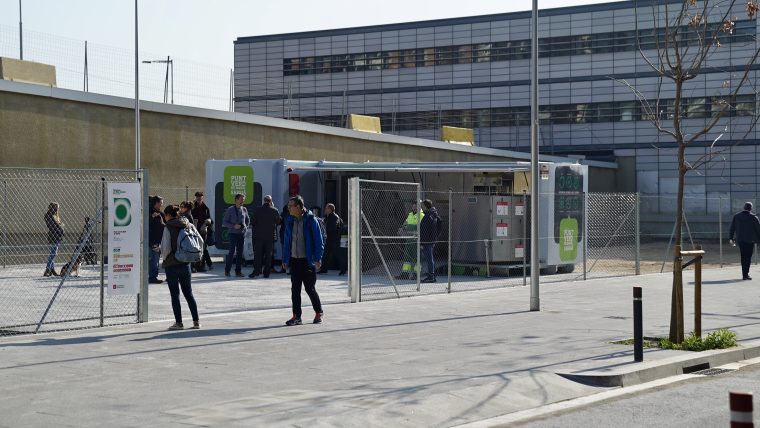 A total of 937,737 people made use of the points in 2018, depositing 17,628 tonnes of material, an average of 18.8 kg per user and a record figure for the city. Some 90% of people using these facilities use neighbourhood Punts Verds and mobile recycling units.

Of the material collected in 2018 at neighbourhood recycling points, 38% is reused, 48% is recycled and 4% used for compost. Waste management means 15,816 tonnes of carbon dioxide is prevented from being generated every year, the equivalent to the amount generated through the electricity consumption of 3,637 families for a year.

Barcelona has different types of recycling points. Neighbourhood points are smaller and are geared up to handle smaller volumes of domestic waste. There are 25 of these around the city. Mobile points are more common, numbering nearly a hundred, and consist of lorries with all the same disposal facilities as a Punt Verd. They are distributed around different points in the city and have fixed operating times to make things easier for users. There are seven bigger points around the edge of the city, consisting of facilities specifically for the commercial and services sectors. The city’s schools also have an educational resource to help teach students environmental awareness.

The district of Sarrià – Sant Gervasi is the first in the first in the city to operate a new self-sufficient recycling point which is more sustainable, autonomous and mobile. The facility, in C/ Cardenal Sentmenat, provides service without having to connect to the power grid, thanks to a dozen high-performance solar panels which provide it with electricity. Neither does the new system need to be connected with the water network, with drains or the telephone network, and it can be loaded and transported with a skip-carrying lorry. 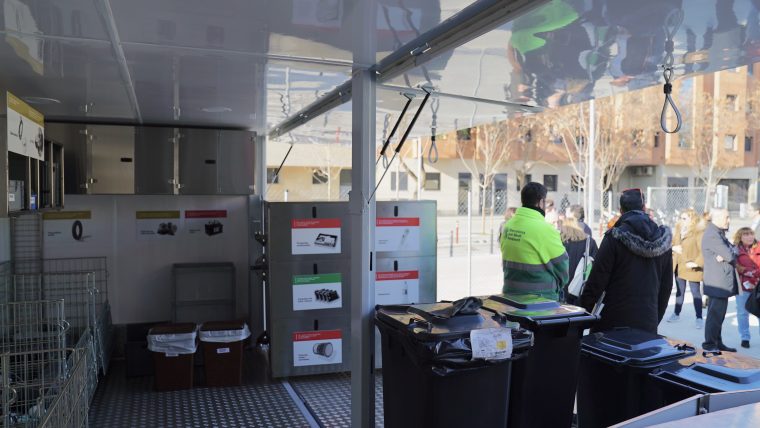 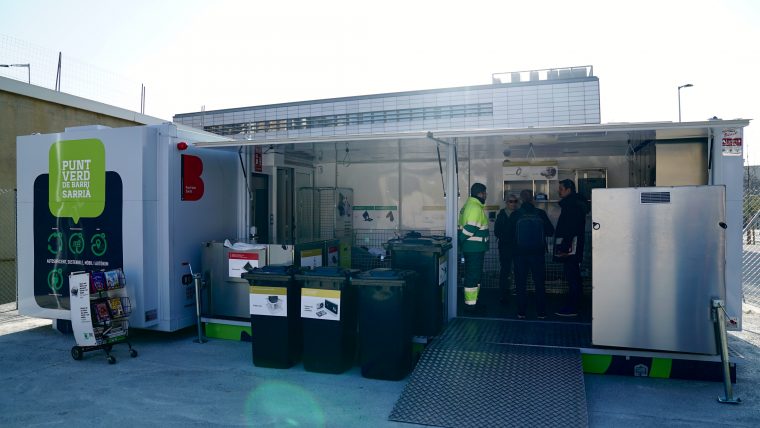