What to read for Sant Jordi? Reading material on migration, asylum and otherness

There are numerous books about migrants, refuge and asylum. Some date back a long way, as humankind has always migrated, some are new, addressing the so-called ‘refugee crisis’, some are political and some are personal accounts. There’s also literature written in exile, by writers who have had to leave their countries because of their writings. Sant Jordi is a great excuse to look at literature which helps us understand migration and verse ourselves and others in the values of refuge. 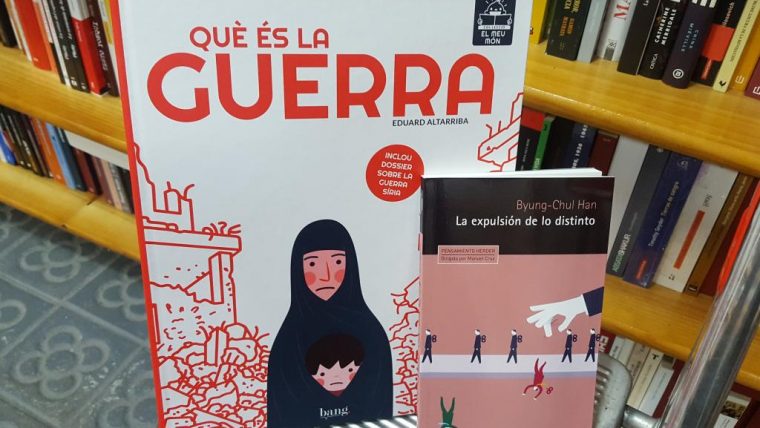 Besides its library network, Barcelona has a strong network of booksellers which goes beyond the major bookshops and offers some jewels in the form of small neighbourhood bookshops, some of them going way back and others with a more recent history. They are to literature what Asterix’s indomitable village is to the Gauls, resisting the advance of the digital age by selling paper!

From Rwanda to fortress Europe

One example is the Cap i Cua bookshop, with its wide range of transformational literature, full of utopias and calls for justice. The shop is run by Pepitu and when we asked him about books on migration and asylum he recommended Un país petit, by Gaël Faye. While the central narrative of this book is not about migration, it tells us about when “history came into our lives to irreversibly change them”. This is what happened with the war in Rwanda, which forced the writer and his family to leave the country.

In this small bookshop in the Gràcia neighbourhood we can also find Disparen a los refugiados, by Miguel Urbán and Gonzalo Donaire, which analyses a Europe which, “with is institutional xenophobia constructs a fortress Europe which causes thousands of deaths”.

Other recommendations include works by Spanish authors in exile: Pepitu tells us his favourites are Rafael Alberti and León Felipe.

Children’s books and the importance of listening

Laia Montaña, from the Taifa bookshop, recommends Què és la guerra?, a beautiful book illustrated by Eduard Altarriba and conceived to explain to children the causes, effects and mechanisms of wars. The book includes a dossier on the Syrian war, a topic as current as anything given the latest developments, which children will no doubt have heard talk of.

From such as specific book, we move onto the other extreme: the Korean writer and philosopher Byung-Chul Han’s abstract essay La expulsión de lo distinto. The work goes beyond a criticism of capitalism, delving into the fear of otherness, but also offering listening as an alternative, stating: “Listening invites the other to speak, freeing them of their otherness”.

Our last stop is La Caníbal, where we find a substantial pile of books about migration, many of them written by women. Amanda Cuesta offers us more recommendations than we can describe and so we focus on books by women writers. One example is Najat El-Hachmi’s La filla estrangera, an account of freedom, roots, generational differences and the personal, social and cultural complexity imposed by the immigrant condition.

In Inmigrantes y ciudadanos, the sociologist Saskia Sassen analyses the last 200 years of migration as a basis for her proposals on how administrations and society should manage migratory flows.

Another academic book with a highly interesting perspective is Memoria colonial e inmigración, by Rosalía Cornejo, which helps readers understand how the continuity of colonial memory conditions the current vision towards black individuals.

Another children’s book is La Nur s’escapa del conte, by Abir Ali, which tells the story of a girl who lives in a dark and sad world. One day she decides to face up to her present through her imagination, escaping her story and inventing herself a much better universe.

The comic which crosses frontiers

An in-house recommendation from the ‘Barcelona, Refuge City’ programme is Un regalo para Kushbu: Historias que cruzan fronteras. This book is a little jewel, with beautiful images by different comic artists and illustrators, aimed at a young readership who may sometimes find it difficult to grasp that migrants’ stories could be their own.

The comic, produced by Mescladís and the Associació Al-liquindoi with the support of ‘Barcelona, Refuge City’, was published a few months ago and this will be its first Sant Jordi!

With so many more reading suggestions to make, and no doubt readers’ interest in discovering more, we recommend the guide Conflictes i refugiats: una mirada al món. We’re also encouraging readers to take part in the reading club on refuge, organised jointly with the Biblioteca del Guinardó and the PEN Català. The sessions will be run by Salem Zenia, journalist, poet and novelist in the Amazigh language and currently a refugee in Barcelona. The club will meet as from October 2018 and the reading material to be used is currently being prepared.

Our final recommendation, even though it takes place in May, is the Literal, the fair for radical ideas and books. Activities include a talk with Asmaa Aouattah, author of L’Etern retorn, a collection of stories and personal accounts by people of Moroccan origin in Catalonia. 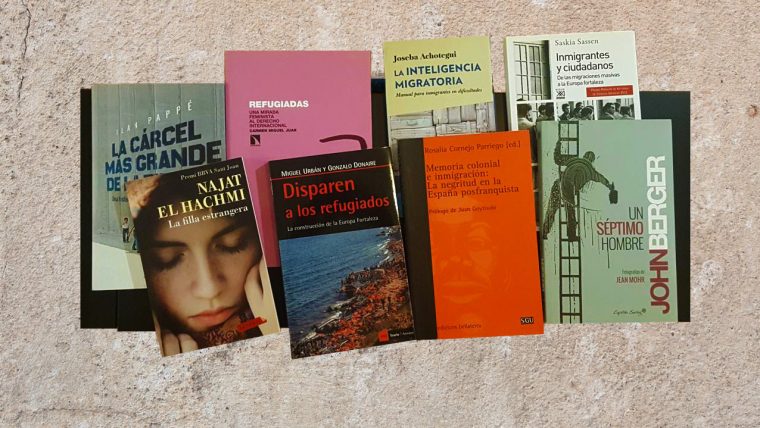 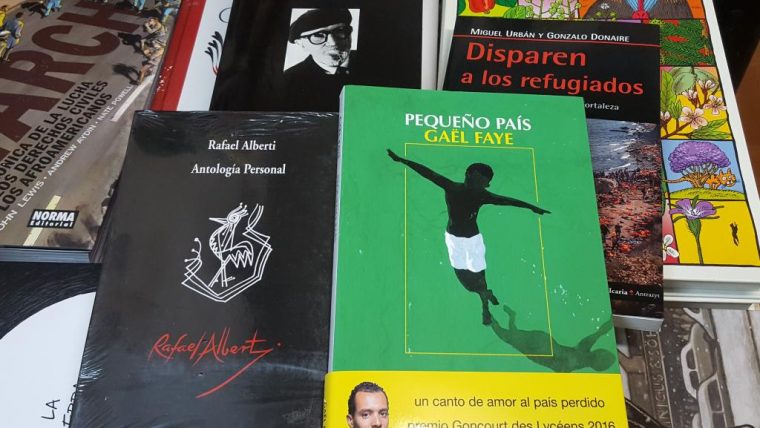