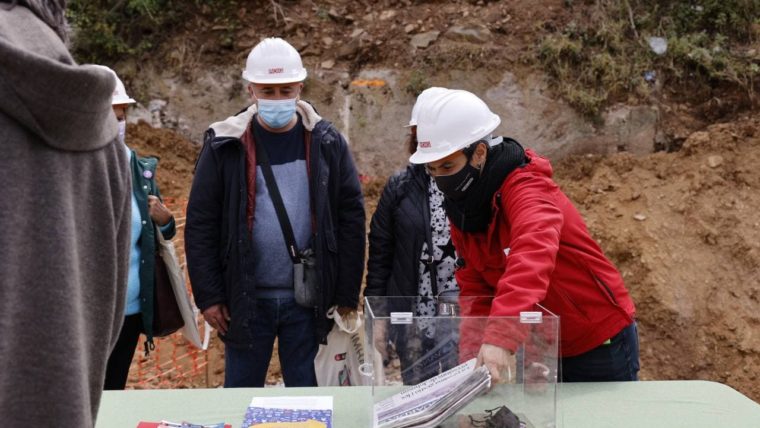 The Barcelona Municipal Housing and Rehabilitation Institute (IMHAB) has commenced the works of a block of 31 official protection homes for social rental in the Nou Barris district. The building is located at Avinguda Escolapi Càncer 27-33 in the Torre Baró neighbourhood, which will provide a new home for some 90 persons.

The plan is for the works, which signify a municipal investment of 4,047,778 euros (not including VAT), to last until the first quarter of 2023. The project forms part of the municipal government’s strategy in recent years of increasing and intensifying the construction of new protected public housing in the city.

The topography that characterises the Torre Baró area, with significant slopes, is one of the elements that mark the character of the building. Accordingly, the block designed by the joint venture formed by Alday Jover Arquitectes SLP and Burgos&Garrido Arquitectos Asociados SLP has a clearly-defined geometry that evokes a cube inserted into a significant north-oriented slope. This geometric figure has been hollowed out with an interior courtyard facing south, against the slope of the hill, directly seeking the sun and giving access to all the homes. Access to the building is via a large exterior porch opening onto Avinguda Escolapi Càncer, the main roadway of the new urban complex of Torre Baró, which revolves around a reconfigured Plaça dels Eucaliptus. The second floor of the building connects with Carrer Castelldefels, where there is a second access to it.

This project will provide 31 homes and a commercial establishment distributed into a ground floor and five upper floors. The ground floor will house the commercial premises and a large porch, and a semi-basement will contain the utility rooms, the rear of the commercial premises, a bicycle storage area and a space for the wastes generated by the homes. The homes will have a useful floor area of between 65m2 and 80m2. 14 of them will have three bedrooms, 16 will have two and 1 will have one. In addition, two of these homes will be adapted for persons with reduced mobility.

The homes will be distributed between the first and fifth floors: 5 on the first, 6 on the second, 6 on the third, 7 on the fourth and 7 on the fifth. The building will also have an interior courtyard and 17 storerooms for the homes with one and two bedrooms. The roof will house the telecommunications infrastructure, the antenna, the lightning conductor, the photovoltaic installation, the cleaning room and the smoke and ventilation outlets.

In addition to this development, there are currently two more protected public housing promotions in progress in the Nou Barris district: a project of 47 homes to be used as social housing, also in Torre Baró, planned for the second half of 2022, and the co-housing project led by the Sostre Cívic cooperative in the Pla dels Cirerers, with 29 more homes which will be completed by the end of this year. It is also planned, during this year 2021, to commence the works of three more promotions in the Trinitat Nova neighbourhood, with a total of 246 rental homes with surface right. In total, the protected housing stock in the Nou Barris district will be increased by 353 additional homes for some 880 persons.

All of these actions demonstrate the IMHAB’s commitment to the promotion and enlargement of public housing in the city. Barcelona City Council currently has 79 active promotions, of which 19 are completed, 16 are in construction, 15 have the project tendered, 9 are in the planning stage, 9 are in land tender and 11 have the tender programmed. This means that there are 4,847 homes and 186 accommodations currently in progress apart from those being planned.

In addition to the new developments, the Barcelona City Council is also enlarging the public housing stock through the purchase and mobilisation of private homes for affordable rents. Since the year 2015, the Council has acquired 184 homes in Nou Barris and has obtained 323 private homes by way of the various capture programmes, addressed to affordable social rental. Overall, the homes purchased and mobilised represent accommodation for more than 1,200 persons. 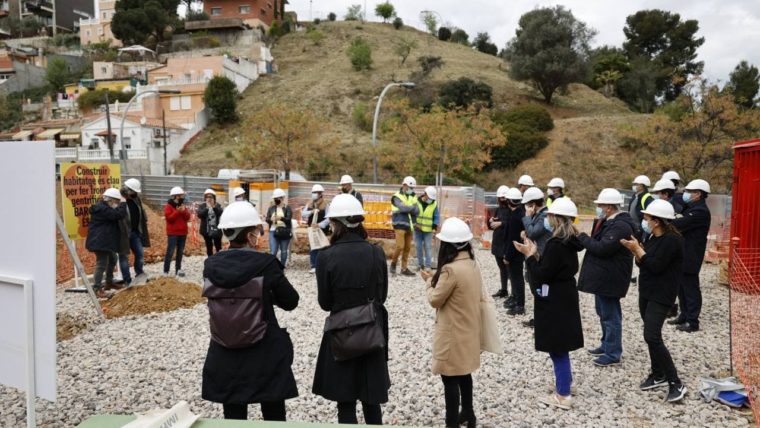 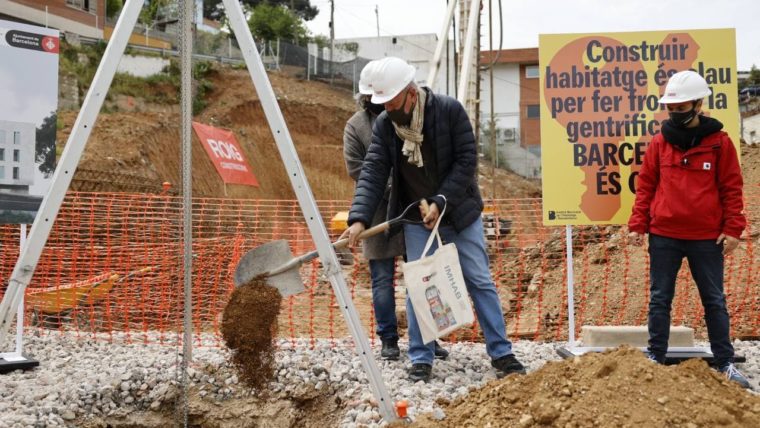