The first stage of work in Parc de les Glòries and the work to renew Av. Meridiana between C/ Independència and C/ Mallorca concludes on 6 April. The completion of the work means both spaces will now be open to the public.

This first section of the Parc de les Glòries covers an area of 20,400 square metres and has over 400 trees, making it a new green lung for the city following the transformation of space which was previously entirely devoted to traffic. The area is now dominated by the Gran Clariana, a big grass clearing of 1.1 hectares, offering a green space for people to enjoy in the middle of the city.

The Parc de les Glòries has been designed to foster biodiversity and it has some unusual traits which make it different to other Barcelona parks. Besides the large clearing, which will stay closed to the public for a few more weeks to enable the grass there to take root properly, there are also three biodiversity nodes (small-scale reproductions of Mediterranean woodland habitats), a recreational area with children’s games, a dog zone, a sports and play area for young people, the Rambla dels Encants and various other sections.

As the work in Parc de les Glòries concludes, there’s a chance to see the exhibition ‘Mirades del verd’ (Seeing Green) in the new park from 6 to 14 April. The display has been visiting different spots around Barcelona over the last few months and will now be set up between the new Rambla dels Encants and Av. Diagonal. Children’s workshops are also being organised in the vicinity on Saturday, from 12 noon to 2 pm, and as it’s the first Saturday of the month the Glòries viewing platform will also be open from 10 am to 2 pm.

Other organisations are celebrating the end of the work with activities for the general public. One example is the Museu del Disseny, which will be holding an open day in its main building, next to the new park. The permanent collections at the museum will be open to the public and free to visit from 10 am to 8 pm.

Saturday 6 April also sees the completion of the work in Av. Meridiana, which has been remodelled between C/ Independència and C/ Mallorca. The project covered an area of 43,500 square metres and has created spaces for local residents to rest and relax in, as well as wider pavements, more trees and vegetation, children’s games, street furniture and new lighting. The work carried out between C/ Independència and C/ Aragó stands out in particular, with the 16-metre wide central pedestrian strip getting a more predominant role. A segregated bike lane has also been created here. 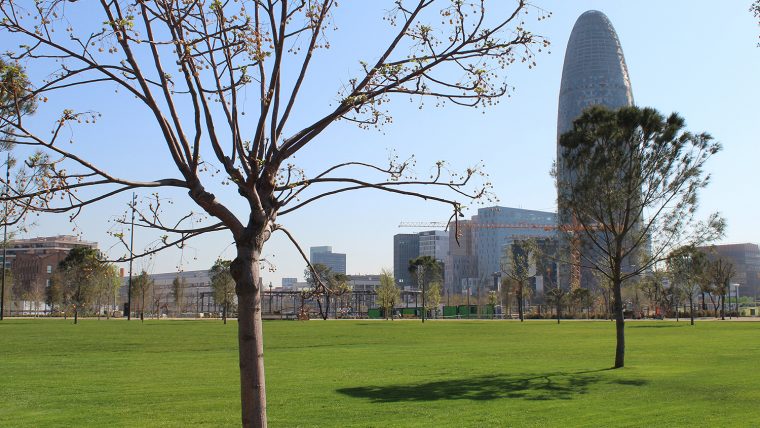 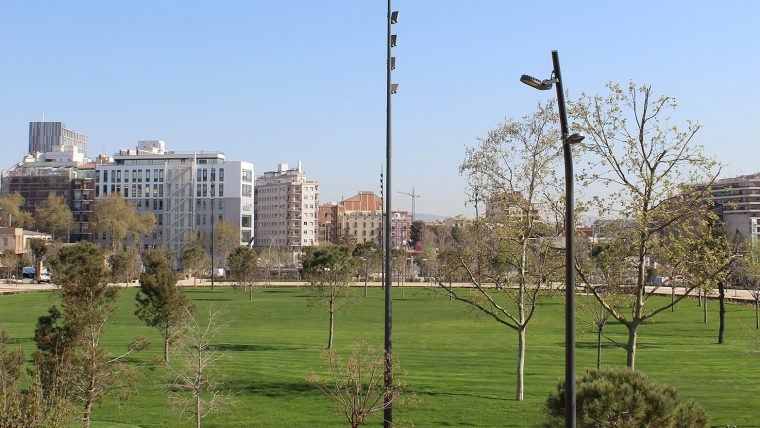