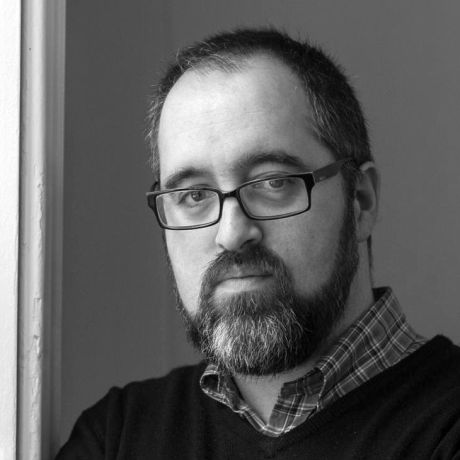 Víctor Fernández (Barcelona, 1975) is a journalist and writer. He is the head of Catalonia’s culture section for the newspaper La Razón.

Until only very recently, Antonio Machado had not been a poet sufficiently vindicated by Barcelona, despite it being his last major place of residence before he died in exile. It is as if being the symbol of a defeat were something we should hide. Nevertheless, the fact is that Barcelona meant a lot to the late Machado, who arrived here in April 1938 with some family members. Testimony to those days lie in his numerous contentious articles published during that time in La Vanguardia, material that is now retrieved in the book Antonio Machado a Barcelona (1938-39). Articles a La Vanguardia, edited by Barcelona City Council. These are the texts in the section under the heading “From the Viewpoint of War”.

When the author of Fields of Castile settled in the Catalan capital, he had already left a great deal by the wayside. On the one hand, the cultural life in Valencia, where he lived in a neighbouring town called Rocafort. There he demonstrated his solidarity with a Republic that was mortally wounded, but which still believed it could win the war. His baggage also harboured wounds from the war that did not heal, such as his separation from his beloved brother Manuel, who had stayed in the Burgos of the insurgents writing poetry in favour of Franco and José Antonio. The poet also left a clandestine affair behind in Madrid, which he had with a lady who he called Guiomar. The letters he brought with him from that lady, later identified as Pilar de Valderrama, are his way of remembering who inspired some of his last poems.

A few days before leaving Valencia, Machado had begun collaborating with the newspaper La Vanguardia. On 27 March 1938, the first of many articles he would write for that newspaper was published. Along with his text entitled “Outdated notes, in the style of Juan de Mairena”, the Barcelona newspaper added an editorial note to welcome such an illustrious writer: “Don Antonio Machado, the most glorious of contemporary Spanish poets, by means of this article begins his collaboration in La Vanguardia, for which it is deeply honoured. These lines would suffice for the ritual greeting; but, besides being a great writer, through Don Antonio our house is joined by one of the greatest examples of dignity that the Spanish tragedy has offered. Don Antonio, laden with years, laurels and ailments, has given up his right to rest, and keeps alive, youthful and heroic the liberal spirit that informed his life and work, and, outdoing himself, his pen maintains the gallantry and the poetic grace of his best hours. With Don Antonio Machado we get a writer and a man. Welcome both.”

Machado’s first text published by La Vanguardia was part of a protest speech on the occasion of the closing of the Second International Congress of Antifascist Writers.

Writing for the people

In fact, it was not Machado’s first text in the Barcelona newspaper. On 16 July 1937, the author of Solitudes had delivered a protest speech on the occasion of the closing of the Second International Congress of Antifascist Writers. In that speech, entitled “The Poet and His People”, he acknowledged that “writing for the people”, said one expert, “what more could I want! Eager to write for the people, I learned from him as much as I could, much less – of course – than he knows. To write for the people is, for the moment, to write for the man of our race, of our land, of our language, three things of endless content that we have never finished knowing about.” La Vanguardia published a number of excerpts from that speech.

Once settled in Barcelona, we have no trouble imagining the poet (despite his health problems) leaving his first home, the Hotel Majestic, to visit the newspaper’s offices on the street Carrer de Pelai to submit his texts, those in which he called on the people to continue fighting, sometimes accompanied by his alter ego, Juan de Mairena. He was the combative poet, who took to the streets, who saw death up close and still had the strength to applaud foreign volunteers or to protest against the passivity of leaders like Chamberlain.

Machado’s modest nature made him relinquish the Majestic’s luxuries to move in with his family in Torre Castanyer, in Sant Gervasi. There he would continue to use his pen as a weapon, writing for his people the texts that are part of this book. He did so until Yagüe’s troops began knocking on Barcelona’s doors in January 1939. From there, the poet went to Collioure to die in exile, like those he had supported in his articles.

Víctor Fernández (Barcelona, 1975) is a journalist and writer. He is the head of Catalonia’s culture section for the newspaper La Razón.