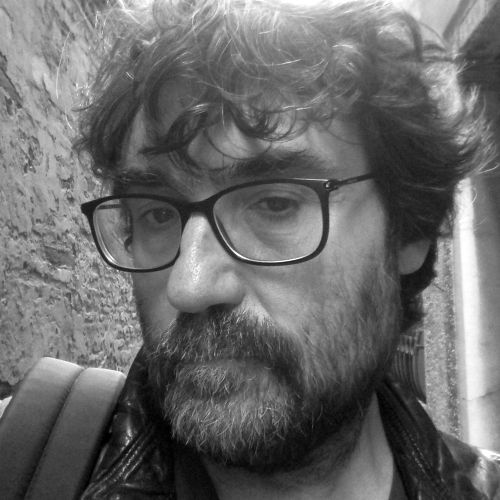 Simón is a realistic novel about Barcelona, with an adventure novel component and elements of moderate criticism. Simón begins like Pimpinela Escarlata (Scarlet Pimpernel) and ends like Fouché, in a pool of anti-heroism. We live in this tired History. And Miqui Otero has told it wonderfully.

The first thing I want to say, as a Catalan writer, is that Simón makes us a little envious. It is a realistic novel about Barcelona, with an adventure novel component and elements of moderate criticism. It is a novel that, on the one hand, ties in with Mendoza’s The City of Marvels, because it has no problem when it comes to dealing with the city’s milestones (the Olympic Games, the attack on La Rambla or the Catalan independence referendum of 1 October 2017) and, on the other hand, with Casavella’s novels. Miqui Otero quotes, in the final acknowledgements, Un enano español se suicida en Las Vegas [A Spanish Dwarf Commits Suicide in Las Vegas]. But Simón has an unquestionable air of El día del Watusi [The Day of Watusi] and even of El triunfo [The Triumph], novels by legendary writers who have passed on.

What I mean is that the realistic novel in Spanish in Barcelona has a solid basis that I, out of ignorance or naivety, relate to Baroja, who is one of Mendoza’s reference points and who appears in the initial epigraph of Simón: Zalacaín el aventurero [Zalacaín the adventurer]. So that the same source, every so many years, generates new novels, with different blends but with the same spirit. And that it concerns, besides that, ambitious novels that find their readers. Simón has been successful and has deservedly spun out Miqui Otero’s other novels. I would like something similar to happen to us, for example, with Narcís Oller.

This panoramic bit about Barcelona is not the most interesting part to me. It’s bloody awkward talking about the Olympics in a novel. The author that managed to was Núria Cadenes in Secundaris [Secondary], with the very appropriate strategy of not talking about them. As the main character was in jail, she wasn’t able to experience them. And also Picadura de Barcelona [Barcelona’s Sting] by Adrià Pujol, which captures the city’s atmosphere when the narrator arrives immediately after the Games. Otero employs two strategies: the one of not knowing a thing and the one of hearing the background noise but that does not interest him. But since the novel also has some comic jewels, Simón half invents that one of the girls, Estela, is taking part in the choreography and stumbles.

“If the novel did not allude to the Games, La Rambla attack or the 1-O referendum (1 October, Catalan independence referendum of 2017), it probably wouldn’t matter. Because Simón’s success are its settings and its characters.”

If the novel did not allude to the Games, La Rambla attack or the 1-O referendum [Catalan independence referendum of 2017, “1 October”], it probably wouldn’t matter. Because Simón’s success are its settings and its characters. Especially, the atmosphere in the Galician bar, with the taxi drivers and the customer who works in El Molino, and the boy who wears propaganda T-shirts and anoraks. It’s like you are there. And it does not seem strange to you that the character of Rico, after a destructive night, begins to peel potatoes with a thingamajig and that the leftover peeled potatoes turn black, just like his despair. The idea of characters that have the psychology of role-playing figures is very good. The novel presents some interesting translations between the world of adventure in the books that the protagonist reads and the contemporary world. Simón is a Barry Lyndon who, instead of enlisting in the army, goes to work in a Michelin-star restaurant. It wasn’t easy for him to turn out well and he is very funny, with Sid, the former punk singer who now runs the restaurant. Again, the roles! Simón is a great character: innocent, reserved, too smart, resigned, with the feeling that he has to take care of everything and everyone.

The novel has a mighty anti-climax, when the boy’s ascension is cut short. And a part that, in my opinion, is not needed: when the characters send emails to each other. I already understand that, in the game of references to novels at the Sant Antoni market that Simón reads, this part updates the epistolary novel of other eras. But even today I still can’t find a book in which emails have a literary rhythm and interest. There may be some and I am not familiar with them. The anti-climax concludes it well, but the novel gets a bit stuck and loses some lustre. A point comes when the author, the reader, and the characters know each other too well. Simón begins like Pimpinela Escarlata (Scarlet Pimpernel) and ends like Fouché, in a pool of anti-heroism. There are always brilliant ideas: when Estela says that the crisis is a contrast liquid that sheds light on the ills of the system. “When he was a teenager, Simón had always wondered why in his books History with a capital letter conspired over and over again to put itself at the feet of certain characters and turn them into heroes, if in his own, in his own story, History seemed tired.” We live in this tired History. And Miqui Otero has told it wonderfully.