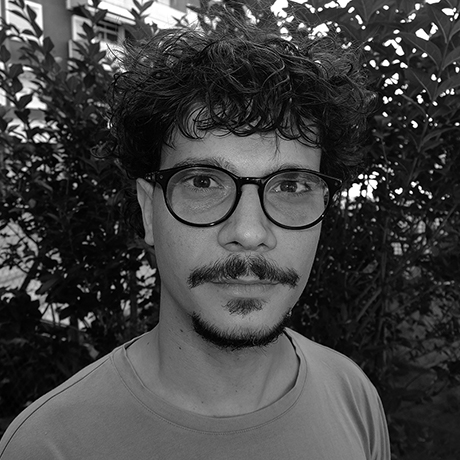 Barcelona’s ring roads and some of the major highways connecting with Catalonia’s northern regions come together at the interchange of La Trinitat. Arianna Giménez

There are an infinite number of borders in Barcelona. Social borders, that separate our ways of life and the possibilities they have to offer (the ‘Upper Diagonal’ concept, the Paral·lel and the Rambla boxing in the hardship of El Raval, the inequalities between the adjacent neighbourhoods of Besòs-Maresme and Diagonal Mar); natural borders (the sea, the hills, the two rivers); artificial borders (roads, roads, roads), and some that have always been there (Riera Blanca). Taking a look at the names and features of the outlying neighbourhoods confirms the general rule that on the periphery of the metropolis life is harder, with more ups and downs. Even so, the history of the city, the annexation of the old townships in the late 19th and early 20th centuries and the subsequent absorption of the Barcelona bourgeoisie's summer houses are also the origin of Barcelona’s wealthiest neighbourhoods, many of which are also on the border.

During the Middle Ages, Barcelona had its own criminal jurisdiction. To warn people entering the city how the courts worked on this side of Tibidabo, gallows were placed along the municipal roadsides, at crossings and junctions, wherever they would be easily visible for strangers. The last of these gallows, the farthest from the centre of power in the city, the most remote, was the fifth gallows. The Finestrelles gallows, the Trinitat gallows. Nowadays, as you emerge from the Trinitat Vella metro the first thing you hear is the muffled roar of car engines. The noise is constant, unwavering but for the harsh honk of horns. A murmur that expands through the space and time of a neighbourhood divided in two, La Trinitat.

The old part is corseted by the entrance to Barcelona from Meridiana (C-33), the end of the C-58 motorway, the Trinitat interchange and the first section of the Ronda de Dalt ring road. So much cement does not understand about human proportions. But La Trinitat also stretches to Barcelona’s northern river border – the Besòs – and has a considerable green lung taking up the interior of the Trinitat interchange, which means that as well as the noise of car engines you can also hear the birds singing. This is also where the Collserola range begins, at Torre Baró.

La Trinitat is a humble, working-class neighbourhood which is already over a hundred years old. A handful of farmhouses used to make up the inhabited nucleus, but since the 1920s this side of the Finestrelles hill began to be home to Aragonese, Valencian and Murcian immigrants who came to work on the extension of the Metro for the 1929 International Exposition and who built their homes themselves. A short walk from Parc de la Trinitat, up Carrer de la Madriguera, will reveal early 20th-century homes, some with a communal passage and courtyard. According to City Council figures, in 2016 Trinitat Vella’s gross disposable household income had an index of 48.9, taking 100 as the average for Barcelona’s neighbourhoods. That means that on the list of 73 neighbourhoods in order of household income, it comes 70th.

Having crossed Meridiana, you come to Trinitat Nova. This is the highest part of Barcelona, above Ronda de Dalt, and it seems to want to follow the Besòs upstream. Trinitat Nova is the city’s second poorest neighbourhood. There, Ada Colau got 39.6% of the vote in the last municipal elections, ahead of the PSC, who came second with 15%. Above La Trinitat we find Torre Baró, the third poorest neighbourhood, and even farther up, Ciutat Meridiana, ‘Eviction City’, the poorest of the 73 neighbourhoods, with a household income index of 34.3 against an average of 100. And on the banks of the Besòs, the Vallbona neighbourhood: 1,354 residents at the northern end of the city who in order to get out have to cross the tangle of freeways of the C-17, C-58 and C-33, about 20 lanes of traffic.

Carrer de Ribes begins life at far-off Carrer de Roger de Flor, in the neighbourhood of Dreta de l’Eixample, next to the Estació del Nord. It used to be a path connecting the city centre with El Vallès, Vic and the Pyrenees. Now, the first stretch with this name reaches as far as Plaça de les Glòries Catalanes. Beyond this, Carretera de Ribes changes its name to Carrer del Clot. After Carrer Felip II, it becomes Carrer Gran de la Sagrera. After Parc de la Pegaso, Carrer Gran de Sant Andreu. And beyond Passeig de Santa Coloma, it recovers its original name: Carretera de Ribes. All this urban course of the old road is what is now covered by the lanes of Avinguda Meridiana and, by extension, the C-33 and the C-17. At 7.1 kilometres, this is the city’s third longest street after Diagonal and Gran Via and, along with these, it makes up the basic street layout for entering and leaving the city. Other than that, it has been and still is a focus for social protests demanding it be covered over. Meridiana, then, is also the image of the model of city based on the use of predominantly private vehicles.

Anyone entering the city by car along Avinguda Meridiana will discover cement, two monstrous walls on either side of the road and city blocks, as well as an alarming absence of green spaces.

From the Sarajevo bridge – which connects Trinitat Vella and Trinitat Nova along Carrer d’Almassora –, you can dodge this urban freeway on foot. Just where it says ‘Welcome to Barcelona’. Stopping there to look for a while at the city and another while at Vallès is well worthwhile, a disturbing and chaotic experience. To one side, the hulking Lafarge cement factory. On the other, the Barcelona plain, pollution and, in the distance, the tower in Plaça de les Glòries Catalanes. For Cerdà, this was to be the new centre of the metropolis, at the meeting point of the three main streets: Meridiana, Diagonal and Gran Via. Historically, however, it has served to separate the city centre from the more impoverished industrial zone.

Ronda de Dalt divides two of the neighbourhoods on the city’s hills, acting as a virtual border, especially in those sections where it is not covered over. A journey lasting three quarters of an hour by bus crosses upland Barcelona from end to end and takes the passenger through contrasting realities. A quick review of the neighbourhoods the number 60 bus goes through takes in: Verdum (65th out of 73 in per capita income), Les Roquetes (59), La Guineueta (63), Canyelles (64), Horta (42), La Vall d’Hebron (32), La Teixonera (47), Sant Genís dels Agudells (33), Vallcarca i els Penitents (15), Sant Gervasi - la Bonanova (4), Vallvidrera, El Tibidabo i les Planes (11), Sarrià (5) and finally Pedralbes, which, with an average household income index of 242.4 (bearing in mind that the average for Barcelona is 100), is the city’s wealthiest neighbourhood. Barcelona en Comú was the party most voted in every neighbourhood in May 2015, except for Vallcarca, Sant Gervasi, Vallvidrera, Sarrià and Pedralbes, where CiU won.

Anyone entering the city by car along Meridiana will discover cement, two monstrous walls on either side of the road and city blocks, as well as an alarming absence of green spaces. If you come in from the other end, on the B-23, along Diagonal, as soon as you reach the city you can see Parc de Cervantes, Jardins de Pedralbes and, farther off, Turó Park. You’ll also see universities, the headquarters of multinational companies and banks, hotels, luxury housing developments and sidewalks with abundant vegetation.

The accounts by Xavier Theros tell us that there used to be streams that came down through the area of Can Caralleu, a neighbourhood set apart from the rest of the city, halfway between the mouth of the Vallvidrera tunnel and the monastery of Pedralbes. One of these streams flowed over the milky deposits of kaolin on Collserola, which is why it was called Riera Blanca (White Stream). Nowadays, Riera Blanca begins at the new Law Courts and ends at the Camp Nou, although it seems its origin goes back to greater heights.

Social life on this urban border took off in the 1920s, again with the arrival of Aragonese and Murcians, especially, in the Torrassa neighbourhood in L’Hospitalet, next to the old church of Santa Maria de Sants. According to Francesc Candel’s chronicles, during the Second Republic the Murcians who had populated the neighbourhood of La Torrassa, all of them out-and-out anarcho-syndicalists, put up a notice at Riera Blanca announcing to anyone who wanted to enter from the Sants neighbourhood next door that ‘Catalonia ends here. Here Murcia begins’. In 1966, Josep Maria Huertas Claveria wrote: ‘On one side of Riera Blanca, Barcelona; on the other, L’Hospitalet. Even so, you can’t quite see why they’re not both Barcelona now, because there’s nothing in particular to distinguish them, except that the names of the streets change, which just helps to confuse strangers’. Nowadays, all that shows there is a border at Riera Blanca is the fact that on one side the rubbish containers are marked ‘LH ben net’ (‘L’Hospitalet nice and clean’) and on the other ‘Ajuntament de Barcelona’ (‘Barcelona City Council’).

The latest migrations arriving from Latin America and the Maghreb have diluted the cultural differences on either side of the border even more. Whereas before you definitely heard more Catalan as you headed into Barcelona, today Caribbean accents can be heard uniformly on either side of Riera Blanca.

In the Camp Nou area, where Riera Blanca changes its name for that of Carrer d’Arístides Maillol, tourists, souvenir shops and Barça T-shirts abound. When you get to Collblanc and the old Cinemes Continental (now just a bingo), tourist activity gradually falls off until it practically disappears a few metres on, in the area where many years ago shanties populated by Gypsies stood. Now only one remains, at number 22.

Anyone wanting to cross the Riera Blanca border with merchandise had to pay a tax at the old burots, a kind of customs post set up at little checkpoints attended by officials dressed in blue and wearing peaked caps.

Riera Blanca is a street that zig-zags, and one can easily imagine what the place was centuries ago. On the Barcelona side, a plain. On the L’Hospitalet side, the climb to Samontà. This hill stands at the end of the Collserola range, which meant that it received bountiful amounts of water when it rained. In the years after the Spanish Civil War, Riera Blanca became a ‘muddy torrent in which all sorts of filth floated and which apart from interrupting the traffic in some stretches also caused human casualties’, as Huertas-Claveria explains, remembering how the children used to have a great time playing with all the rubbish and junk that accumulated in the stream bed.

Until the 1960s, coming into Barcelona to eat, drink or even to bring a body for burial in one of the municipal cemeteries cost money. Anyone wanting to cross the Riera Blanca border with merchandise had to pay a tax at the old burots, a kind of customs post set up at little checkpoints attended by officials dressed in blue and wearing peaked caps. In the 40s, coming into Barcelona with a chicken cost 50 cents, which is why the black market was the order of the day. Another option, in view of the proximity between the houses on either side of the street, was to pass the goods from one window to another. At Riera Blanca there were two burots. One on the corner of the street known as Carrer del Mas, on the L’Hospitalet side, and Carrer Bassegoda, in Barcelona territory, right where a designer patisserie stands today. The second burot was at the crossroads with Carrer de la Constitució, very close to the new Law Courts, on the site now occupied by another pastry shop, but in this case a 365 franchise (it used to be a Bracafé).