Between political exclusion and populist mobilisation 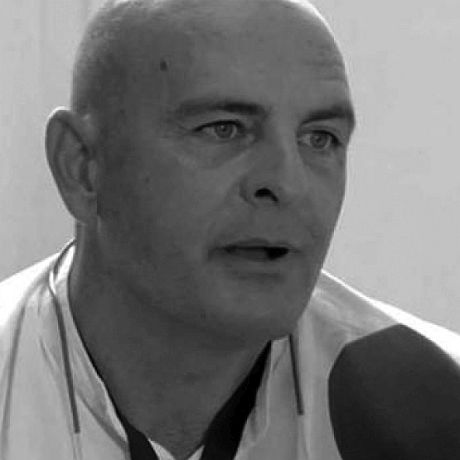 Professor of Political Science at the University of Girona (UdG). Researcher in democratic innovation and the modernisation of public policies in the Applied Social Sciences Research Group at the UdG.

In the post-crisis years, the obscene concentration of wealth has given rise to increasingly serious cases of exclusion and social vulnerability. This situation largely affects political participation, which is especially low among those who are socially weaker. Through careful populist discourse ruled by frustration and resentment, vulnerability can be turned into a social force that leads us to a politics of contempt.

“We live in an era of wealth and overabundance, but how bleak it is”. These words from Rutger Bregman’s book, Utopia for Realists, feature at the beginning of a text that encourages us to imagine a better future, but also to acknowledge a present where the growth of obscenely concentrated wealth coincides with increasingly widespread situations of exclusion and social vulnerability. Situations that are defined in a multi-faceted manner, since they are fuelled by multiple combinations of gaps in education, employment, health, relationships, housing, administration and families. As well as politics, because exclusion and social vulnerability are also palpable in the realm of political participation and advocacy.

As we shall see in this article, it is precisely the relationship between vulnerability and political participation we wish to reflect on. We will begin by presenting a number of figures related to social exclusion in a prosperous city like Barcelona, and we will go on to point out, also backed by statistics, how social inequalities affect political participation. This is not a situation unique to Barcelona. Nor is it a surprising fact. That political participation is especially low among those who are socially weaker is a phenomenon that has been extensively studied and verified. However, we will add an additional reflection to this finding, taking an interest in how vulnerability – and not just poverty and exclusion – is manifested in fears that, in turn, determine the political behaviour of those suffering from them. A reflection brimming with references to the case of Barcelona and that we will present in a more general manner.

Rise in inequality and social polarisation

So, first of all, based on the figures provided by Barcelona City Council (2018), the city has witnessed a rise, with some fluctuations, in the situation of inequality and social polarisation since the financial crisis of 2008. The Gini index, one of the most commonly used measures to gauge social inequality, stood at 0.346 in Barcelona in 2011. This coefficient should be read between 0, which would represent perfect equality, and 1, which would express maximal inequality. Use of the AROPE (At Risk of Poverty and Social Exclusion) indicator has also become common at EU level. In 2011, at the worst time of the crisis, it affected 27.7% of Barcelona residents. By 2016 it had dropped to 16.9%, but it still represented and represents a significant share of citizens. Finally, the S80/20 ratio for 2011 stood at 6.1, meaning that the income of the wealthiest 20% in Barcelona was 6.1 times higher than the income of the 20% least wealthy.

These figures reveal a city marked by dynamics of polarisation and social inequality, which, in addition, have a significant territorial scope. According to calculations from the Department of Research and Knowledge in the Social Rights Unit at Barcelona City Council, the difference in the value of the Synthetic Index of Social Development and Vulnerability (ISDVS) between Barcelona’s most affluent and poorest neighbourhood exceeds 400 points, and 802 is the average value for the whole city of Barcelona. These differences are calculated taking aspects such as life expectancy, level of education and disposable household income[1] into account. In each of these domains, there are huge disparities between the neighbourhoods of La Marina del Prat Vermell and Tres Torres: a difference of over ten years in terms of life expectancy, access to university studies ranging from 4.2% in La Marina del Prat Vermell to 51.7% in Tres Torres, and a disposable household income that is virtually 6.5 times higher in the richer neighbourhood.

The poor vote less than the rich, and hence believe their capacity for political advocacy is limited.

Secondly, the figures also show how social imbalances turn into disparities in political participation. It is widely known that the poor vote less than the rich and hence believe their capacity for political advocacy is limited. The evidence supporting these statements is well known, so we limit ourselves to its examination in the case of the city of Barcelona. Thus, for instance, the highest rates of abstention in municipal elections are found in socioeconomically disadvantaged neighbourhoods such as Ciutat Vella (47.1%) and Nou Barris (42.2%), while the lowest percentages appear in well-off districts such as Les Corts (27.7%) and Sarrià-Sant Gervasi (27.5%). The differences are not marginal, but are in the region of 20 per cent. This lower turnout occurs in other types of elections and is widely known not only by academics, but also by politicians and their election advisors. The impact on the political agenda therefore seems simple to predict: a bias in political behaviour that will not help prioritise the problems of those in situations of exclusion and social vulnerability.

Socio-economic weakness also results in less readiness and/or capacity to exercise other forms of political participation. It is more difficult to find robust figures on this subject, but all those committed to fostering participation processes (both in person and virtually) are aware of the biases generated by them with regard to participants’ profile. Specifically, the difficulty to incorporate people with more socio-economic difficulties is notorious. Less willingness to participate is explained by both lack of education and, above all, by focusing concerns on more immediate and urgent livelihood issues. Poverty not only explains certain objective deficiencies but also influences our way of life and behaviour (Mullainathan & Shafir, 2013). Roger Senserrich, in a post on the Jot Down blog, with the provocative title “Ser pobre es una mierda” [Being poor is shit], expresses it in plain and harsh terms:

“Someone in poverty tends to live for the immediate present, on account of the problem facing them right now. They don’t not make plans easily because their brain doesn’t let them think about anything else. (...) To get an idea, it’s the equivalent of having to make decisions after a sleepless night.”

Without the capacity to make plans, to think or to make decisions with a minimum amount of peace of mind, what kind of political participation can we expect? Exclusion and vulnerability not only skew people’s objective situations, but unfortunately also their ability to express, share and put them on the public agenda and, ultimately, to search for collective responses that the fight against poverty demands. Alone, they experience difficulties that are only understood in a wider context, such that their fragility is heightened in a clearly asymmetrical struggle; a struggle that is incapable of being politicised and becoming collective.

Ismael Blanco and Oriol Nel·lo (2018) reach similar conclusions when analysing the grassroots responses that neighbourhood communities managed to provide to tackle the 2008 crisis. By overlaying a map where social innovation initiatives were georeferenced with another map in which the level of wealth of each geographical unit is measured, we can see how community responses do not appear in the wealthiest areas (which do not need them) or in the most disadvantaged areas (where capacities are lacking). Again, those who would need them the most do not have the capacity to coordinate community responses, to turn their individual and immediate problem into a public issue that must be addressed through public policies. 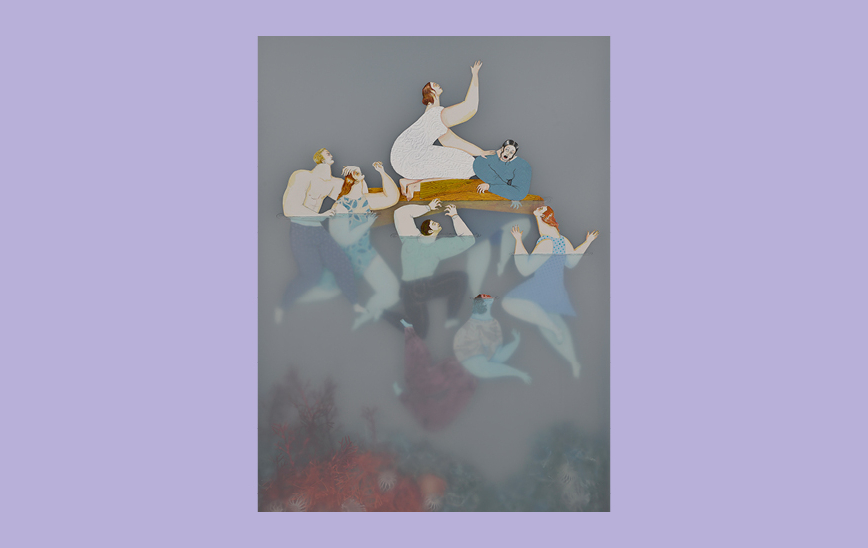 Fear and the emergence of populism

Lastly, we also wish to allude to a lesser-known phenomenon: the burgeoning of new forms of social vulnerability that spread to include virtually all of us and that have become a source of uncertainty about the here and now and dread of the future. Fear has come into play and its political ramifications can be very disturbing. Fear has been a defining feature of what José Maria Lassalle has called a new “emotional proletariat”; that broad swath of society today who feel fragile and deceived by promises of welfare that have vanished. Vulnerable and outraged people who are politically mobilised to express their malaise and do so from a dangerous mix of victimhood and resentment (Mishra, 2017). An angry mob that, now, unlike what happened to those in situations of exclusion, is able to use their political influence to bring down a system that has disappointed them. A group that is politically mobilised and goes to the polls with a spirit of revenge, resolved to tear the system apart, to teach the powerful a lesson and to spread their deep sense of malaise. Their votes, wielded as a political weapon, fuel populism in the 21st century:

“Populism appeals to the people not as a subject, but as a victim. It is the custodian of a right to get even, which is claimed by those humiliated and offended by a class system that has made democracy an illusion of itself.” (Lassalle, 2017: 14)

The vulnerable have thus become the political ammunition of postmodern populism. A populism that turns its collective indignation into contempt for liberal democratic institutions and, above all, for the traditional ruling elites. Social polarisation no longer acts as a suppressor, but as a political edifier. Something new that is being translated into the emergence of a new politics that exploits emotions, takes advantage of weaknesses and uses the vulnerable as an electoral weapon. On the other side of social fragility, strong leadership appears, and hence the fears of the vulnerable find simple and magical answers in new populisms.

Vulnerability has become consciousness and has channelled political mobilisation, an organised mobilisation counter to blame and culprits, articulated through populist slogans and, above all, fuelled by fear and intolerance. If we already knew how social exclusion was translated into the absence and political incapacity of the weakest, we are now also aware that vulnerability can be turned into a political force that, ruled by frustration and resentment, leads us to a politics of contempt. Populist temptations adapting to the characteristics of a worrying start to the millennium.

Professor of Political Science at the University of Girona (UdG). Researcher in democratic innovation and the modernisation of public policies in the Applied Social Sciences Research Group at the UdG.