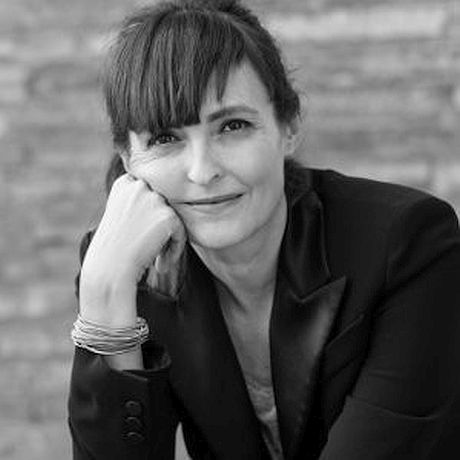 Bruno runs off and I panic. I run out to look for him. It’s Friday, the weekend of the festival of Sant Joan. I find myself swallowed up by a massive traffic jam and a collective unbridled joy.  4x4s, vans, motorbikes, Renault Twizys all overexcited to get on the move, to pick up, to pack.  To clear off who knows where.  Girls with pleated skirts and knee-high socks laden with heavy ring-binders.  Little lads swapping the latest pokemons with their school friends.  Young, pretty, happy mothers. Dads spilling over with energy. I am a character that is out of place, pushing against the current, frustrated that I can’t shout ‘Bruno, Bruno, come’. I swerve around the cars parked by the Creu de Pedralbes and run into the Plaça del Monestir. A couple of tourists taking photos and more kids with red rucksacks jumping up and down the steps with wild enthusiasm. I hear the bells ringing and twist my ankle on the flagstones.  I get to Parc de l’Oreneta and here I do yell and cry and no-one sees me. I curse the disobedience of my dog.  The faulty gene that makes my Labrador so unlike a Labrador.  I reach the gazebo that in times past sheltered well-to-do lovers from upper-class families, now abandoned and graffitied, where Bruno likes to stop, sniff around persistently until he licks something I don’t want to know about, and round off his pleasure by cocking his leg.

I leave the park. I think about what Bruno will do if he happens across a female boar ready to defend its young, one of the those mothers that has been coming down with her whole family for years, crossing Passeig de la Bonanova looking for dinner in the rubbish containers.

I see the Ronda jammed in both directions and feel relief that I will not be leaving, not today, nor tomorrow, nor the next day.  That in this place, I am a rarity who doesn’t leave the neighbourhood when there’s long holiday weekend.  I cross the bridge engulfed in that permeating, endless noise that envelops every house in the area.  I walk past the petrol station, the carwash, the recycling station and the garden centre, devoid of customers.  The thought of Bruno crossing the street fills me with anxiety.  I remember the tag that he never tried to pull off, with my mobile number engraved on it.  I think of his docile nature, his big sloppy licks on my face when I feel like I’m disloyal to him.   Like when I clean his infected ear, scratch a weeping wound, or we get him vaccinated.  When my children were born and he knew he was losing his place.

I start to cry again. I think I’d better go home and make a poster and paper the whole neighbourhood with it.  That’s what I do. Bruno’s majestic head looking out and LOST DOG in Interestate Black Condensed cos 135. I stick the poster up around the university and on I don’t know how many lampposts.  I walk under the stirring pine trees of the Jardins de William Shakespeare. I go along the artificial stream where no swimming is allowed and to where Bruno the Disobedient insists on dragging us time and time again. I get to the Güell stables and under the impassive eyes of a Japanese couple, I stick the A4 sheet onto the copper-coloured bricks.  Bruno’s black eyes next to the forked tongue of Gaudí’s dragon. And it’s only then that I wonder if what I’m doing is illegal.  Sticking up posters of someone you love and that you’ve lost.  I suddenly feel utterly dejected. I return home, dragging my feet. I see a nun in a brown habit and think about a cloistered life.  I’m passed by a group of men with success etched on their faces, in full happy hour mode.  I wish they’d all go away.  That this damned Operation Escape would end. That the neighbourhood would be emptied of those who live and who don’t live in Pedralbes. My mobile rings.

Bruno is OK. On Carretera de les Aigües. With two girls who ask me if they can keep him with them on their run.  I say yes and thank them.

I enjoy every second of the long Sant Joan weekend. The emptiness after the hysteria. The state of gentle abandonment that my neighbourhood is in.   With Bruno home.