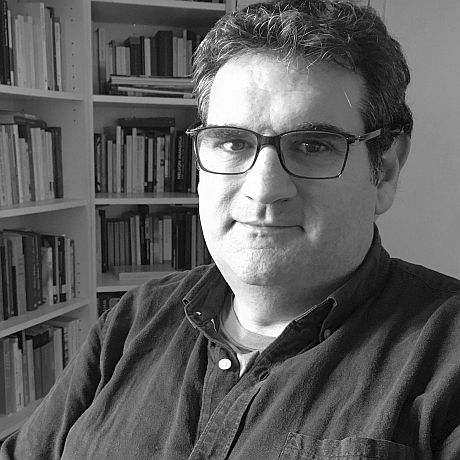 Barcelona’s geometric structure marks out the scenarios of its literature, occasionally facing a suffocating and distressing interior, and in other instances facing margins that are change and redemption. And, invariably, challenging the laws of topography.

Barcelona’s ambiguity begins with the maps. The aesthetic is lost on us. In the late 19th century, the unifying grid of the Eixample neighbourhood permanently ruled an order that rewrote the laws of topography to place the sea at the bottom, the mountain at the top and the rivers on the sides. Us Barcelona locals often go from west to east, and vice versa, but the maps lead us to believe that when we are looking for the sea we descend from north to south. To deceive the brain’s compass, we say the Besòs side or Llobregat side, the sea or mountain side.

The literature that has portrayed Barcelona is often a vertical path, hence between a north and a south that are misleading, but which have taken on this symbolic role. In Vida privada [Private Life] (1932) by Josep M. de Sagarra, the Lloberola family must leave the mansion on Carrer de Sant Pere Més Baix with the mark of the aristocracy without imagination that “progressively collapses” and they head for Carrer de Mallorca, towards Bailèn: examples of this bourgeois Eixample, “virtually anonymous within the uniform geometry of Barcelona’s small apartments”. However, when Frederic is in pursuit of nights of fun, he always returns to the “Xino” neighbourhood [currently known as the Raval], to the cabarets like La Criolla or Lion d’Or, where Sagarra rejoices in describing the spicy life.

Years later, in 1969, Blai Bonet narrates this physical and social decline in Míster Evasió [Mister Evasion], through students from La Salle who, one Sunday, take a bus in the Bonanova neighbourhood and descend to Somorrostro. The narrator describes the “huts built in one night, with a low entrance, covered with a sack curtain”, seated in “a quagmire, with puddles of coloured water, pretty and all from dogs, cats and riffraff peeing in it”. They are paths that come and go, and in La cremallera [The Zip Fastener] (2016), a poem by Martí Sales, the route travels upwards, from La Rambla to the Muntanya Pelada hill in the neighbourhood of El Carmel, in a flooded Barcelona: “The city / embraces the sea and the waves / dance there: algae are waiting / at every corner or bar, / Barcelonans like the martyr / of Santa Eulàlia and the Cova / Fumada, made-up Gothic, / [...] die living in the link corridor / at the Passeig de Gràcia station, / never having gone into the Sagrada / Família”.

Generally speaking, after the war this spurious map began to be shared by narrators in Catalan and in Spanish. Spanish migration skewed the axis and some novelists looking for their “Xino” neighbourhood, also opened up to the outskirts, to both sides of the growing city, and what led them there must be determined: the language, the unspoiled space, epic poetry, the need to become rooted through literature... And to the present day. In spite of this, Juli Vallmitjana already wrote in Catalan about the gypsies and the outcasts in La Xava (1908) [Xava is Catalan slang that is highly stigmatised, as it is perceived to be heavily Castilianised and working-class] and Sota Montjuïc [Below Montjuïc] (1910). One century later, Julià de Jòdar explores a cosmogony of the Besòs in the trilogy L’atzar i les ombres [Fate and the Shadows].

Very explicitly, there’s a time when these two literatures merge tightly together in the same space. In Últimas tardes con Teresa [Last Afternoons with Teresa] (1966), Juan Marsé writes about Pijoaparte: “He has just left his house, which is part of a hive of huts positioned during the last uprising, on a platform hanging over the city: from the road, as you get closer, [you get] the feeling of walking towards the abyss”. That same year in 1966, Mercè Rodoreda published El carrer de les Camèlies [Camellia Street]: a few years after the war, more or less when Pijoaparte had to move in with his brother in El Carmel, Cecília went to live with Eusebi. “The hut had only two brick walls; the others were made of cans, old pieces of wood and bits of bags hidden in the cracks”, he explains. To her, the abyss was alluring.

It often gives the impression that these margins of Barcelona are points of escape to break free from a suffocating and simultaneously tedious world, in Catalan and Spanish. It seems that the narrators avoid bourgeois life. They tiptoe through the Eixample, from the Dreta [right side] or from the Esquerra [left side], as if the grid forced them to write too straight and, nevertheless, it should be no coincidence that it was an ideal observation tower for Miquel Bauçà: El canvi [The Change] (1998) bears the subtitle “Desde el Eixample” [From the Eixample], and in the introduction on “L'abundor” [Abundance] he writes: “Until I settled down in the Eixample, I hadn’t known what true abundance, plenitude, lucidity and calm were, which are one and the same thing, but different to non-necessity.”

There is a common cliché that asserts that the novel in Catalan prefers rural life and is averse to the metropolis, but we should once again weigh up which literary perspectives and which cultural connections with European capitals were obliterated by the war. The stories of Víctor Català have recently been republished, and in the preface to Caires vius [Sharp Edges] (1907) – a flurry of rauxa [sudden determination or action] and verbal wit, which holds nothing back – the author advocated the coexistence of ruralism and “citizenship ... the voice of the powerful and multi-faceted spirit of the city.” They are hints that, in a way that is not at all innocent, already foreshadow the misconception of the Noucentisme movement and everything in between.