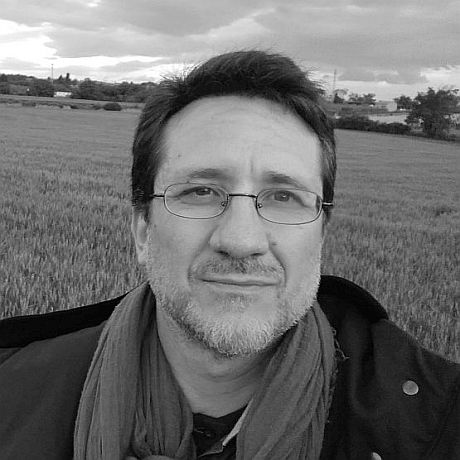 La ciutat interrompuda made its appearance in 2001 with this summary: “From the tortured city of the 1970s to the fun city of postmodernity, to the tourist city. A chronicle of the transformation of Barcelona through literature”. In this edition, the volume incorporates a second, new book: El gran novel·loide sobre Barcelona [The Great Noveloid About Barcelona], which summarises many literary trends of the first two decades of the 21st century.

In 2011, Barcelona City Council asked a Canadian theater director to remove one of the performers from the piece that was to be premiered at the Grec arts festival (the world première), for non-artistic reasons. The theatre director refused and withdrew the work. Barcelona, which in 2003 projected a progessive image to the world with the protest against the Iraq war, then denied a former convict’s right to reintegration into society. And censored a play.

The response, from Barcelona’s cultural “managers” and “activists”, was enthusiastic approval or silence. In another European city, the head of a theatre said: “Who are we to censure an artistic project? [...] We announced that he will be performing. And the audience, if they do not want to see him, do not have to come. It’s very simple.” But not in Barcelona. (And 15-M struck. And hundreds of thousands of protesters called for independence. And so on.)

On Barcelona, there is no book comparable to La ciutat interrompuda [The Disrupted City] (2001). Neither in terms of quality or ambition: nor the generous profusion of information assessed. Guillamon (1962) is an extraordinary narrator, a skilled critic, a fine chronicler, and often, like here, a tenacious cultural researcher, brimming with curiosity and preferences.

La ciutat interrompuda made its appearance in 2001 with a cover by Enric Jardí: a map of the Eixample, with metro stops called Bikini or Zeleste [names of concert venues in Barcelona], or the Makoki [name of a Spanish underground comix published from 1982 to 1993] car park. And with a summary: “From the tortured city of the 1970s to the fun city of postmodernity, to the tourist city. A chronicle of the transformation of Barcelona through literature”. In particular, the one that made reference to a counter-image of the city. In addition, it featured music, cinema, television, comics, design and architecture. And everything was articulated with ideas from the best international essayists of the last third of the 20th century.

It is a very thorough book. Very worthwhile. With two theses: the existence of discord between the city of power and the city of writers (who preferred a rough, conflictive Barcelona endowed with memory), and the cultural infertility of doctrinal collectivist positions (nationalists and Marxists) and mass individualism.

In this edition, the volume incorporates a second, new book: El gran novel·loide sobre Barcelona [The Great Noveloid About Barcelona], which summarises many literary trends of the first two decades of the 21st century. It runs through narrative themes and pretexts, and ties them together to compose a “landscape”. As a method, more than an analysis of non-hermeneutic content, it offers better understanding, but it touches on a certain schematism, and usually highlights what may be explicit rather than what is latent, and disregards the artistic quality of the works in favor of its socio-cultural landscape. And this is the case, and let’s celebrate it, because these two books originate from a political strength: humanistic and libertarian values.

Guillamon notes a critical resistance in the literature about Barcelona. And a helplessness. Because this literary resistance is limited to documenting inadequate actions.

Guillamon notes helplessness. Because literary resistance documents inadequate actions. Or wounds licked: from candour, or from cynicism. He quotes Marina Garcés’ words: “I don’t know the extent to which we have really fought. I don’t even know the extent to which we have completely lost. Yes, I know that the ideas and ways of life in which I believe do not triumph, but they are not vanquished either.” In his own voice, however, Guillamon concludes: “Writers feel foreign in Barcelona”.

There has been a struggle for “ideas” and “ways of life”, and some writers have played a part by writing. And Guillamon has categorised them under courage.

The pending question could be this: Will “activists” and “managers” who advocate these liberating “ideas” and “ways of life” validate the dialogue of critical literature and defend radical freedom, or will they keep it subsidiary, themed and censored? In a nutshell: will Barcelona continue to be helpless, in the literary sense?