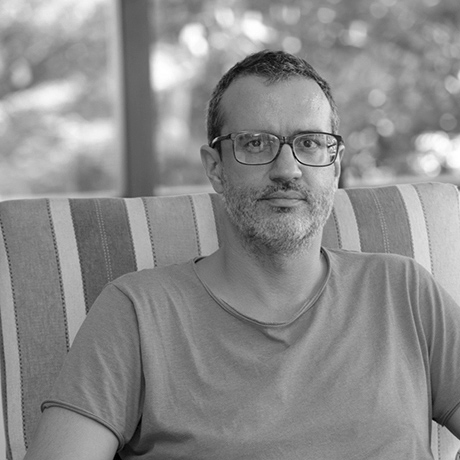 Pere Antoni Pons is a philologist, writer and journalist.

Marta Rojals has taken on the challenge in the American style, using the raw materials of our own local reality. It’s what we might call the “great Catalan novel”. The novel is organized like a collage, with the pieces put together with no regard for chronological order. This structure reinforces the idea that getting older involves being broken down, and that life consists of building what you want and rebuilding what you’ve lost.

The concept of “the great American novel” is somewhat hard to define. It describes an impossible goal: there can’t really be a single great work of anything or on anything in any creative discipline. Nevertheless, when a Yankee author claims to have tried their hand at writing the “Great American novel”, we immediately get an idea of what that means in terms of literary ambition, all-around exertion, scope (number of pages and characters, duration of the period addressed, etc.) and eagerness to take the pulse of the society, politics, culture and morality of a country —the US— during a certain period.

Although here we rarely speak in such grandiloquent terms without being ironic, I’d dare to say that in her third novel, El cel no és per a tothom (Heaven Isn’t for Everyone) Marta Rojals (la Palma d’Ebre, 1975) has taken on the challenge in the American style, using the raw materials of our own local reality. It’s what we might call the “great Catalan novel”.

To write it, Rojals selected a family —parents, two sisters and a brother— and rebuilt their web of affection, dislikes, loyalty, conflicts, reluctance, lies, secrets, betrayals, jealousy, hate, sacrifice and forgiveness; she narrated their evolution and their comings and goings, both as individuals and as a group. She did it all on the shifting set of a country —Catalonia, Spain— over the course of 40 years, from the ‘60s to 2007. The result is a 600-page novel (doubling the length of the author’s first two works), ambitious in the bravest and most laborious sense of the word.

Readers familiar with Rojals’ prose will recognize two of her signature strokes: a powerful legend and a special skill at portraying the reality of a specific historical period.

The novel is organized like a collage, with the pieces put together with no regard for chronological order. This structure reinforces one of the implicit but reoccurring motifs of the story: the idea that getting older involves being broken down, and that life consists of building what you want and rebuilding what you’ve lost. Everything rotates around a single axis: the tempestuously fratricidal relationship between Eva and Sara. These two (twin) sisters are set apart by their character and their lifestyle. While Eva, who has two children and a complicated but constant relationship with two childhood lovers —the Ferragut twins— has never separated from her family or home town, Sara is a rootless nomad who works first as a hostess, eventually achieving her dream of becoming a pilot; she has two permanent lovers and an unstable life.

Nevertheless, the sisters are also quite similar. Above all, they’re united by the reality of being women at a point in history when femininity —a woman’s awareness of being a woman, the social role of women— is shifting at full speed. Never allowing them to become defenceless or passive victims, Rojals forces her two protagonists to face all manner of obstacles and violence of a, let’s say, masculine nature. One merit of the author is, precisely, having composed the two sisters through the singularity of their indomitable humanity while also making them somewhat representative.

Here, readers familiar with Rojals’ prose will recognize two of her signature strokes: a powerful legend and a special skill at portraying the reality of a specific historical period. Narrated in a free, indirect style focusing above all on the two sisters and their brother, Rojals’ linguistic work is meticulous, careful and fully intentional. Her use of idioms, loanwords from Spanish and colloquial turns of phrase in general help her to present and define her characters. The coarseness of Sara’s Catalan, for example, is an offensive symbol (at least in the eyes of her siblings) of the degree to which she’s disconnected from her family and her country.

Rojals isn’t trying to chronicle reality; she’s simply an author who hates having characters evolve in a historical vacuum. Her book contains references to all sorts of events —the moon landing, the death of Franco, the heroin epidemic, the 1982 World Cup, the Olympic Games, AIDS, the first signs of the recession…— sometimes they’re substantial props, and sometimes they’re just temporal handholds.

Well written, with dialogues that ring with a lively authenticity, courageously imagined and audaciously composed, El cel no és per a tothom suffers nonetheless from a totalizing excess. The suggestive, parsimonious detail with which everything is described —there are temporal leaps, but few ellipses— can asphyxiate the expressive force of some scenes, and sometimes it blurs the powerful precision with which we’re shown the impulses and emotions of the characters.

If ambition is a question of objectives, diligence, complexity and dimensions, there’s no doubt that El cel no és per a tothom is Marta Rojals’ most notable novel. Nevertheless, to the author of this review, her best novel continues to be Primavera, estiu, etcetera (Spring, Summer, etc).

Pere Antoni Pons is a philologist, writer and journalist.