Rosalía in the Plaça del Dubte 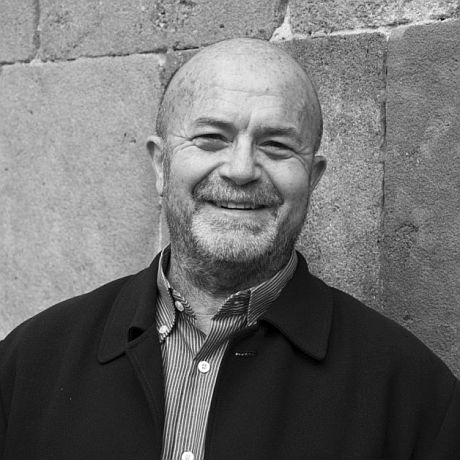 Lluís Cabrera Sánchez is president of the Taller de Músics foundation, which he also founded in 1979.

Rosalía studied in the classrooms in the Taller de Músics, as well as on the patio, and in the street, with artists, teachers and students. She was always sure about what she wanted to do there: look and listen.

Rosalía’s second album, El mal querer, was released in November 2018. A whirlwind of great power, it has had a global impact. For this project, Rosalía has chosen some top-notch collaborators, like C. Tangana and El Guincho, not to mention other young people who worked on the album’s audiovisual production, photographs and selection of art objects like Tomás Peña and Tama Rindo.

Previously, in late May, a song with a premonitory title, “Malamente”, began the international rise to fame of Rosalía, who had already shone with her first album, Los ángeles [The angels], which she recorded with Raúl Fernández, better known as Raúl Refree.

Rosalía must have an angel of her own¾one with a few values: musical talent, tenacity, intuition, intention, restlessness and a great eagerness to learn. That means hours and hours of dedication listening, studying and preparing with artistic reeds from different river banks.

I remember Rosalía entering and leaving the classrooms of the Taller de Músics in the Raval district. The special and intricate growth of the school since 1979, which occupied various locations in the untidy area framed by the streets Carrer de Requesens, Carrer del Príncep de Viana and Carrer de la Cendra, resulted in a situation that pushed the schoolyard into the street. During the time that Rosalía studied there, she studied her art on campus, but she also learned by asking questions and chatting in the courtyard with artists, teachers and students. Her participatory attitude pushed her to get involved in other activities alongside the course subjects of her syllabus, such as seminars, workshops, conferences, debates and presentations. At those events she also asked questions, and sometimes very incisive ones.

I do not know why Rosalía and her parents decided that a 16-year-old could set out to establish and grow her musical career by enrolling in Taller de Músics. The school’s background, focused on the spread and promotion of popular music, may justify their decision. It may be found in the name of the school itself, since a taller [workshop] defines the particular aspects that have prevailed since it was founded: practicing music in groups (combos), flexibility, mixing musical genres, being aware that we first learn to speak and then to write and creating platforms, series and festivals so that young students may supplement their musical training by performing before audiences. At that time, Rosalía would stand out for her performances in the JazzSí Club; in the Teatre Grec as a flamenco singer in a show inspired by Carmen Amaya, with choreography by María Rovira and music by Chicuelo; in the Palau de la Música as one of the stars of Flamenkid, a project designed by Gemma Canadell that tells the story of flamenco so accurately that it is understood by adults, young people and children; and in her performance in the homage to Maruja Garrido as part of Ciutat Flamenco, held in Mercat de les Flors. Through all these fluctuations, Rosalía, despite her youth, was especially successful.

Perhaps Rosalía grasped that if the Taller was established over time and its educational approach was solid, it was because it is still considered an embryonic space that is projected naturally and with effort and because it continues working to welcome artists who aspire to be professionals and others who choose music as that heartbeat that balances the impetus of life. Well, if the Taller de Músics is a reality today, there may be a reason for it: from the start, its promoters knew to reject the pulpit that is so often used to pontificate.

The Taller de Músics is a reality today because, from the start, its promoters knew to reject the pulpit that is so often used to pontificate. 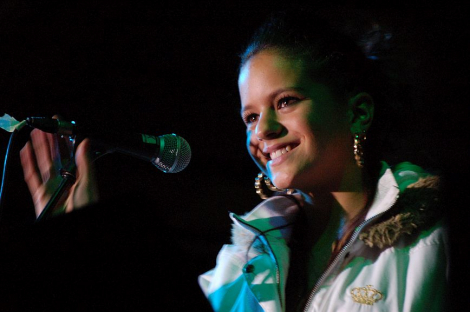 Rosalía gradually generated her artistic ideas by working on the ground with simplicity and no haughty posturing. In Rosalía’s musical training, what happened inside the classroom was just as important as what happened outside, in the street to which I referred earlier. She knew how to look and listen, as demonstrated by her continuous questioning about everything linked to the Taller. I admire Rosalía because she has known how to learn from perspectives, outside perspectives, ones that appear from the corners, the corners of street intersections. Sometimes it is hard to see such things on an academic campus and it can be difficult to find answers. And it is difficult to convey the importance of listening to others, because listening to oneself can imply arrogance, and this leads to failure. The Taller de Músics has also learned something in its dealings with Rosalía. Because, as Enrique Morente said: “There are no teachers, only students.” And, as a student, Rosalía was exemplary because her innate restlessness constantly put us in check. We had to respond to her questions, her doubts, her musings and her immense desire to soak up all those connections that exist in music. In the words of Chicuelo, “at the Taller, you learn music in a different way.”

Did Rosalía intuitively understand that the Taller could offer her knowledge without limiting her imagination? If we have been able to measure up to this level, I would be extremely happy. What I can assure you is that we have tried to use that motto with her and also with each of the students who have trusted us for 40 years. We are aware that artistic platforms are sustained on a tightrope, to which those who have doubts cling. Doubt is the basis of development and renewal. Without doubt, we would always be threshing the same wheat and going around the same threshing floor.

Rosalía understood clearly what she did not want to do. And that balancing act, one of discarding, is as accurate as aiming and hitting the nail on the head.

I am not in a position to know if Rosalía clearly knew what kind of art she wanted to champion since she decided to dedicate herself to music, but I can assure you that she was clear about what she did not want to do. And that balancing act, one of discarding, is as accurate as aiming and hitting the nail on the head.

Last 9 January, in the evening, I had the pleasure of participating a discussion about Rosalía’s meteoric career. It was on the programme MagaSIN, Radio Primavera Sound, hosted by Alicia Álvarez, Sergi Cuixart and Juanjo Zambrano. I attended as guest with Ben Carden, Tomás Peña and Tama Rindo. Tomás and Tama have participated in El mal querer from the beginning. Both young people eagerly recognised that all the work done on this album was conceived with total naturalness, without pressure from anyone and always under Rosalía’s supervision. Tomás Peña reported that when he suggested an idea, Rosalía would say “no” if she did not see it clearly. That is, the act of discarding can appear as a handle that leads one to move forward in the process of creating a work of art. Tama referred to the grace with which Rosalía raised her arms in consummate flamenco style. And it is true: she shows plenty of grace in those arm raisings. It is no coincidence that Rosalía studied flamenco dance at the academy run by La Tani, a traditional flamenco dancer and the mother of the guitarist and composer Edu Cortés. Once again, we find artistic training to be an important line in Rosalía’s development.

Once she had completed her studies, Rosalía went on to study music at our school in Can Fabra, in the Sant Andreu district, at the Taller de Músics School for Higher Music Education, during the 2012-2013 and 2013-2014 academic years. A wide range of subjects informed her vast preparation: general music history, the history of culture, auditory perception, flamenco harmony, singing as a main instrument, piano as a secondary instrument, instrumental ensemble, transposing and accompaniment, flamenco history, musical thought, applied computer science, forms of flamenco, language and communication, foreign language and fundamentals of composition. During this period, her teachers were Cristina Canet, Ana Rosa Landa, Santi Galán, Chiqui, Juan Carlos Gómez, Alba Guerrero, Enric Marin, Xavier Casellas and Enric Palomar. 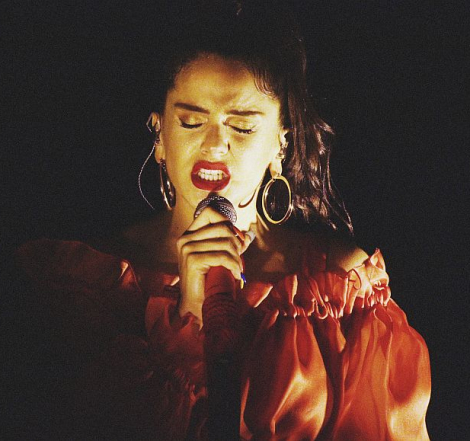 After finishing her second postgraduate year studying music, Rosalía asked our education department if she could be reclassified to study a third and fourth year and to carry out a final project for a degree from the Catalonia College of Music (ESMUC). I consented, understanding that she would continue studying with her singing teacher, Chiqui (José Miguel Vizcaya Sánchez), since he teaches at both schools. One day, Chiqui told me: “This girl is very special. She modulates in such a way that, by recalling the classics so well, her expression is from today. Rosalía will give us a lot to talk about.”

Rosalía dragged a host of young people of her generation who admired, adored and loved her into the Taller, but she needed fresh air and a change of atmosphere. The students at ESMUC already knew her, since they had met in different shared spaces in Barcelona. I thought the change would be good for her, but who could have imagined that the young artist would fly so high to the point of turning her final project into El mal querer?

Rosalía’s star is shining bright. Maybe she could have done it all on her own. If she had chosen that path, it would probably have taken her more time to reach the same conclusions. And, above all, she would not have had the opportunity to become inspired by such a dense environment of ideas and share them with so many musicians and artists. Rosalía cemented her career at the Taller, which emerged 40 years ago in the Raval district, tucked between streets bordering a square called Plaça del Dubte (literally, “Square of Doubt”). Rosalía has continued to ask questions to satisfy her immense curiosity ever since. Because whoever doubts and asks, learns. I hope she keeps asking, so her doubts and decisions to discard enables her to push on ahead and, like now, keep her feet on the ground.

Lluís Cabrera Sánchez is president of the Taller de Músics foundation, which he also founded in 1979.