Rosalía, the sultana of a new pop under construction 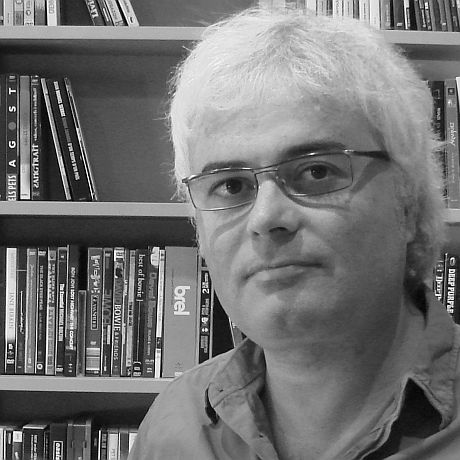 Jordi Bianciotto is a journalist and music critic.

El mal querer, Rosalía’s second album, is an epic story full of sonic turbulence and minor artistic challenges. Based on alternative imagery, Rosalía proposes a mix of soulful pop that is both worldly and transcendental, with a clearly feminist background that demonstrates her commitment and her talent.

The sonorous alchemy of El mal querer breaks down models and may disconcert listeners on the first hearing: their senses are assaulted by impressionist electronic clips and the beating of hands on a flamenco media luna cajón, the strumming of the guitars’ nylon cords and bits of casual sounds (the tinkling of jewellery, knife thrusts cutting the air, young people’s conversations), echoes of the copla and the jondo and layers of celestial voices that draw inspiration from Gregorian chants. There are also shades of darkness, such as in the song “Malamente”, which few record executives would have coldly bet would be a winning commercial hand a few years ago.

However, through its sonic turbulence and daring epic tale with a feminist perspective, El mal querer, Rosalía’s second album, has connected with a wide audience, reflecting the change (or expansion) of musical tastes that we have been experiencing for some time. It has something to do with the rise of what we have called “urban music” and the evolution of hip-hop and homemade electronic minimalism, though it is not a trap album. Rather than conform to these labels, El mal querer proposes a different style while looking towards the Iberian south, feeding on the flamenco aesthetic and mystique and contributing to the construction of a new pop canon. And all in all, it overcomes the deafening effect of marketing, which has put many sensitivities on guard.

Through its sonic turbulence and daring epic tale with a feminist perspective, El mal querer, Rosalía’s second album, has connected with a wide audience, reflecting the change of musical tastes that we have been experiencing for some time.

Perhaps you should make a small effort to overcome prejudice when listening to El mal querer, but diving to the bottom brings gratification and makes your head dance. It is a symbolically important disc in that it brings new and alternative imagery (neither Anglo-Saxon nor Latin American) to the global pop scene, while teeming with minor artistic challenges at the same time.

To summarise the album, it is the story of a young lady who marries for love and gradually watches how her pure sentiment stumbles into a dark soul and her own mistreatment. The source of inspiration for El mal querer even departs from an ordinary landscape: the singer sets it the Occitan novel The Romance of Flamenca (“Flamenca” being a demonym for a person from Flanders), written in the 13th century by an anonymous author, in which a noble jealously locks his wife up in a tower. Rosalía, who is also a composer and producer, builds a bridge between this literary reference from the dawn of courtly love and contemporary cases of gender-based domination in some young circles.

For Rosalía Vila Tobella, born 25 years ago in Sant Esteve Sesrovires (Baix Llobregat), this album is the result of an obsession largely pursued under the guidance of Canarian producer Pablo (“El Guincho”) Díaz-Reixa. The consecration of her talent provides a good example of the reach of modern higher education: Rosalía studied at both the Taller de Músics and the Catalonia College of Music (ESMUC), where she graduated in Flamenco.

This substratum appears in her bold first album, Los ángeles (2017), in which she aimed to reconstruct old cantes with the raw and heterodox guitar playing of Raúl Fernández, better known as Raúl Refree. The album has already given rise to a popular phenomenon. Now El mal querer may unleash a hypermodern aura, but it also has strong roots and precedents in terms of fusion: from Smash, in the 1970s, to Ojos de Brujo, Mala Rodríguez, Maruja Garrido (Dalí’s muse) and Lola Flores¾artists who combined hybrid music based on flamenco and rumba and in dialogue with rock, pop or hip-hop.

Rising as a charismatic figure with star potential, Rosalía takes it a step further with a mixture with a soulful, earthly and transcendental pop that makes charges of cultural appropriation look short-sighted and extemporaneous. As if certain music had to be predetermined not to transcend ethnic, cultural or socio-economic environments! However, El mal querer still has quite way to go: conceived as an album with an audiovisual dimension, it must show its definitive power in live performances, which have so far been limited to festivals such as Primavera Sound and the revived Doctor Music Festival.

Jordi Bianciotto is a journalist and music critic.