The commercialisation of agriculture: impacts and alternatives 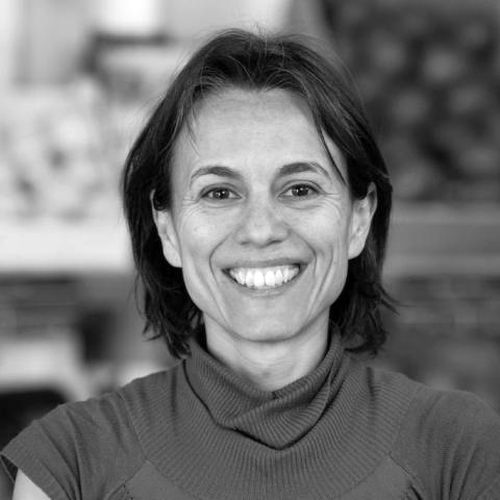 Since the mid-20th century, agriculture has undergone more transformations than in the last ten thousand years. It has gone from being a common good to becoming a commodity. Intensive farming is increasingly on the rise and rural areas are becoming depopulated. The solution will emerge from the dialogue between the scientific knowledge and traditional knowledge of agroecology.

The cultivation of food, in other words, agriculture, is a centuries-old activity that has allowed humanity to ensure its very reproduction, among other things. It has also facilitated exchange between the world’s different regions and has laid the foundations for what we know today as development. Nevertheless, in the last 60 years – especially since the introduction of the agricultural market into the rules of free trade – agriculture has undergone more transformations than in the previous ten thousand years. These transformations are the outcome of multiple processes, but attention is drawn to two key processes in this article: on the one hand, the advent of industrial society, which would not have been possible without other previous transformations that allowed “primitive accumulation”, as described by Karl Marx: the enclosure of communal lands for agricultural use and their subsequent privatisation and commercialisation; and, on the other hand, the role that scientific knowledge has played in an industrialised society in which progress is identified with technological advances and the human being – in particular “man” – is deemed capable of controlling nature by means of an absolutely anthropocentric and androcentric approach; a society that dismisses other knowledge that exists alongside scientific knowledge, considering it backward, and which is the one that has allowed us to evolve, up to the present day, in tune with nature.

The shift from peasant farming to industrial agriculture has not been voluntary or peaceful, but rather forced and violent.

With reference to the discourse, all this comes together in a basic fact: agriculture and all the resources necessary to produce food go from being a common good to a commodity, and food is no longer a human right to be governed by the same patterns as the rationale of commerce. But there is an aspect that has not always been borne in mind when we talk about the changes that have brought us to where we are today, and that is important to remember: every transformation agriculture has undergone has had an element of violence and continues to do so. In other words, the shift from peasant farming to industrial agriculture has not been voluntary or peaceful, but rather forced and violent. From the violence perpetrated to expel the peasantry and privatise communal lands – which allowed the passage from the Middle Ages to the Modern Era – to the current violence in the processes of land grabbing, the fight against reproduction and the use of local seeds, and the privatisation of water; or a more subtle violence against the use of traditional knowledge and the subordination of agriculture to the rest of the food system, through an institutional and legal organisation that discriminates against (and criminalises, in some contexts) peasant farming.

The consequences are truly devastating, on several levels. Alongside these repercussions, the challenges facing agriculture as a whole can be considered. Let’s explore the matter in several blocks.

Throughout the world, the industrialisation and globalisation of agriculture, the result of commercialisation, have meant that food production, instead of being an activity carried out in balance with nature, is a fundamentally extractive sector. Thus, deforestation processes associated with the advance of agriculture and intensive animal farming, or soil degradation associated with the advance of monocultures, jeopardise food production itself. According to figures from the IPCC (Intergovernmental Panel on Climate Change, 2019), soil erosion from agricultural fields is between 10 and 100 times higher than the soil formation rate.

Climate change is another major challenge facing agri-food systems from an ecological perspective. On the one hand, agricultural and food consumption practices must be changed (essentially, food waste and the consumption of animal-derived protein must be cut back) to reduce greenhouse gas emissions associated with food systems, which, on average, are currently one third of the total emissions. On the other hand, climate change itself diminishes world productivity. Figures show it has fallen by 5% worldwide in recent years, while in the Mediterranean the models forecast a reduction of 17% in the coming years. Linked to this, the lower availability of water and the higher frequency of extreme events must be considered.

Lastly, we cannot ignore other key aspects from the ecological perspective, such as the loss of biodiversity linked to food production (including agrobiodiversity here, i.e. the thousands of traditional varieties and local breeds specific to each territory), deforestation and international trade, and water and soil contamination, which further exacerbate the scenario we are facing. All this in a context of scarce production resources (for example, land and water) and nutrients (especially phosphates, an element that in turn has a considerable geopolitical component).

The chief impact of agricultural industrialisation and globalisation has been the loss of agricultural employment. In the EU alone, between 2005 and 2016, 4.2 million agricultural farms have disappeared, of which 85% were small-scale farms, less than five hectares in size (Eurostat figures, 2018). This figure represents a constant trickle, a loss of approximately 1,100 farms every day, almost 50 per hour. No economic sector has suffered such a big loss in such a short timespan. Added to the loss of the agrarian population on account of the closure of farms is the lack of generational replacement on a global and national scale.

In the EU alone, between 2005 and 2016, 4.2 million agricultural farms have disappeared. No economic sector has suffered such a big loss in such a short timespan.

The latest report issued by the United Nations High Level Panel of Experts on Food Security and Nutrition (HLPE, 2021) warns of this issue. Young people leave rural areas, there is no handover, and those who want to take up the occupation come up against serious problems, the most pressing, perhaps, being access to land. The countryside is abandoned, the rural environment is depopulated and us people crowd into cities, a space with an unsustainable social and ecological metabolism, a predator of resources, highly dependent on the rural environment and natural resources, but revered by our society as the image of progress. Politics contributes to this, benefiting cities to the detriment of rural areas.

The technological challenges facing agriculture are manifold, but perhaps the greatest is related to the approach. Our civilisation, as we said in previous paragraphs, understands that progress and scientific advancement will solve all our problems, problems that, let’s not forget, we have generated ourselves using a scientific approach based on productivity and the supremacy of “man”.

Against this backdrop, the future of agriculture undergoes digitisation and new technological developments. But if we learn from what has happened in recent decades, and I hope that human beings learn from their mistakes, the approach of more modernisation has contributed to the environmental and social challenges raised above. When we talk about more technology and digitisation, we should ask ourselves who these technologies benefit, whether they are necessary, whether practices, operations and systems already exist to solve such problems, whether they are another element generating farmers’ dependencies or whether, on the contrary, they increase their dependence on other actors or their alienation by this highly unsustainable productivist agriculture.

Therefore, it is worth considering whether science itself, at least in the agricultural context, needs to reinvent itself. In fact, scientific evidence itself warns us of the need to recover, respect, assess and develop solutions to problems based on the dialogue between scientific knowledge and traditional knowledge, a dialogue that is the pillar on which agroecology is built. The challenge is that, in our context, this traditional knowledge – the one that developed the local varieties and breeds we know today (and which are disappearing) and guaranteed an evolution in balance with our territories – is in danger of extinction. The people who possess this knowledge are very old and, without their wisdom, we will miss out on future options.

Throughout this context, what we see is that there is a problem of political legitimisation of agriculture and food, at different levels. For example, the Community Agricultural Policy (CAP), considered by some authors to be one of the main causes of the decapitalisation of the European countryside, is questioned not only by society (who need an explanation in each new reform as to why it is one of the European policies with the biggest budget), but also by farmers themselves. They wonder why the large landowners and corporate agents are the ones who take most of the CAP subsidies, or why the CAP is the cause of the low prices they receive, which generates dependency dynamics from which they cannot escape.

In short, these are the challenges posed by internationalisation, industrialisation and the concentration of power in a handful of agriculture and food actors, and which stem, in turn, from the transformation of food into a commodity. In a recent article (Jackson et al., 2021), we showed the importance of approaches and narratives in policy development, particularly in the European Union’s farm-to-table strategy. While policies in recent years have been developed on the basis of a productivist narrative in which food is considered a commodity, now there is a need to focus on food as a human right or a common good (SAPEA, 2020). Thus, considering it a human right implies developing policies that guarantee access to land, particularly for young people, or guaranteeing that people with limited resources can access healthy and sustainable food. And the common good approach calls for the development of governance models that guarantee the participation of all actors, particularly those marginalised and subordinated by the industrialised food system itself, small-scale producers and consumers.[1]

But I do not wish to end with such a bleak vision. There are political alternatives such as “food sovereignty”, put forward in the mid-1990s by farmers that are part of the international organisation La Via Campesina, and supported by thousands of organisations around the world. Food sovereignty is defined as “the right of peoples to healthy and culturally appropriate food produced through ecologically sound and sustainable methods, and their right to define their own food and agriculture systems”. This puts those who produce, distribute and consume food at the heart of food systems and policies, above the demands of markets and companies. It defends interests and includes future generations. It offers us a strategy to resist and dismantle free and corporate trade and the current food system, and to harness food, agricultural, pastoral and fishing systems, so that they become managed by local producers. Food sovereignty gives precedence to local economies and local and national markets, and empowers farmers and family farming, artisanal fishing and traditional herding, and establishes food production, distribution and consumption on the basis of environmental, social and economic sustainability (Nieleny, 2007).

Among the pillars of food sovereignty is agroecology. An interdisciplinary scientific approach that promotes the dialogue of knowledge between the actors of the agri-food system and designs ecological food systems with the capacity to regenerate ecosystems degraded by industrial agriculture (for example, soil regeneration, biodiversity and carbon sequestration). A new model of food production that allows us to face the current economic crisis from the field, that reverses the phenomena of depopulation and where new technologies incorporate the principles of traditional knowledge.