Towards a culture of participation 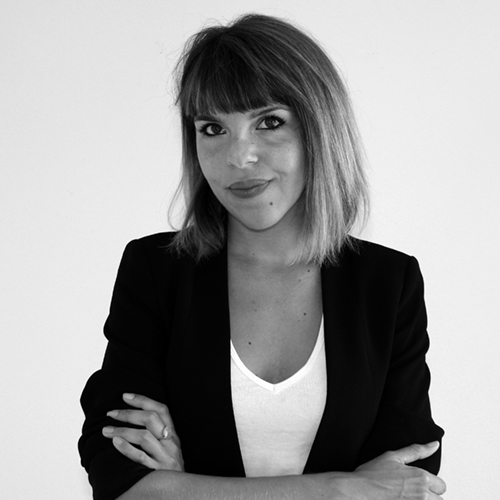 Journalist and Doctor in Digital Communication from Ramon Llull University. She researches the transformation of the media in the digital age at the Blanquerna Faculty of Communication, where she is a lecturer in Communication and is a member of STReaM, a longstanding research group recognised by the Generalitat Government of Catalonia. She has published Periodismo y redes sociales [Journalism and Social Media] (Editorial UOC, 2017).

Anastasia Kavada, Professor of Communication and Politics at the University of Westminster, has been studying the interaction between digital media, social movements and democratic participation for years. Last May she gave a lecture at the Born Centre for Culture and Memory in Barcelona alongside Simona Levi and Paula Kuffer on the massive dissemination of fake news and its ability to degrade democratic systems.

Social media platforms are a reflection of the human condition: they are used to manipulate elections, to spread fake news and to encourage the rise of authoritarianism, but at the same time they are an essential tool for collective organisational processes and for social mobilisations. In short, they portray the best and worst side of human beings. Professor Anastasia Kavada’s line of research focuses on the role of digital platforms in political transformation, with special emphasis on their use by social movements such as Occupy, the Arab Spring or Spain’s Los Indignados [The Outraged]. In 2007, she defended her PhD thesis, where she studied the use of email lists and the Internet by activists involved in these and other social movements.

Our perception of social media has taken a 180-degree turn in recent years. During the election campaign that put Donald Trump in the White House, in 2016, Twitter and Facebook presented themselves as neutral content distribution platforms. Four years later, they executed a decision that was both far-reaching and risky: to remove the voice of the president of the United States after he had cast doubts over the postal vote process and encouraged his followers to demonstrate at the Capitol while the legislative branch was counting the votes to confirm Joe Biden’s victory in the 2020 presidential election. The outcome, known to all, of five dead and dozens injured, reflected the serious repercussions of disinformation in democratic societies.

How have we gotten here? Anastasia Kavada claims that, since 2007, social media has facilitated the dissemination of fake news for two reasons. Firstly, on account of the business model, as these platforms need to bring together a large number of people to interact with the content in order to collect data and sell advertising (this business model has been studied and described in detail by journalist Marta Peirano in the book El enemigo conoce el sistema [The Enemy Knows the System], Debate, 2019). Secondly, because personalisation algorithms are used to reinforce our own beliefs, which leads us to increasingly isolate ourselves from those who think differently and to lock us into our ideology, in other words, radicalising ourselves. The phenomenon was described by law professor Cass Sunstein in the book República.com. Internet, democracia y libertad [Republic.com. Internet, Democracy and Freedom] (Paidós, 2003), and popularised by activist Eli Pariser through a TED Talk that later took the form of a book: The Filter Bubble: How the New Personalized Web Is Changing What We Read and How We Think (Penguin Books, 2012).

Digital propaganda is the last ingredient in this perfect storm. Technology platforms segment users based on their browsing pattern. This way they can know if a person is undecided between two political options a few days prior to an election, and generate personalised advertising content to tip their vote towards a certain position. This is what happened, for example, in the Cambridge Analytica data scandal. In the words of one of the former employees of the political consulting firm: “We exploited Facebook to harvest millions of people’s profiles. And built models to exploit what we knew about them and target their inner demons. That was the basis the entire company was built on”. Although Cambridge Analytica shut down, there are other companies doing the same job today and, according to Kavada, they operated in the Brexit referendum election process, for example.

The regulation of technology companies, digital literacy and the culture of participation are essential to address the current situation of information chaos.

How can we combat disinformation on social media? The solution lies in regulating technology companies and digital literacy. Late last year, the UK, for instance, introduced a bill to regulate illegal content on the Internet, which imposed fines of billions of pounds on platforms that did not take responsibility for removing material advocating terrorism and child sexual abuse. Germany adopted similar measures with fines of up to 20 million euros for spreading hate speech, and France was committed to slapping sanctions on technology companies that would allow disinformation during electoral processes. Moreover, public institutions strive to publicise tools and methodologies so that citizens can fight disinformation autonomously. The European Commission works closely with social media platforms to encourage them to promote reliable sources, to hide content that has not been verified and is false or misleading, and to remove content that is illegal. UNESCO, for its part, has just published a handbook entitled Journalism, ‘Fake News’ and Disinformation to empower citizens to distinguish what is news, disinformation and misinformation and to develop a healthy scepticism towards all information they consume.

But not everything is manipulation, disinformation and the rise of authoritarianism on social media. These platforms also contributed to social mobilisations such as the Occupy, the Arab Spring and Los Indignados movements. These projects have three key aspects in common that need to be retrieved to address the current scenario of information chaos. Firstly, they call for action. “Citizens are not just recipients of political action, but also producers of politics. They not only use the Internet to consume information, but also to create it”, affirms Kavada. Secondly, they are projects that are structured around the concept of equality, understood as needing the involvement of all citizens, regardless of their sex, gender or origin.

Social mobilisations are based on three key aspects: action, equality and care, and the common good.

“Decentralisation of governance is imperative, because decentralising means giving a voice to diversity. Not only do experts produce knowledge, but rather knowledge is produced by everyone”, she adds. Thirdly: common good and care. It’s about putting the focus on empathy, solidarity and care. These are social movements that emerged in response to the devastating financial crisis of 2008 and are now re-emerging to deal with today’s coronavirus health crisis.

The key lies in the culture of participation. On concluding her presentation, Kavada stops talking and opens the round of questions. Silence. How can we educate citizens in participation? “Citizens do not participate because they believe that their input is not important and won’t be taken into account. The centralisation of governance has not allowed the culture of debate and now we need to educate if we want to improve the quality of the democratic system”, Kavada points out. “Participation through social media and digital media was very important in the constitution of the 15-M movement,” adds Simona Levi, “but the system appropriated it in its own way. Institutions suggest we speak, but not participate. They should propose real participatory processes, provide citizens with competencies and demand accountability from them”.

“The problem of disinformation does not lie in digital media or social media platforms, but in power, in organisations that centralise what should be the space for everyone and for everything”, agree the two experts. Only by decentralising the Internet and promoting a culture of real participation can the problem of disinformation that currently damages all democratic systems be reversed.

Journalist and Doctor in Digital Communication from Ramon Llull University. She researches the transformation of the media in the digital age at the Blanquerna Faculty of Communication, where she is a lecturer in Communication and is a member of STReaM, a longstanding research group recognised by the Generalitat Government of Catalonia. She has published Periodismo y redes sociales [Journalism and Social Media] (Editorial UOC, 2017).