Two (hidden) artists behind a machine

José Ángel Montañés is a specialist in cultural heritage and works for the newspaper El País.

The extraordinary work and cultural life of Ricard Giralt Miracle and Enric Tormo, who marked the second half of the 20th century with their graphic designs and prints, take centre stage in two books that recognise their contributions as pioneers in the graphic arts.

In December 2014, 238 boxes with some of the so-called “Salamanca Papers” returned to Catalonia: more than 150 tons of documents confiscated in 1939 by Franco’s troops after they triumphantly entered Barcelona at the end of the Spanish Civil War. In one of these boxes came a poster featuring an enormous face of Lluís Companys on a map of Catalonia that the art critic Daniel Giralt-Miracle immediately recognised: it was one of the works that his father, Ricard Giralt Miracle (Barcelona, 1911-1994), made for the government of the Second Spanish Republic in 1936 and that had him shut down during the dictatorship. Something that he ridiculed by signing his works with M. Tlarig, his name backwards. 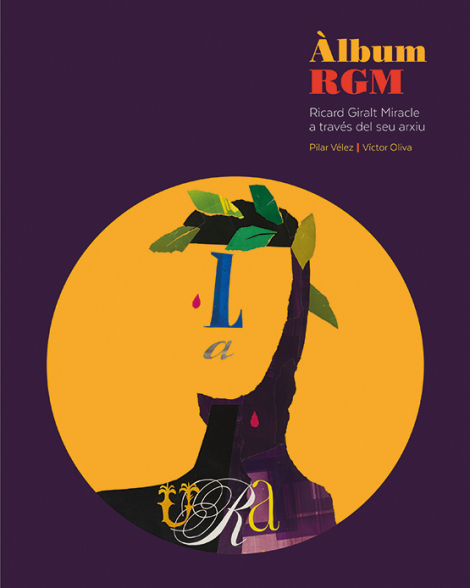 Ricard Giralt Miracle exemplifies, like no other artist, the transition from draughtsman to modern illustrator, from graphic artist to designer, from Noucentista-inspired craftsmanship to the technological revolution.

The war and its effects did not prevent this graphic designer, printer, draughtsman and typographer from becoming one of the greatest points of reference for graphic artists in the second half of the 20th century.

Concealed beneath the polite ways of this discreet man was a rigorous and unconventional artist who, after drawing from tradition, opened himself up to new European developments, creating a unique body of work in new and modern aesthetics. He exemplifies, like no other artist, the transition from draughtsman to modern illustrator, from graphic artist to designer, from Noucentista-inspired craftsmanship to the technological revolution. [Noucentisme is an early-20th-century cultural movement in Catalonia that reacted against Modernisme both artistically and ideologically]

It is for this reason that his oeuvre is among the most widely disseminated work in exhibitions and publications. However, after his sons Pau and Daniel donated his personal archive to the Museu del Disseny (continuation of the Museu del Llibre i de les Arts Gràfiques), a new perspective has emerged that lends an insight into his creative process, the aesthetic changes he underwent and his cultural preferences.

The outcome of the study of this material is Àlbum RGM, a beautiful book published by Barcelona City Council, the Institut de Cultura de Barcelona and the Museu del Disseny. The book presents a detailed overview of the collection by Pilar Vélez, director of the Design Museum, and the expert Víctor Oliva, in cooperation with Giralt Miracle.

The book, which is eminently visual, spans his formative stage in the in-house studio Can Seix, from 1926, at the age of 15, to his latest works: sketches, completed commissions and discarded work he carried out for catalogues, book covers, posters, logos, calendars, greeting cards, postcards, alphabets, cards, among many other things. Some materials that Vélez and Oliva describe as a “treasure trove”.

The book explains how Giralt Miracle ended up setting up his own studio, Filograf, in 1947, which allowed him to assert control as he so wished, from the initial idea to the final product, as well as being able to experiment freely. An opportunity and a challenge for someone who perceived his work as an art and not as an industry, who felt more like an artist than a printer, something that he particularly developed in his Calidoscopios [Kaleidoscopes], pieces in which he experimented with graphics resulting in an authentic pictorial creation. For this reason, for the book’s authors, Ricard Giralt Miracle was “a (hidden) artist behind a machine”.

It is something that he has in common with another artist rediscovered after years of oblivion: Enric Tormo (Barcelona, 1919-2016), the leading character in a second book published by Barcelona City Council and the Fundació Joan Brossa. 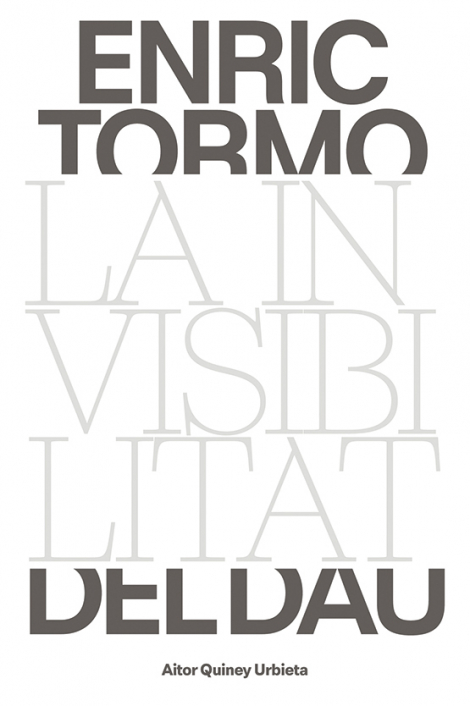 Tormo was a printer, as well as an engraver, editor and photographer. He worked with artists who ended up overshadowing him, from the members of Dau al Set [a group of avant-garde artists, philosophers, and poets active in Barcelona from 1948 to 1953] to Joan Miró. Because, unlike Giralt Miracle, who asserted his creative and artistic side, Tormo was an anonymous technician, as explained by the author of the publication, Aitor Quiney, who, for the first time, has accessed Tormo’s legacy preserved by his children Dolça and Enric: another treasure trove of graphic arts. The book Enric Tormo. La invisibilitat del Dau is the final touch to an exhibition of the same title on this artist, on display from March to July 2022 at the Centre de les Arts Lliures in Barcelona.

Tormo – printer, engraver, editor and photographer – worked with artists who ended up overshadowing him, from the members of Dau al Set to Joan Miró. Unlike Giralt Miracle, who asserted his creative and artistic side, Tormo was an anonymous technician.

Tormo’s training and education captivated a soldier with whom he did his military service (in 1939, in Salamanca, precisely): Joan Brossa. A friendship blossomed from that point that lasted a lifetime and that is perpetuated in this exhibition. Hosted by the centre dedicated to the Brossa universe, it provides an overview of the artistic life the two friends have in common and with other artists determined to surmount the Spanish Civil War and reinstate the artistic vanguards stricken by the war: the members of Dau al Set (Antoni Tàpies, Modest Cuixart, Joan Ponç, Arnau Puig and Joan Josep Tharrats, as well as Brossa). And with them was Tormo, notwithstanding the fact that his role has not been recognised until now.

In 1942, Brossa spoke to Joan Miró about an “engraver friend” after the painter told him that he wanted to initiate the lithographs in the Serie Barcelona [Barcelona Series]. Tormo and Miró began to work together and struck up a friendship. The two worked together again on several occasions, such as in 1949 at Miró’s first exhibition in Barcelona after the Spanish Civil War, at the Galeries Laietanes, and in 1958 in À toute épreuve [Proof Against All], the book in which Miró illustrated the poems of the surrealist Paul Éluard with engravings.

Apparently, it was this personal skill possessed by Tormo that would make him friends with all these artists. On an outing to Montseny made by Puig, Brossa and Tormo, in 1945, the Algol magazine came into being, whose concept, typography, design and financing were borne by the printer. This magazine led to a change in the ethical and aesthetic stance adopted in regular publications, despite the fact that only one issue was published after it turned out to be an economic flop.

Shortly after, Tormo fulfilled one of his other challenges: opening his own studio (Calders 15), frequented by his friends Ponç, Cuixart, Tàpies and Tharrats, who learned from him and experimented with the technical possibilities that Tormo was well-versed in and also taught, between 1962 and 1983, as a professor of graphic arts at the Escola de Bibliotecàries [School of Librarians].

The profusely illustrated book presents the photographs taken by Tormo of the group’s members, such as those taken by Cuixart in 1949 for the Dau al Set exhibition at the Galeries Laietanes. For that show, Tormo also produced a special issue of the group’s homonymous magazine, which acted as a catalogue. A magazine that came about two years following Algol’s failure. Such a fate led to some of its issues being printed on the flatbed press in the Filograf studio belonging to Giralt Miracle, a great friend of Tharrats.

José Ángel Montañés is a specialist in cultural heritage and works for the newspaper El País.