Young women, between inequality and empowerment 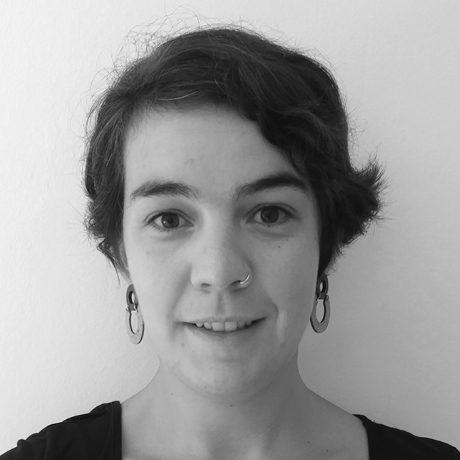 Co-founder of the Projecte ella. She holds a Master’s Degree in Conflictology and is a group facilitator. She is currently pursuing a postgraduate course in Gender-based Violence. 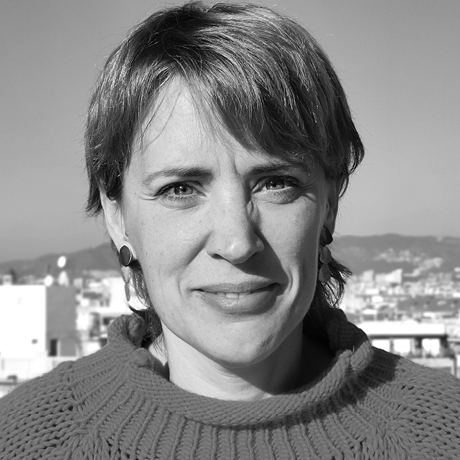 Member of the iQcoop consulting firm and director of the iQ Observatory. She has specialised in feminist theory and indicator-based measurement of gender equality.

Young people are dominating new discourses on gender and challenging much of the discrimination, contempt and violence that older generations had systematised. Feminism is, alongside environmentalism, the progressive discourse many young people use to voice their criticism of the current state of affairs. What has changed and what hasn’t changed among young people in terms of gender inequalities and norms?

Young people’s social expectations as regards gender equality have not been met, the main one being that education was the key to equality in all areas of life. Today, young women, and it is not the first generation thereof, have higher levels of education than young men. But we are aware that this has not been matched by an equivalent transformation of the labour market. Young women are the age and gender group with the lowest incomes. In addition, inequality grows with age (also for the most educated and young women). However, it is worth exploring when social and especially economic inequalities begin to surface in the lives of women in a context such as the present situation of formal equality.

Violence against women is already tangible in adolescence. In Spain, one in four girls between the ages of 16 and 19 who have had a partner at some point have experienced control-oriented gender violence in the last year.[1] The student population between 12 and 18 years old claims to have experienced some form of gender-based violence (unwanted touching, bullying and assault). Girls already suffer from these incidents twice as often as boys. In fact, the most common incident, “inappropriate or offensive comments of a sexual nature”, affected 6.6% of teenage boys and 18.8% of teenage girls last year, which corresponds to three times more.[2]

Lack of sex and emotional education

Sexual activity is largely the means by which gender violence finds its way into the lives of young girls and boys at a very early age. The average age of first penetrative sex is 16.7 years. The question, which is difficult to answer with the current information, is how many of these “fully-fledged” heterosexual relationships are abusive. The lack of sex and emotional education leaves this stage of exploration in the hands of the myth of romantic love: the idea that we are incomplete beings without a partner, that – if we are women – it deserves our sacrifice and love justifies suffering and jealousy. Pornography is also present. Traditional gender roles (the initiative must come from the man), as well as focus on male pleasure, are legitimate social norms among young people. In this respect, it is shocking to learn that the data collected in 2018 among users of the Contraception and Sexuality Youth Centre (CJAS) reveal that one in three women under the age of 30 acknowledges that they cannot decide on which contraceptive method to use, and that over 25% of them frequently have unwanted sexual relations. On the other hand, social networks (among other things) constitute a new means of violence whose magnitude we do not yet fully understand. We must be aware that there are new forms of cyber control and on-going cyberbullying and harassment and other forms of violence that can be very serious, such as sexpreading, sextortion, ghosting, paedophile grooming, etc.

[2] Ministry for the Interior. Enquesta de convivència escolar i seguretat a Catalunya. [Survey on School Coexistence and Safety in Catalonia] Academic Year 2017-2018. 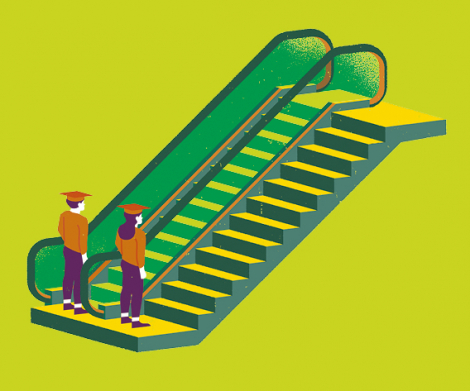 On the other hand, in the realm of education, gender specialisation is not subsiding. This is what is called horizontal segregation: it occurs in education and is replicated in the labour market. In post-compulsory secondary education, already palpable are a female majority in the arts and humanities and a male majority in the sciences. In vocational training, segregation is extreme: in courses related to personal image, 92.9% of women are enrolled, and in those related to textile, clothing and leather goods, 84.8%. At the other extreme is 97% male enrolment in transportation and vehicle maintenance, mechanical production, electricity and electronics, installation and maintenance.[1] At university, where women predominate overall, they account for 73% of health science students and 25% of technical students.[2] This segregation bears major implications for living conditions because, unfortunately, there is greater social and economic recognition of “male” disciplines than “female” disciplines, and this translates into working conditions, including salaries. Moreover, it must be kept in mind that educational attainment is not equal across the board. Educational advantage is not uniform across different groups of boys or girls. An example thereof is the migrant population. We are aware that there is a specific educational glass ceiling for young girls of foreign origin in post-compulsory secondary education, and that, contrary to the native population, male migrant students pursue higher education more often than female migrant students.[3]

Despite having better academic achievement, young women have 13% less employment than young men, and this gap widens among management, where there are 38% less women.

In any case, female educational attainment is not valued in the labour market in the same manner as male educational attainment. Studying benefits everyone, but not equally for girls and boys. Several indicators point in this direction. Women make up 58% of those with higher education today, but only 53% of those with this level of education are employed.[1] Despite having better academic achievement, young women have 13% less employment than young men, and this gap widens among management, where there are 38% less women. Thus, we can say that level of education today is not the only factor determining better employability: gender also has a role to play.

Another crucial stage in the consolidation of inequality is emancipation. It is at this time that gender socialisation takes shape in the lives of young people. As we know, young girls emancipate themselves earlier than boys, partly because they do so in couples with an age difference of about four years. Also because they behave in a more homogeneous manner, giving more precedence to their partner over other forms of cohabitation than young men do. Moreover, while young men who emancipate themselves do so in almost half of the cases with relatively high incomes,[2] this applies to less than a third of young women. Conversely, although only 15% of emancipated males have a low to medium income,[3] in the case of emancipated women this percentage rises to 25%. In fact, the occupational profile of emancipated young men clearly points to those with a job as their primary activity. In contrast, the profiles among young women are more diverse and the primary activity of emancipated young women mostly lies in caregiving, or they are unemployed or engage in “non-primary” jobs.[4] In other words, young women emancipate themselves in worse economic conditions and assuming more risks. As a result, very threatening foundations of inequality are laid, which can become consolidated in subsequent life stages (in particular with the arrival of children).

Once emancipated, young couples do not equally share household chores and maintenance. One in four girls living with a partner states that she does three or more “typically female” chores,[5] while 3.7% of young men say they do. The situation is exacerbated when motherhood and fatherhood occur. The childless young population with an occupation already show differences in their dedication to work.[6] But the arrival of children is a critical time for growing inequalities. Not surprisingly, when they become mothers, young women who work 40 hours or more a week drop from two-thirds to less than a half. Among young men, fatherhood leads to a shift in the opposite direction: from 75% to 81%.

[1] iQ Observatory/Employment on the basis of the Active Population Survey 2016.

[2] They belong to the first income quintile of the youth population.

[3] They belong to the third income quartile of the youth population.

[4] All the data in this paragraph are taken from the l’Enquesta a la joventut de Catalunya 2017 [Youth Survey of Catalonia 2017], which gathers information from young people aged 15 to 34 years old.

[5] We are referring to traditionally female household chores: doing the laundry, daily shopping for the household and flat/house cleaning, among others.

There are signs that some young men are more involved in some tasks, especially parenting.

Nevertheless, the changes are progressing

Despite the persistence of these forms of inequality, it wouldn’t be fair to say that young people do not experience their gender status differently. In fact, there is a change that has been going on for decades. In part, young women are experiencing a social transformation that has taken place in the last five years: the rise in women’s presence in vocational training and higher education, and also in the labour market. The loss of some traditional values may be related to this success: an example thereof is the trend in religious marriage, which in 1990 accounted for three out of four unions yet only 10% today.[1]

In addition, several studies show that increasing levels of education are related to reducing the domestic workload for young women. Despite all the concerns over this transformation[2] (and the persistence of inequality mentioned above), there are signs that some young men are more involved in some tasks, especially parenting. We are aware that it is the most rewarding part of household chores and caregiving, but it is caregiving, after all.

[2] This drop has not been symmetrical with the rise in the dedication of young men with better education. Although outsourcing these tasks to women from lower social classes (and often of migrant status) is not a major phenomenon among young people, it should be noted that this may occur later on, and under the current conditions, the only thing that will happen in these cases is a transformation of gender inequality – which shifts to the lower social classes – rather than a reduction. It should also be taken into account that the volume of unpaid work has fallen compared to previous decades.

The empowerment of young women is at the forefront of political actions in recent years on a global scale.

But the main sign of empowerment for young women is the public voice they have gained through social media, discourses related to the emergence of a new wave of feminism, with women taking centre stage. Young women and men have mobile phones and use computers in similar proportions. Women (of all ages) use social media more than men. And young people’s public voice has unexpectedly been amplified through these networks. Shared experiences such as #MeToo, #IBelieveYou and the most recent #NotMyFault campaigns have raised citizen awareness, which largely explains the huge 8M marches in the last two years. Not only have these rallies changed the political agenda, but they have also become a space for sisterhood and collective identification for situations of violence and discrimination that thus far had been seen in an individual and personal manner, but not socially or politically.

The empowerment of young women is at the forefront of political actions in recent years on a global scale. Feminists of all generations must celebrate and work for it so that the new wave does not forget the issue of the distribution of jobs and wealth. This is a key demand for the lives of both women and young people at a time of rampant neoliberalism. Moreover, we must watch out for the sexist reactions that the new voices of feminism have sparked. They are fierce reactions, with electoral repercussions, and have yet to show what their limits are.

Co-founder of the Projecte ella. She holds a Master’s Degree in Conflictology and is a group facilitator. She is currently pursuing a postgraduate course in Gender-based Violence.

Member of the iQcoop consulting firm and director of the iQ Observatory. She has specialised in feminist theory and indicator-based measurement of gender equality.