Sundays and holidays, from 10 am to 2 pm 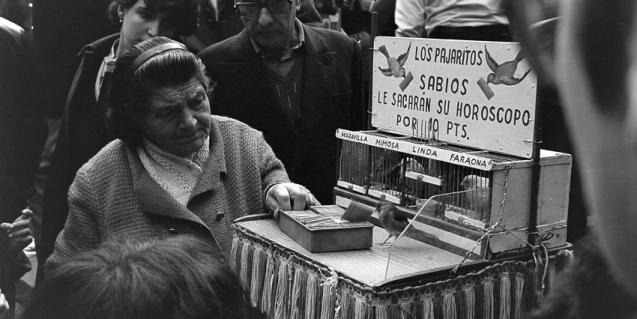 The Arxiu Fotogràfic de Barcelona dedicates an exhibition to Jordi Pol, with a selection of images from the last third of the 20th century.

Until 14 May you can visit the exhibition Jordi Pol. In the crowd at the Arxiu Fotogràfic de Barcelona.

Born in Barcelona in 1949, Jordi Pol is a self-taught photographer. His snapshots show what the city was like in the 1970s and 1980s with a style that reminds us of the photography of the "decisive instant".

In 1979 he collaborated in the project of the Centre Internacional de Fotografia Barcelona (CIFB) to document the situation of the different neighbourhoods. One of the raisons d'être of the CIFB was, precisely, street photography. Jordi Pol took part with reports from La Ribera and El Raval.

His professional colleague Colita spoke about him in 2001 as a "street cat", an expert in finding "the right moment in the right place", and described his technique in these words: "You get very close to the people, you work glued to the subject like a tick to its dog; there are no stolen photos with telephoto lenses and zooms, just your Leica with an honest 35 and, as a luxury, a 21 mm".

His knowledge of art and photographic technique led him, between 1990 and 2000, to direct the Espai Francesc Català-Roca: a facility accustomed to disseminating images located in the Casa Golferichs Civic Centre. Colita recalls that period, when Pol managed "a laughable (or pitiful, depending on how you look at it) budget" and yet "managed to bring together in that tiny exhibition hall the best of Barcelona's profession, mixing the classics with young up-and-comers", such as Agustí Centelles, Leopold Pomés, Xavier Miserachs, Oriol Maspons, José María Alguersuari and Colita herself.

In 2019, the author gave his collection, made up of more than thirty thousand negatives and contact sheets, prints and objects related to photography, to the Arxiu Fotogràfic de Barcelona, which now pays tribute to him by showing part of his legacy. Dated between 1967 and 2014, the collection brings together images of markets, festivals, concerts, advertising, exhibitions, people and scenes from everyday life.