Different areas of the city
Information 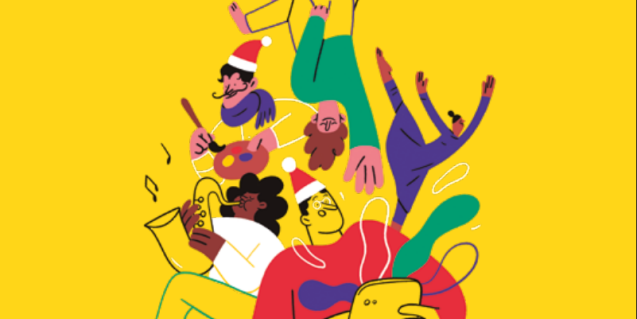 One of the highlights of the programme is the opera and circus show La torre de Nadal, which will be performed every night during the festivities.

From 17 to 30 December, Plaça Catalunya and Plaça Universitat will be the nerve centres of the Barcelona Christmas Festival. Throughout these 14 days, cultural proposals will be programmed from morning to evening, with the performing arts and music as the main protagonists. In total, 24 cultural projects with more than twenty sessions and activities can be followed and up to 95 artists will take to the stage.

Among the most outstanding proposals is La torre de Nadal, a large-format opera and circus show created by the stage designer and theatre and film director Lluís Danés and produced by Gran Teatre del Liceu and Barcelona City Council. La torre de Nadal will take spectators on a musical journey with the guidance of Giacomo Puccini and a story of circus and dance. In Plaça Universitat there will be Solstici, an installation by OFFF Barcelona that brings together interpretations of the winter solstice through the prism of the digital arts. Those who pass through the square will find a forest of screens with works by five artists, a daily programme of 3D animation, generative art, light, animated illustration and film.

But Christmas in Barcelona will have many more proposals in all districts. A new edition of Sons de Ciutat will bring up to 113 free concerts to 80 different locations. You can listen to different musical styles, from jazz and pop to flamenco, electronic and classical music, with a programme made with the complicity of 9 city agents: Primavera Labels by Primavera Sound, Sónar, Say it loud, BAM, Taller de Músics, Conservatori Superior del Liceu, Associació de Músics de Jazz i Música Moderna, Associació Coincidències and Jam Session. In the districts you will find many more activities, from fairs to actions in the commercial hubs. A novelty will be Escenaris Nòmades, an itinerant proposal that will bring 100 performances of 8 shows, with music, games, theatre and circus, to the neighbourhoods.

Following the tradition, the nativity scenes in Plaça Sant Jaume and the Frederic Marès Museum will not be missing during this festive season, nor will the Christmas fairs: the Santa Llúcia Fair in Plaça de la Catedral, the Sagrada Família Christmas Fair, the Three Kings Fair on Gran Via, and all the district fairs where you can find traditional toys, gifts and handicrafts. On the evening of 5 January, the Three Wise Men are expected to arrive in the city and stroll through the streets to greet children and adults accompanied by their traditional retinue of magical creatures; the days before, between 27 December and 4 January, you can go to Fabra i Coats to discover the Three Kings Factory and see how the gifts are prepared. And great news: on 31 December, the popular New Year's Eve celebration on Avinguda de la Reina Maria Cristina wil be back: everyone is invited to the party that will bring 2022 to an end and welcome 2023, with a spectacle of light, pyrotechnics, fire, music and great projections.