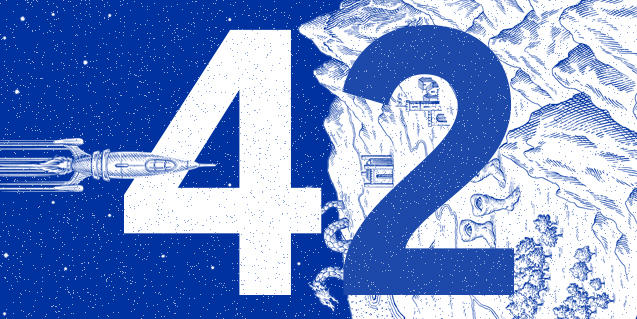 Dedicated to the fantasy genres, it will celebrate its first edition from 3 to 7 November at Fabra i Coats.

On Thursday, 17 June, a press conference was held to announce some of the details of a new literary event that will take place in Barcelona. The event is called 42, Festival de Géneros Fantásticos de Barcelona, and will be the only major festival dedicated to non-realistic literature in Catalonia and one of the few in Spain. It will start on 3 November at Fabra i Coats and will run until 7 November. Different libraries and bookstores will participate in the event, and around a hundred authors from all over the world have already confirmed their attendance. Among them, you will find Adrian Tchaikovsky, Elia Barceló and Albert Sánchez Piñol.

Curated by Ricard Ruiz Garzón, writer and professor at the Escola d'Escriptura de l'Ateneu Barcelonès, the festival 42 was born at a time of great enthusiasm for the non-realistic narratives, a genre that has reached many creative mediums as diverse as television series, cinema, videogames and, in a prominent way, literature. The name of the festival, 42, comes from the popularity of this specific number in many science-fiction and fantasy works. Over the five days of the festival, there will be talks, presentations, interviews, workshops, recitals and exhibitions. There will also be a celebration for the centenaries of Stanisław Lem and the word robot, as well as tributes to Douglas Adams, Ofèlia Dracs, Ana María Matute, Víctor Nubla and Domingo Santos. Prizes will be awarded to the best works published during the previous year. Tono Cristóbal Casadesús has designed the imagery for this first edition with illustrations by Álex Ferreiro Vaamonde and Mercè Iglesias.

With 42, Barcelona City of Literature UNESCO expands the range of literary festivals in the Catalan capital, including those dedicated to crime novels and poetry.