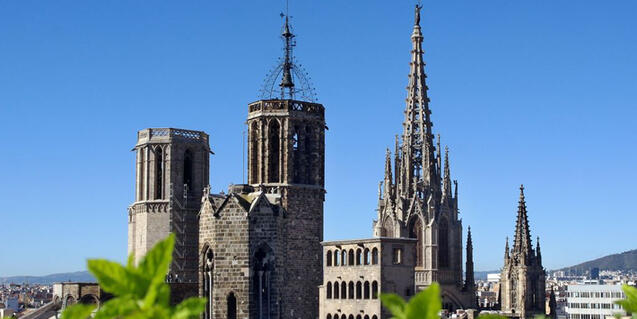 The Civic Centre Can Basté has scheduled three walks to discover some of the periods and events that marked the history and personality of the city. The routes, led by Pedro Guerrero and Sonia Tres, who are responsible for Viaje a la Barcelona secret, last approximately two and a half hours.

The tour Històries de l'edat mitjana will be on 22 January. It is a walk around the cathedral to learn about who lived in the city and how they lived there 700 years ago. At the time, Barcelona was the most important commercial emporium in the west of the Mediterranean, which marked the height of Catalan maritime hegemony. Visitors will discover mundane facts and trivial aspects of daily life such as food, customs, laws and the role of religion, combined with major issues including commercial activity, the Inquisition and the spheres of power. Guerrero will also showcase some details in urban planning and architecture which are often overlooked.

The route through the Ribera neighbourhood to visit Santa Maria del Mar, the Fossar de les Moreres, the Born, and the Parc de la Ciutadella will be on 19 February. Under the name 1714, it will tackle aspects of the War of Succession — like who defended the city and how — as well as the social, economic, political and urban consequences for Barcelona of Philip V's military victory and the imposition of absolutism.

To close the cycle, on 19 March, Sonia Tres will lead a walk through Sarrià named Besàvies feministes to give a local view of three pioneers of the feminist movement. These women are Dolors Monserdà, Carmen Karr and Dorotea Chopitea – though with very different ideologies, they share a common goal: To improve the condition of all women because both bourgeois and working-class women suffered from gender inequality. Inspired by the suffragette movement and other emancipatory currents of the 19th century, they sought ways to end the injustice.

The tours have limited capacity, so booking in advance through this link is advised. On the day of the walk, make sure to wear comfortable shoes and bring some water with you.