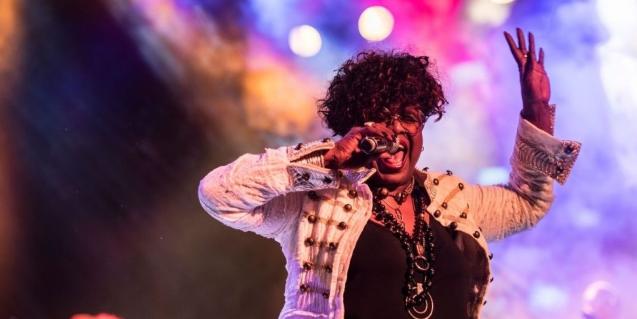 The singer pays tribute to the greatest hits of soul, funk, Motown and rhythm-and-blues music.

The New York-born, Catalonia-based Monica Green will perform at Luz de Gas on 27th January, a venue that the singer has performed on many occasions and where she feels at home. On this tour she will be performing her most ambitious large-format project to date. She is accompanied by a line-up of musicians from the band Project Soul, and Green pays tribute to great names in soul, funk, Motown and rhythm-and-blues music, performing many of the hits of these genres, but also some of her own songs. The concert will start at 1 am and tickets are available at the venue the same night.

Monica Green stands out for her powerful voice and her presence and personality on stage. She has had a passion for music since she was a little girl and through family influence: her father was a bassist, drummer and pianist, and her aunt, a jazz singer. She began her career as a backing vocalist, but soon began to play solo concerts and collaborate with artists such as Larry Blackmon and Jason Bryant of the SOS Band, among others. In the early 90s she fell in love with Barcelona and came to live and work there. Her first album as a soloist, Soul Shoes, was released in 1991, and she also made incursions into the world of musicals, participating in shows such as Blues en la Nit, with Àngels Gonyalons and directed by Ricard Reguant, and Cues de pansa, which was on the bill for a year. She has also participated in different radio and television programmes.