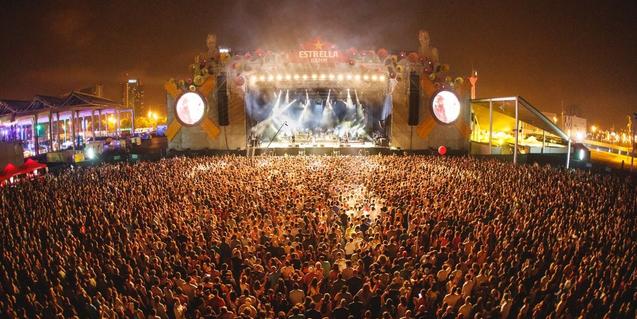 In the playlists of the festival you will find an extensive musical selection with songs by the artists who have performed there.

The Cruïlla Barcelona festival, which has been held every summer since 2010 in the Parc del Fòrum, is one of the city's great musical events and brings together thousands of people in each edition who want to enjoy a varied offer with outstanding national and international artists. More recent are the Cruïlla de Tardor and the Cruïlla de Primavera, events that, unlike the mother festival, do not schedule concerts in a single space and in a few consecutive days, but are cycles in which performances are proposed in different venues and distributed over the course of a few weeks. While we can’t enjoy live music, a good way to savor the good and best of what Cruïlla has offered so far is listening to the many playlists it has created on its Spotify channel, choose what you like best, and press play.

Cruïlla’s eclecticism makes the playlists very diverse as well. Thus, we find some of them dedicated to rock, pop, hip-hop, dance music, or even family music. The lists are not only designed according to musical genres: there are lists starring female voices, divas, versions of well-known songs, or Catalan groups and singers. In addition, there are also specific ones from many of the editions, that is, with songs by the artists who performed there.

Ultimately, on this channel you will find one or more playlists that match your musical tastes. Find out here.