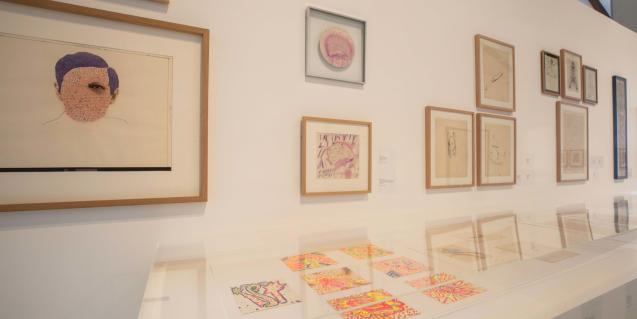 An exhibition reviews Evru's decisive years in Eivissa, a very fruitful period for this artist.

Last year, Fundació Suñol celebrated its 20th anniversary. It maintains intact its commitment to the dissemination of the Suñol Soler Collection and, at the same time, its determination to promote a project to encourage the dissemination and production of contemporary art.

Now, in this art space, a private non-profit organisation, a monographic exhibition dedicated to Zush/Evru is being organised. This well-known, veteran artist has been collaborating for years with the Fundació, which has more than 300 works created by him. The exhibition will be held in the former Gallery 2, the headquarters of the Fundació Suñol in Les Corts. In 1984, Zush began a two-year artist residency in this space.

Curated by Enrique Juncosa, Elena Ruiz (Museu d'Art Contemporani d'Eivissa) and Xavier de Luca, the works on display show this stage, based on experimentation, in which Zush creates very diverse works, in unusual formats and techniques, such as fluorescent painting illuminated by black light.

Josep Suñol Soler always felt great admiration for this artist, historically closely linked to the Fundació. Self-taught, Albert Porta is a Catalan artist who adopted the nickname Zush from 1968 until 2001, when he became known as Evru. His first work was shown publicly in 1964 and, since then, he has not stopped creating.

The exhibition is free of charge and will be open until 20 May.