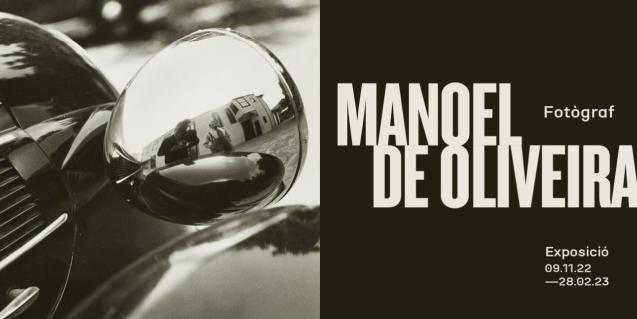 The Filmoteca is hosting an exhibition on the Portuguese director's work as a photographer, accompanied by a cycle of films.

The Filmoteca de Catalunya is dedicating the last exhibition of the year to Manoel de Oliveira's work as a photographer. The exhibition will be rounded off by an extensive retrospective of his early films, showing the influence the still image exerted on his film work. The tribute is therefore entitled Manoel de Oliveira, forògraf i cineasta.

With more than sixty films behind him, Oliveira is the longest-serving film director in the history of cinema, with a total of 84 years between his directorial debut and his last film, and the only one to have lived through the changes from silent to sound, from black and white to colour, and from nitrates to digital media.

Born in Oporto in 1908, Oliveira led a bohemian life until he became interested in cinema. In 1931 he shot his first short film: Douro, faina fluvial, about the world of trades and work around the Douro River. After the commercial failure of Aniki-Bóbó (1942), he took a fourteen-year hiatus during which he developed a growing interest in photography, which explains the rigour of composition and framing that generally characterises all his film work, until Um século de energia (2015).

His shots from that period shared the modern spirit that inspired his immediate subsequent films, in dialogue with Constructivism and the experimental aesthetics of the Bauhaus. This love for photography was also a determining factor in Oliveira's decision to become the director of photography for his own films, starting with O pintor e a cidade (1956) and continuing with the documentary O pão (1966).

The exhibition, organised by the Casa do Cinema Manoel de Oliveira - Fundação de Serralves and curated by António Preto, presents nearly one hundred photographs, most of them never before published, on the themes most frequently used by the author during that period: landscapes, still life, rural and urban views, architectural details, light effects, reflections and contrasts, etc.

The selection is accompanied by a retrospective of his films with copies from the Cinemateca Portuguesa and a cycle of activities that will begin on 8 November at 7 p.m. with the opening of the exhibition and will continue with guided tours by Glòria Salvadó (2 December at 6 p.m.) and Pedro Costa (19 January, at 6:30 p.m.), as well as the lecture L'elogi de la llum, by Marta Dahó.