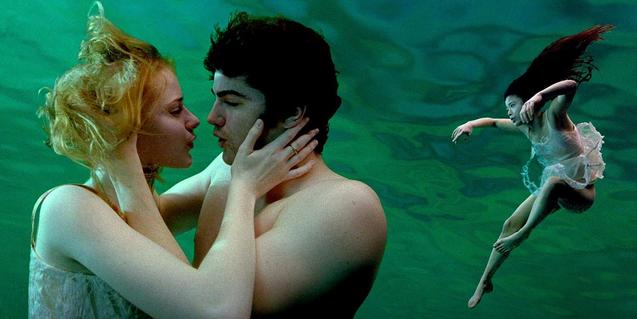 Over the summer it will be showing films such as Hello, Dolly!, Sweeney Todd and La La Land.

From the absolute classics to the genre’s most recent hits. The Filmoteca de Catalunya want to help cinema-goers to cool off with the greatest hits of a genre that rouses both love and hate in equal parts, but also one that, without a shadow of a doubt, has left film history with some great scenes and titles. Over the course of three months, from the beginning of July through September, this space in the Raval neighbourhood will be plunged into the world of musicals and, as you can well imagine, the screen will be graced by stars from Fred Astaire and Ginger Rogers to Barbra Streisand and Walter Matthau, while Woody Allen with Everyone Says I Love You and Johnny Depp as the demon barber Sweeney Todd will also be present. These are all grouped together under the title Musicals, tal com sonen (Musicals, just as they sound).

As of now, the Filmoteca has released the programme for July, a month jam-packed with films that cover the first half of the last century: Footlight Parade from 1933, Top Hat from 1935, Babes in Arms from 1939, Applause from 1929 and Viktor und Viktoria (Victor and Victoria) from 1925, to name just a few. There are also far more recent ones such as Across the Universe by Julie Taymor, a one-of-a-kind musical based around songs by The Beatles, and Velvet Goldmine by Todd Haynes, set in 1970s London, telling the story of a guy who breaks away from hippy culture to become the epitome of glam rock. Hello, Dolly! by Gene Kelly and Seven Brides for Seven Brothers are some of the much loved musicals that will be making a comeback at the Filmoteca, while in the coming months, films such as La La Land have been announced, probably the most recent great musical to become popular, which is also full of winks and nods to the classics.

You can check the programme on the Filmoteca’s website.