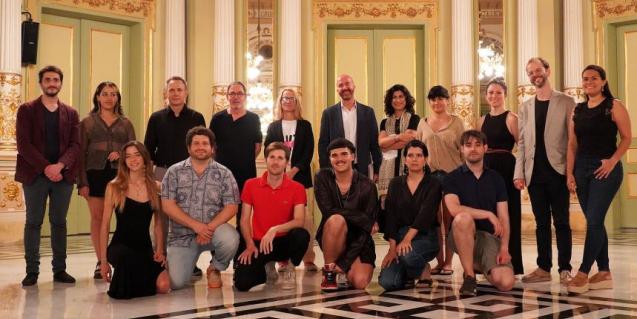 There will be four half-hour operas in one evening. This is the proposal of Òh!Pera, a project promoted by the Gran Teatre del Liceu, the Department of Tourism and Creative Industries of the Barcelona City Council, the Disseny Hub Barcelona and design schools in the city, which will be open to the public on 9 and 10 July, with two sessions each day. These are four small-format works with Àlex Ollé, artist-in-residence at the Liceu, as artistic director. One of the objectives of this initiative is to encourage experimentation and learning for young students from different design disciplines in the city through a real experience of operatic creation. The project is part of the implementation of the Government Measure for the Promotion of Creative Industries, which has the encouragement of talent as one of its priority lines of action. The composers were selected from the Barcelona Creació Sonora project by the ICUB (34 commissions to composers linked to the city of Barcelona) to get these creators closer to opera by giving them their first opportunity to dabble in this genre and by investing in the debut of new repertoires in the city's major musical institutions.