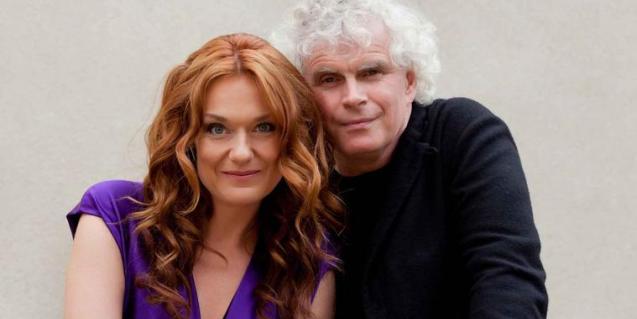 The Czech mezzo-soprano is offering a musical tour of Old Europe accompanied by Simon Rattle and a group of friends.

A soirée is an evening of songs in an intimate atmosphere among friends, just like the atmosphere that Magdalena Kožená will recreate on 29 June at the Gran Teatre del Liceu. The stage is huge, but the complicity and proximity with the audience will be guaranteed by the choice of repertoire, on the one hand, and by the accompaniment of the musicians, on the other.

With this small-format concert, Kožená will show the versatility of her voice and the infinity of nuances, colours and pastel tonalities based on the intensity of extended ranges.

The repertoire will be a stroll through the German Lied represented by Johannes Brahms (Fünf Ophelia-Lieder and 2 Gesänge, op. 91) and Richard Strauss (Three songs of Ophelia from Shakespeare's Hamlet), the French melody of Ernest Chausson (Chanson perpétuelle, op. 37) and Maurice Ravel (Chansons madécasses), and the music of the 20th century with Igor Stravinsky (Three songs from William Shakespeare). The programme will also include a nod to the performer's musical roots, with a selection of songs by Antonin Dvorák (Six songs arranged by Duncan Ward) and Leoš Janácek (Řikadla).

This is an original and highly varied compilation which will also feature one of Simon Rattle's extremely rare piano accompaniments.

Ticket prices range from 10 to 137 euros and can be purchased in advance at this link.