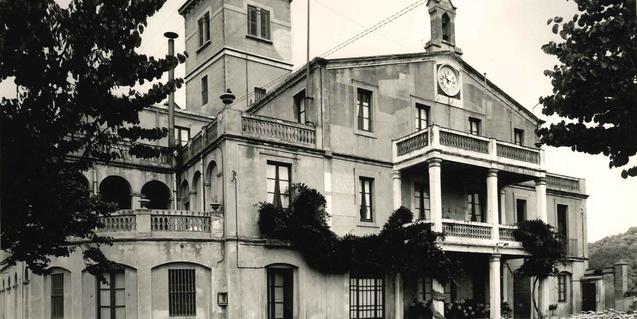 The MUHBA is offering a guided tour of the house where Mosén Cinto died, which is today dedicated to his memory and to the link between Barcelona and literature in general.

Jacint Verdaguer (1845-1902) is one of the great figures of Catalan literature. The popularity he achieved through poetry — especially with the publication of L'Atlàntida (1877) and Canigó (1886) — was decisive for the recovery and dignification of the social use of Catalan. He was ordained a priest in 1870 and lived for many years under the protection of the Marquis of Comillas. All of this was until his confrontation with the bishop of Vic, which distanced him from the elites and brought him even closer to the rest of the people.

His death shocked the whole of Catalonia, and his funeral became one of the largest demonstrations of mourning that has ever taken place in Barcelona. He got sick with tuberculosis and died in Vil·la Joana, an old farmhouse in the district of Vallvidriera, in the Collserola Natural Park. In the 19th century, the Vil·la was renovated to become the residence of the mayor of Sarrià, Ramon Miralles, who took in Verdaguer when he was ill with tuberculosis on 17 May 1902. The poet only stayed there 24 days, as he died on 10 June.

Since then, Vil·la Joana has become a place closely linked to the memory of one of the greatest exponents of the Renaixença, not only because it preserves objects and environments that are sentimentally reminiscent of his last days, such as the oratory, the chamber, the gallery or the desk he used, but also because the collections that have been brought together, largely thanks to donations from private individuals, help explain his literary and personal careers.

For all these reasons, some of the rooms became the first museum dedicated to Mossen Cinto in 1963. Today, Vil·la Joana is one of the heritage spaces of the Museu d'Història de Barcelona (MUHBA), which has made a place "of literature" a place "for literature". The MUHBA Vil·la Joana is also the creator of the Xarxa del Patrimoni Literari Català Espais Escrits and the Mapa Literari Català, which offers to read and listen online to the passages A Barcelona (1883) and L'alzina del Passeig de Gràcia (1900) by Verdaguer.

The writer is the backbone from which connections between the city, on the one hand, and the craft of storytelling and the world of books, on the other, are presented. That is why they celebrate the "Jornades Verdaguerianes" and several meetings and seminars every year. Among the related activities, there is also the literary route Altures i senderes: Verdaguer i Maragall diuen Barcelona, which goes from Montjuïc to Tibidabo.

The Vil·la Joana guided tour, named Verdaguer i Barcelona, is part of the MUHBA programme. It costs 5 euros and can be bought in advance through this link.